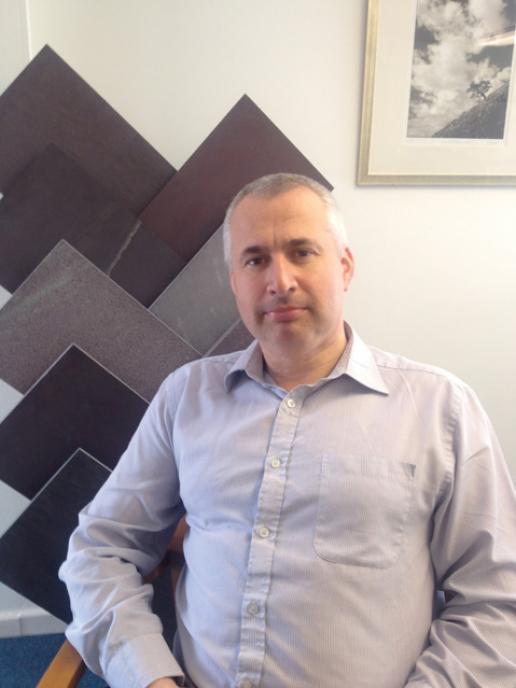 Mark Hodgkinson has taken over from Chris Allwood as Managing Director of Welsh Slate.

Just ahead of the Irish Lagan Group being taken over by UK aggregates company Breedon on 20 April, Welsh Slate, Lagan’s only asset outside of Ireland, appointed a new Managing Director.

He is Mark Hodgkinson, who takes over from Chris Allwood (who goes elsewhere in the Lagan Group).

Mark Hodgkinson has been Production Director of Welsh Slate for the past 11 years and before that was its Business Development Manager.

His expertise with slate goes back even further than that, to the time when, as an independent consultant, he worked extensively with the company in redefining manufacturing processes and material planning, and improving productivity.

Breedon has bought the Lagan Group for a cash consideration of £455million, making the acquisition Breedon’s largest to date.

Lagan is a leading supplier of construction materials and contract road surfacing with a modern cement plant in Kinnegad, Co Westmeath, nine active quarries, 13 asphalt plants and nine ready-mixed concrete plants. In the calendar year 2017 it generated revenues of £249million.

Breedon says Welsh Slate is a “really interesting and valuable” addition to its decorative aggregates business and, being a global brand, has an established distribution network that Breedon can use for the expansion of that business.

Welsh Slate, based in north Wales and working the quarries at Penrhyn and Cwt-Y-Bugail, was bought by Lagan Group in 2007, ahead of the previous owner, Alfred McAlpine, being bought by the lately failed construction giant Carillion.

The newly appointed Managing Director of Welsh Slate is a keen sportsman. Mark Hodgkinson’s career has included consultancy roles with foundries, in clay quarrying and processing, and with construction companies.

He will be leading Welsh Slate through what he considers could be a testing period for the UK construction sector but believes the versatility of what is widely considered to be one of the best slates in the world means there are many opportunities ahead.

He says: “Welsh Slate is fortunate in that it is a much sought after material for heritage and specified projects, but it is important for our customers that we continue to provide sustainable reserves of material, innovative use of materials, and value for money, and I am looking forward to driving that on behalf of the company.

“However, we will never lose our craft. We have an incredibly passionate and resilient team, who, while honouring [the craft], have not been scared to develop other skill sets to remain competitive. I am proud to be a part of that team.”