Some corner of a foreign field that is forever England 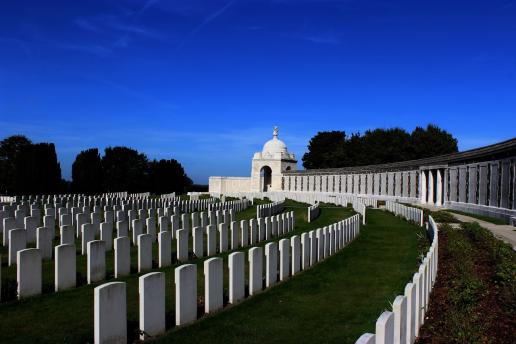 The Tyne Cot cemetery in Belgium where 3,605 British and Commonwealth soldiers are buried, each grave marked by a Portland limestone headstone without favour for rank or social position. Find out more by visiting the Commonwealth War Graves Commission's new online exhibition at https://shapingoursorrow.cwgc.org/

All photographs courtesy of the CWGC.

The four years of World War I centenary commemorations came to an end on 11 November with Armistice Day services at war memorials up and down the country as well as at the Cenotaph in London. But there is no end to the work of the Commonwealth War Graves Commission (CWGC), which raised and looks after collective memorials and individual headstones to 1.7million servicemen and women who died in the two world wars.

At Albion Stone on Portland in Dorset, the source of the famous Portland limestone used for so many of the CWGC memorials, including Sir Edwin Lutyens' Cenotaph itself, the work continues. There are currently 750 replacement headstones in production for the CWGC.

Not all the CWGC memorials are made of Portland stone. In fact, in recent years the Commission has sought out stones from elsewhere in Europe. However, that has raised questions of durability, with few matching the resilience of Portland or having the poignancy of the British stone to mark the graves of British soldiers buried in the foreign fields where they fell. That's why Albion is now making 750 headstones in its Portland Basebed stone.

Not that the CWGC only commemorates the British men and women who died. It takes responsibility for memorials in 23,000 locations across more than 150 countries to all those from the Commonwealth who fought and died alongside the British. 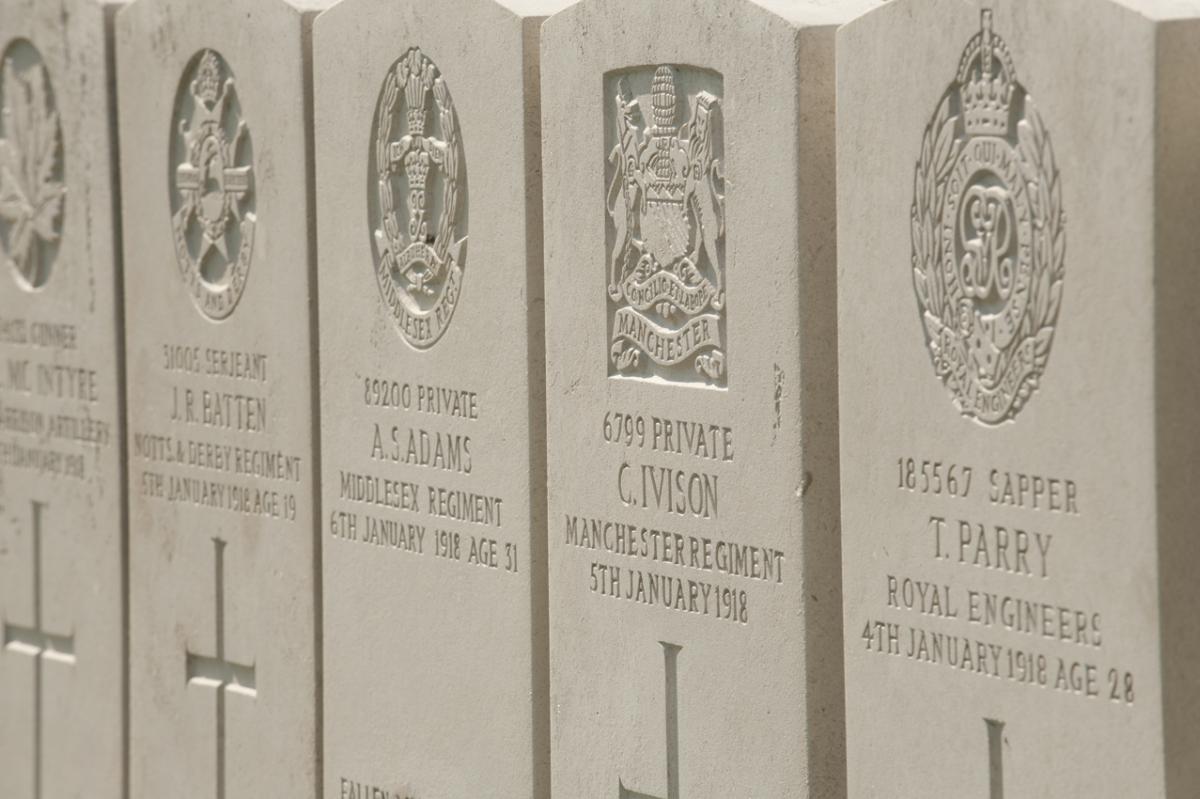 They are all commemorated equally, without favour for rank or nationality, which was the cause of some controversy when the decision for such egalitarianism, at least in death, was decided upon after World War I. And there was more controversy over the decision to use a headstone rather than a cross to mark the graves.

You can read about that controversy and the development of the CWGC in a new online exhibition created by the Commission. It is called ‘Shaping Our Sorrow’. It explores how the CWGC shaped remembrance after the First World War by providing a physical form and emotional outlet for a nation and a world in mourning with so many having first-hand experience of losing family members and friends in the conflict.

'Shaping Our Sorrow' showcases some of the CWGC’s archive collections, many of which have never been on public display before. It is structured around the five stages of grief and highlights not just the history, but also the emotional context of the CWGC's work. Click here to visist 'Shaping Our Sorrow'.

Jon Gedling, the Commonwealth War Graves Commission’s Director of Works, says: “When the guns finally fell silent a century ago, the Commission began the mammoth task of remembering the war dead. Only the very best materials were fit to mark the graves of the fallen and we began our long association with Portland stone – producing more than a million headstones to mark the graves of those who had sacrificed their lives to defend our liberty.

“Behind the names on each stone is a human story and to this day the Commission replaces and re-engraves thousands of headstones to ensure our war dead, and their stories, will never be forgotten. 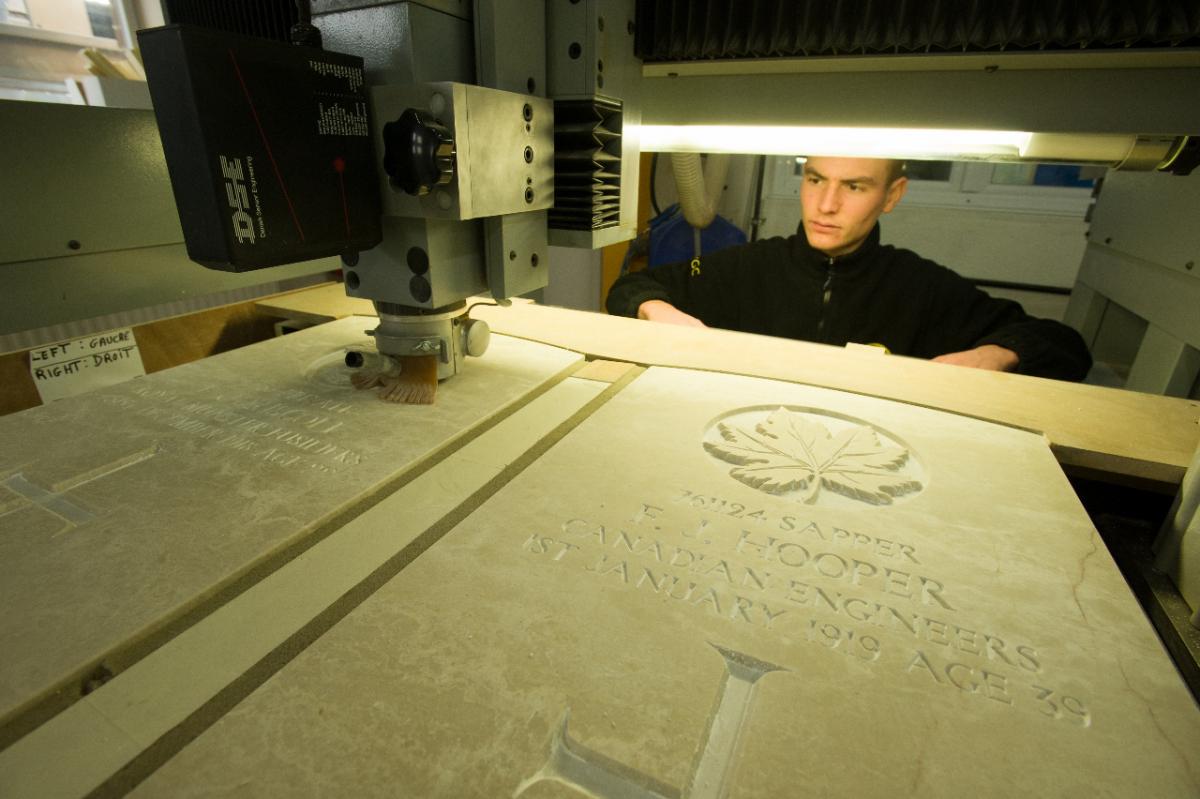 “We are delighted to have worked with Albion Stone for so many years and to still be able to use Portland headstones when we need replacements – staying true to that principle that only the best is fit for our war heroes.”

As well as continuing to supply the Commonwealth War Graves Commission, Albion Stone also produced the Flanders Memorial Garden in Australia, the RAF Bomber Command Memorial in London, the 43m diameter circular memorial at the National Memorial Arboretum in Staffordshire, the Gurkha Memorial in Kent, HMS Illustrious Memorial in Dorset and the Frankton Memorial in Le Verdon-sur-Mer, France.

Albion Stone says it is proud to provide the Commonwealth War Graves Commission with the highest quality Portland Basebed for the headstones.

by Rupert Brooke, who died on active service in World War I in 1915

IF I should die, think only this of me;
That there's some corner of a foreign field
That is for ever England. There shall be
In that rich earth a richer dust concealed;
A dust whom England bore, shaped, made aware,
Gave, once, her flowers to love, her ways to roam,
A body of England's breathing English air,
Washed by the rivers, blest by suns of home.

And think, this heart, all evil shed away,
A pulse in the eternal mind, no less
Gives somewhere back the thoughts by England given;
Her sights and sounds; dreams happy as her day;
And laughter, learnt of friends; and gentleness,
In hearts at peace, under an English heaven.