Natural stone mapping project in danger of running out of money 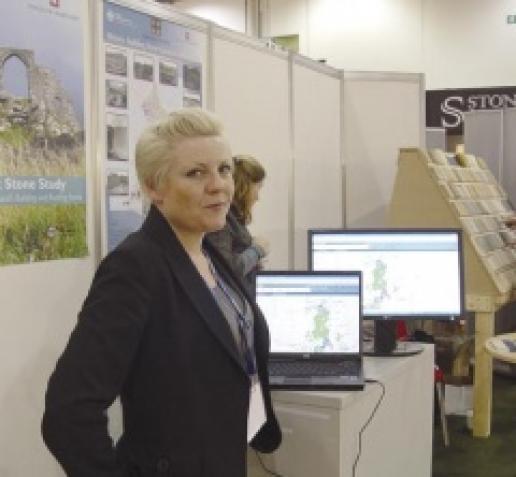 Tarnia McAlester, who heads the Strategic Stone Study. The information collected so far can be seen at maps.bgs.ac.uk/BuildingStone.

The Strategic Stone Study, the most ambitious project ever undertaken to identify and record the sources and uses of England’s building stones, might never be finished because of a lack of funding.

With the project about 60% completed, the Department for Communities & Local Government (DCLG), a key partner, is no longer able to help with funding due to budget cuts. As a result, English Heritage is looking into ways to plug the gap so the project can continue.

But at the moment it looks as if it will be suspended at the end of September and Tarnia McAlester, who has been running the Strategic Stone Study for English Heritage, will be out of a job.

The Strategic Stone Study has been undertaken by English Heritage in co-operation with the British Geological Survey (BGS), who are collating the information gathered on the ground into a geological information system (GIS), which has layers of information laid on top of each other on a map. You can see what has been gathered so far on the BGS website (mapapps.bgs.ac.uk/buildingStone/BuildingStone.html).

The Study grew out of the 2004 Symonds Report, Planning for the Supply of Building and Roofing Stones in England and Wales, commissioned and published by what was then the Office of the Deputy Prime Minister.

The Symonds Report was intended to answer questions about the stone industry in the UK and the supply of indigenous building and roofing stones so that planning authorities could ensure sources were not sterilised by uses that stopped them being quarried and that their planning policies allowed the stone to be extracted.

But the Symonds Report identified a problem: the lack of information about the sources and building uses of the indigenous stones of England and Wales on which to base informed opinion.

Working out ways to gather and present the information were protracted and difficult but the study finally got under way in September 2007.