£2million from the Lottery for Hadrian's and Antonine walls 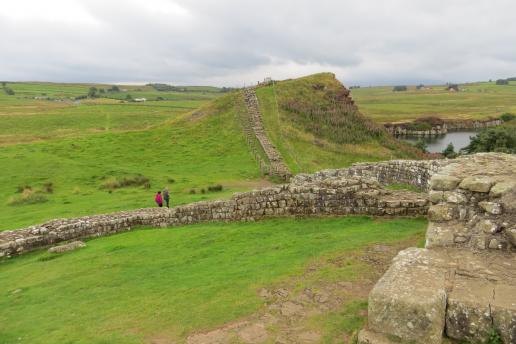 £2million of Heritage Lottery Fund money will help preserve the Roman walls of the Emperor Hadrian and Antoninus Pius.

Hadrian's Wall and the lesser known and less well preserved Antonine Wall have been awarded £2million from the Heritage Lottery Fund to help train a volunteer army to survey and carry out repairs to the Roman remains.

There will be a campaign to locate missing stones, which were taken after the Romans left Britain in about 400AD by local populations to build houses, farms, field walls, and churches.

A number of locations along the 89miles (135km) of Hadrian's Wall are at risk of damage from the weather, tourism and invasive plant species. Using the grant of £1.17million, Newcastle University will work with community volunteers, who it will teach to carry out digital surveys to record the condition of the wall. Volunteers will also be taught how they can carry out some minor conservation work to help prevent further deterioration.

The funding will also be used to address the lack of awareness about the Antonine Wall, which is mostly turf and includes a ditch and stretches 37miles (60km) between the firths of Forth and Clyde. It briefly marked the northernmost point of the Roman Empire before the Romans retreated from Scotland.

The £980,600 of Lottery cash going to the Antonne Wall will fund a programme of 30 community-designed projects across the five local authorities it passes through.

Ros Kerslake from the Heritage Lottery Fund says: "What were once built as barriers will now bring communities together to explore and celebrate their shared heritage. The legacy of the initiatives announced today will be that these internationally-important ancient monuments, and the fascinating history they tell, will be better understood and cared for by their communities well into the future."