Strategic Stone Study to be relaunched and promoted 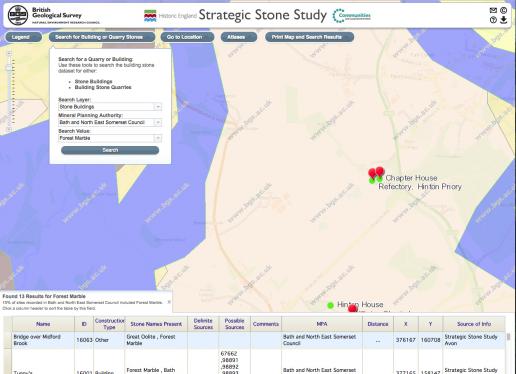 The Strategic Stone Study has been completed and will be relaunched as the Building Stone Database for England.

The Strategic Stone Study, which has been described as “the most important project ever undertaken to identify and record the sources and uses of building stones in England” has been completed this month (March).

As it will now no longer be a study, it  will be relaunched as the Building Stone Database for England, possibly later this year, possibly at the Natural Stone Show in London in 2021, says Clara Willett, Historic England’s Senior Building Conservation Adviser heading the project.

“We have plans to promote this online resource more widely and as part of this we are asking users to complete a short online survey,” says Clara. If you would like to participate in the survey, go to bit.ly/Stonesurvey.

The Strategic Stone Study started as a response to the Symonds Report on the stone industry, Planning for the Supply of Natural Building and Roofing Stone in England & Wales, published in 2003. The report said there was no one source of what stones had been and were being extracted in the UK and where they had been used. The Strategic Stone Study was intended to correct that.

One of the aims of gathering the information was to help avoid sterilising important building stone resources by developing over them. The study identifies the locations of quarries from which building stones have come.

The Strategic Stone Study is a collaboration between what was at the beginning English Heritage and is now Historic England and the British Geological Survey (BGS). The BGS has put information gathered in the survey on to a Geological Information System (GIS) map that can be freely accessed at bit.ly/buildingstone.

More than £1million was made available for the project, which has included creating informative and useful regional atlases of building stones and their uses in England. They can be downloaded from bit.ly/stone-atlas and are also available on the BGS map.

This has been an excellent and useful resource for anyone with any sort of interest in building with natural stone, whether in historic examples, or with an eye to ecological responsibility in modern planning and architecture. Good to hear that it is stepping up a notch. It would be excellent to see a more penetrating promotion exercise carried out this time, with a fuller representation in social media.