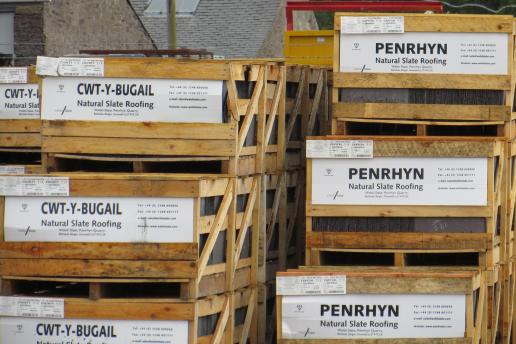 Welsh slate has been designated as a Global Heritage Stone Resource.

Welsh slate has joined the international list of stones designated as a Global Heritage Stone Resource (GHSR). Portland limestone was the first on the list in 2017.

Welsh slate is still widely used as a roofing slate, especially on heritage projects. And not just in Wales and the rest of the UK. In its 19th century heyday it was exported all over the world, which helps to maintain its position in the international market today.

And it is not just for roofing. Welsh slate is a particularly non-porous, inert stone that is also excellent for paving and walling for hard landscaping and housing. It makes resilient memorials that can be finely lettered. And these days it has various other uses for floors and worktops and for tourist memorabilia in Wales.

The current Welsh slate listing covers the Cambrian slate to the west of Snowdonia only. The idea is to have a future application for a GHSR covering the Ordovician slate in most of the rest of Wales and then apply for a 'Domain' category listing covering all Welsh Slate.

The applications for listings have to be published in geological journals, which means they are all peer reviewed before they are considered by the International Union of Geological Sciences (IUGS), which manages the GHSR scheme. Some criticise the scheme for taking geological time to get a stone listed.

Cambrian Welsh slate is one of six stones that have been added to the Global Heritage Stone Resource list in this latest round. The others are: Maltese Globigerina limestone; Lioz from Portugal; Lede stone from Belgium; Jacobsville stone from the USA; Kolmården serpentine marble from Sweden; Piedra Mar del Plata from Argentina.

The designation requires stones to have been in use for at least 50 years and be commonly recognised as a cultural icon.

The GHSR designation was set up in 2008 to seek international recognition for natural stone resources that have achieved widespread utilisation in human culture. It aims to promote greater prominence for natural stone that has been used in artistic and architectural masterpieces and heritage buildings, as well as for routine historic stone applications.

It also aims to enhance recognition of natural stone among geologists, engineers, architects, heritage professionals, stone industry managers and other groups that work with stone, but has been criticised for failing to pursue this aim. However, it says moves are under way to start a social media campaign to raise the profile of the scheme this year.

The designation of a GHSR could help to protect geologically important sites from sterilisation as a result of other uses of the land from which stone can be extracted. That could help secure future planning permissions by encouraging planners to allow quarry and mine extensions.

Stone roofing expert Terry Hughes, a former technical manager with Welsh Slate, current chairman of the Stone Roofing Association and one of the authors of the submission for Welsh slate to be designated as a Global Heritage Stone Resource, says: “We were a supporter of the GHSR concept from its inception. It has been a long haul writing the proposal at the same time as the designation scheme was being developed. We are now delighted that the importance of quarrying and the continued production of Welsh Slate especially, has been recognised. All too often the public forget that almost everything they use which isn’t a plant probably came out of the ground.”

You can read and download the full submission for Cambrian Welsh Slate here.

The IUGS adds: “Natural stone rarely excites major interest despite the fact it has been used for construction and other purposes for thousands of years and is part of human tradition. Yet natural stone is also the world’s most sustainable mineral resource because it requires less energy to utilise, produces no toxic by-products, and provides the earth’s most durable construction material. So natural stone should create more than passing curiosity.”

Michael Hallé, the Welsh Slate Ltd Commercial Director, said: “This is international recognition of the importance of the slate produced from the Cambrian stone in Penrhyn and is important for heritage buildings all around the world.”

The Slate Landscape area proposed as a World Heritage Site runs throughout the county of Gwynedd It was assessed for World Heritage Status by a UK panel of experts last year and will now be formally presented to UNESCO. It will first be considered by the International Council of Sites & Monuments, followed by the World Heritage Committee in 2021.

The main features of the Slate Landscape are:

1.         Penrhyn Slate Quarry and Bethesda, and the Ogwen Valley to Port Penrhyn

4.         Gorseddau and Prince of Wales Slate Quarries, Railways and Mill

5.         Ffestiniog: its Slate Mines and Quarries, ‘city of slates’ and railway to Porthmadog

If it is successful, the Slate Landscape will be the fourth UNESCO World Heritage Site in Wales, sitting alongside the Blaenavon Industrial Landscape, the Castles & Town Walls of King Edward at Gwynedd and the Pontcysyllte Aqueduct.

Michael Ellis MP, Minister for Arts, Heritage & Tourism, said during a Parliamentary reception for the Slate Landscape on 23 October: “Gwynedd’s slate landscape is hugely important. Its vast quarries and mines have not only shaped the countryside of the region but also countless buildings across the UK and the world.”

UK Government Minister for Wales, Mims Davies, said at the event: “It gives me great pleasure to see that the world-renowned slate landscape of Gwynedd has been selected as the UK Government’s preferred UNESCO World Heritage Site nomination. An accolade such as this not only highlights the immense beauty and history that Wales has to offer but also acts as a catalyst to investment and tourism. The status, which is globally recognised, would help to revive and grow the economy of the slate areas that have had such a significant influence on the communities and heritage of North-West Wales.”

Pictured below is the Penrhyn Welsh slate quarry in north Wales operated by Welsh Slate, which became part of  Breedon last year as part of Breedon's takeover of the Lagan Group (read more...). 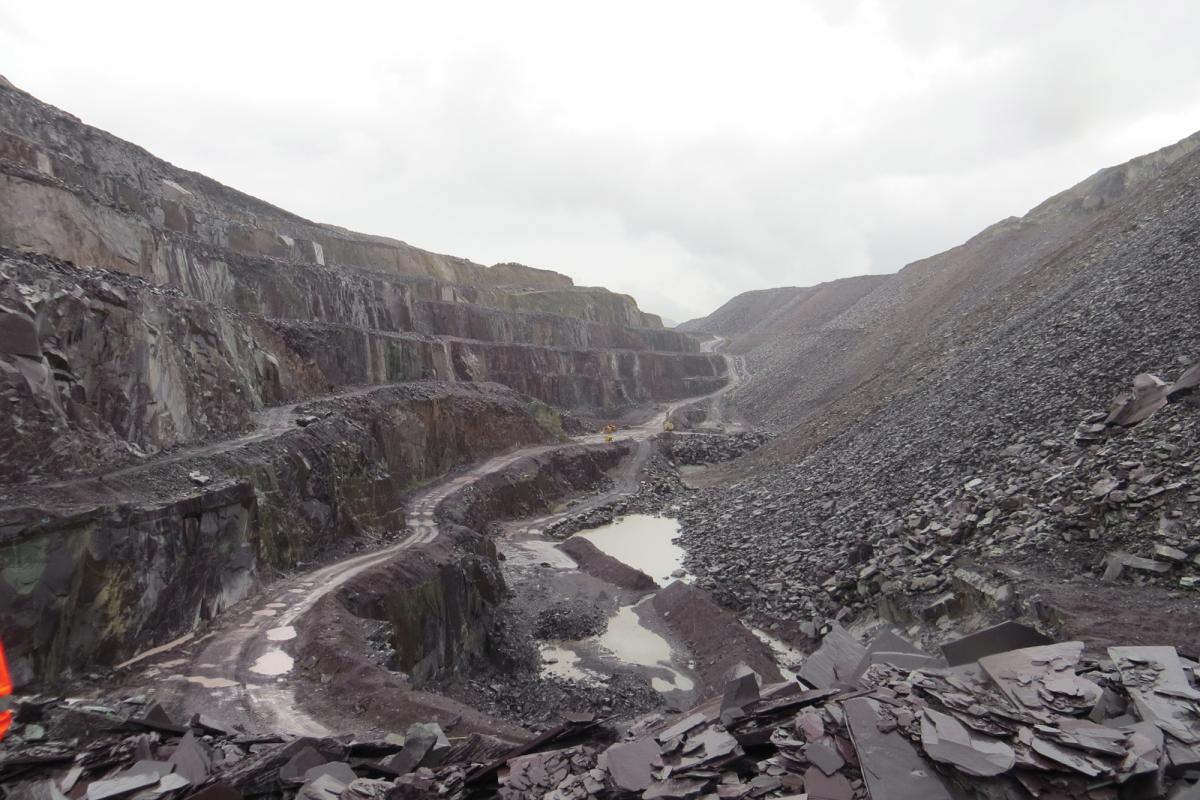