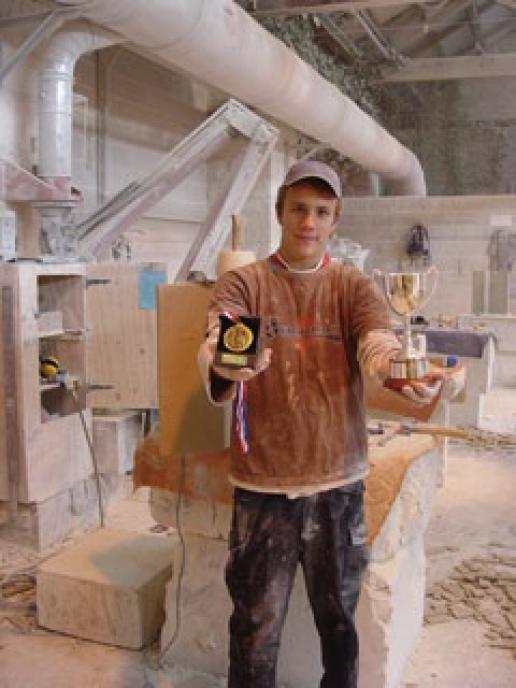 Skills : Training
Apprentices will be leaving colleges in the future with a Construction Diploma rather than a Construction Award. With the change should come a broader knowledge of the industry – which is just what companies wanted

Employers can now apply for a slice of a record £170million of training grants available from CITB-ConstructionSkills.
And you can now claim grants for adult training courses and courses in sustainability and innovative methods of construction, as well as for traditional construction, health & safety or apprenticeship training.
The CITB-ConstructionSkills Grants Scheme is constantly reviewed and the process of getting a grant is currently being simplified even further.
Already, employers can access grant statements on-line and arrange visits from Company Development Advisors who will provide face-to-face guidance on training and the funding that is currently available for it.
Douglas Matthew, the Head of Finance at ConstructionSkills, said: “Smaller businesses lose thousands of pounds a year just through materials errors, skills shortages and on-site accidents – that’s why training is a must for employers of any size.”
A booklet summarising this year’s grants is available, along with information on the benefits of training and the types of support on offer from ConstructionSkills.

Nathan Smith (pictured above), an apprentice with Portland stone company Stone Firms, has just finished three years of studying stonemasonry at Weymouth College. But he does not consider his education is over.
“In stonemasonry you’re always learning something different,” he says. It is one of the attractions of the craft to him. And, he says, he likes the fact that although you can be taught techniques you also have to find solutions for yourself because there is always something new with every job.
Nathan has been one of Weymouth College’s and Stone Firms’ star students and gained another Gold Medal (and a £300 cheque) for his work before the academic year came to an end in July, this time as winner of Stone Federation’s UK Masonry Skills Challenge held at York.
Last year he won the Gold Medal (and a £300 cheque) in the SkillBuild competition, having been Bronze winner the year before. In gaining the Gold he also became the first masonry student to win the Frank Eaton Trophy (and £1,000) for being best among all the trades in the SkillBuild contest. And he was invited to join the British WorldSkills team in Korea last year as an observer as well as being short-listed to be in next year’s WorldSkill’s competition as a competitor.
Nathan entered the stone industry on the saw at Purbeck quarry company D&P Lovell but was fascinated by the work of the masons and persuaded them to teach him in his spare time. Lovells enrolled him at Weymouth College, where it was apparent he had a natural talent for stonemasonry – on his initial attempt to square up a block it actually was square first time.
One of the lecturers at Weymouth, Darren Lawrence, had a brother working at Stone Firms on Portland and Nathan moved to Stone Firms, where he had the opportunity to work on a much more varied range of masonry that allowed him to develop his skills in line with his college work.
The opportunity of going to Korea with the British World Skills team has given him an enthusiasm for seeing more of the world. Although he says he doesn’t fancy working on the floor like the Koreans, he would eventually like to work somewhere such as Australia, where skills such as his are in short supply.
Nathan liked stonemasonry straight away. “I’ve always been good at practical work – I get bored quickly just sitting in an office. I don’t really watch any TV. I like to be doing things.”
Andrew Lelliott, his production supervisor at Stone Firms, says Nathan has a natural talent for stonemasonry. “I’m a stonemason – I’ve been in the trade 20 years – and I could spot straight away Nathan was good,” he told NSS. “He’s got a natural knack of understanding the stone. He’s good at reading drawings and making moulds.
”You have to get your mason’s eye and some people are better at it than others. Nathan can see what’s straight. It’s about reading the stone. Nathan can see the finished job before he’s started.”
Andrew has allowed his star apprentice to have the pick of his tools for the competitions. “He’s making a blooming fortune from it – all those cheques he’s getting.”
But Andrew is also making sure Nathan does not get carried away with his success. “It’s my job to keep him in check here and make sure he doesn’t get too big headed.”
Stone firms also have two trainees who will be starting their second years at Weymouth in September. And no doubt they will be attempting to knock Nathan off his pedestal.