What can a Generation Z apprentice bring to your business? 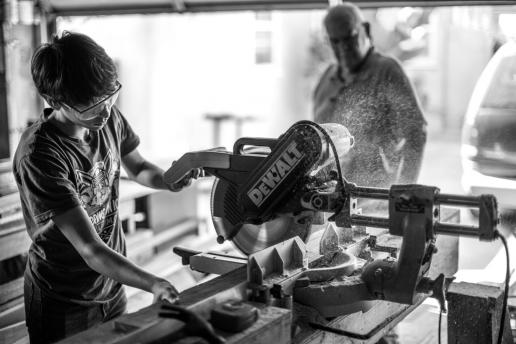 Generation Z has skills your business is going to need, as we discover in National Apprenticeship Week (4-9 March).

As this is National Apprenticeship Week (4-9 March) we thought we would ask Ryan Latham, Senior Marketing Executive at 3B Training, to tell us what a Generation Z apprentice could bring to your business.

Whether there is any real value in categorizing age groups as 'Millennials', 'Generation X', 'Generation Y', 'Baby Boomers' or anything else as if everyone in that age group had exactly the same traits is a moot point. Nevertheless, the younger generation certainly has an affinity with the information technology it has grown up with that older generations can struggle to appreciate. And with Industry 4.0, the Internet of Things, Telemetry, Social Media, Artifical Intelligence, Virtual Reality and all the other elements of the computerised, connected world now an integral part of everyday life, it is useful to have someone around who can cope with it all at an instinctive level.

So let's assume that 'Generation Z' can be categorised as a coherent group and ask who exactly they are and what they can bring to the party.

This is what Phil Parker tells us:

You’ll be forgiven for thinking that young people these days are Millennials. This common term seems to be thrown around whenever people are describing, or complaining about, the youth of today.

We’ve put together a list of what are considered to be Generation Z behaviours to help you understand how they can support your business as an apprentice, so there’s no need to worry if you don’t know whose finstagram is lit or what on earth ‘yeet’ means.

Whereas Millenials grew up in the digital age, Generation Z was born into it. What was a learning curve of new technology for their parents has become second nature to them.

It might be tempting to bellyache about them being glued to their smartphones, but what this has resulted in is a generation of people who can easily wrap their heads around new technology.

As even something as traditional as the stone industry goes ever further along the route to CNC technology, robots and computerisation, these skills are every bit as important... perhaps even more important than any other skill set. As the next generation of apprentices integrate into their roles in your company, just make sure you have superfast WiFi.

When kids have grown up using Facebook, Twitter, WhatsApp and Instagram (sometimes all at the same time) is it any surprise that they are skilled at multitasking?

Whether it is posting, commenting or swiping, Generation Z has adapted to using multiple platforms simultaneously. This ingrained skill is adaptable to almost any work environment, meaning you’ll have no trouble putting this to good use.

Generation Z is constantly absorbing information, often at the blink of an eye. Spending their youth surrounded by apps such as Snapchat and Vine has made receiving constant updates the norm, which is often accused of having stunted their attention spans.

Although your office meetings are unlikely to last less than 10 seconds, this doesn’t mean your Generation Z trainees won’t take anything in. As they’re accustomed to receiving a barrage of updates, they have a knack for processing information faster than their predecessors and are highly adaptable to change.

So, whereas Brian in Accounts might not like the new operating system, his Generation Z trainee will have explored, understood and accepted it as soon as it arrived.

Because Generation Z has grown up in a world of innovation, full of developing technology and connected to every corner of the globe, it has seen what’s possible and they want a piece of the action for themselves.

This has resulted in a generation of young adults who are starting their careers with an entrepreneurial head on their shoulders. They are full of ideas - so use those ideas before someone else does.

What does this all mean for your business? Whether it’s drones on construction sites, virtual reality in architects' and designers' offices and in showrooms, or artificial intelligence in factories and business management, technology is evolving fast and finding new niches across all industries. By employing a team used to innovation, you’ll be ensuring that your business can keep up with the rapid pace of change.

Generation Z has advantages, simply due to the way these people have been raised in the digital age. By being familiar with technology, expert multitaskers and full of fresh ideas, they are in a great position to become an asset to your business. Plus, as they are quick at absorbing new information, they are ideal candidates for training courses to help them develop further.

By the way, 'yeet' is used as an expression of excitement. It was originally a dance involving outstretching arms and bending knees.