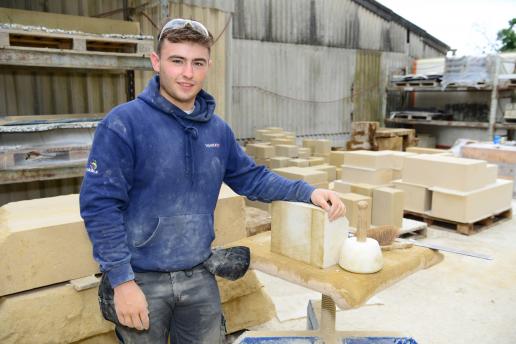 Toby Brook (above), who works for Wells Cathedral Stonemasons and trains at Bath College, and Archie Stoke-Faiers (below), who trained at Weymouth College and is now self-employed, will find out on 28 April which one of them will represent UK stonemasonry at WorldSkills in Abu Dhabi this October.

Young stonemasons Archie Stoke-Faiers and Toby Brook and tilers Kieran Magee and Armondas Tamulis will find out on 28 April which of them will be off to Abu Dhabi in October as part of Team UK at WorldSkills. 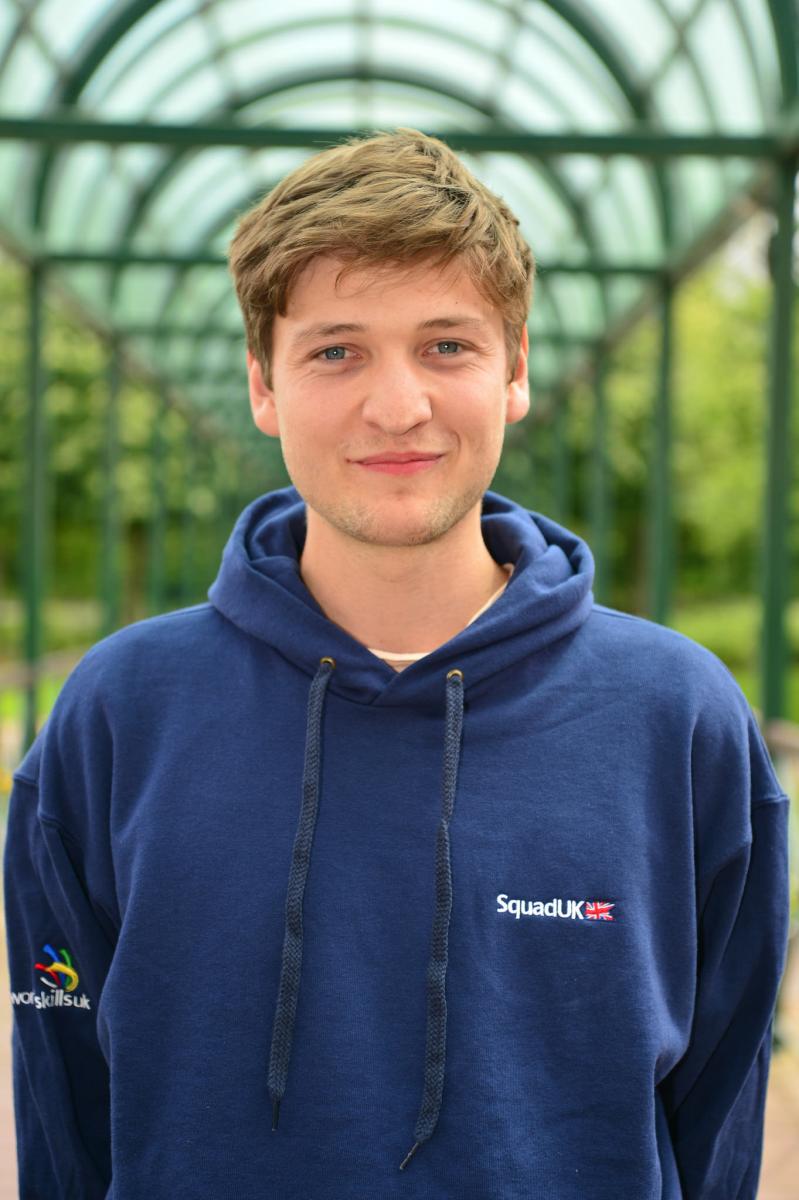 Billed as the world’s toughest skills competition, every two years WorldSkills sees more than 1,000 tradespeople under the age of 23 from around the world come together to compete to be named top in their skill. The competition takes place this year from 14 to 19 October with more than 70 countries sending teams – one of which is from the UK.

Among those participating in a 22hour, four day competition from 29 March to 1 April at Stockport College with the hope of winning the one place in their respective skills in Team UK, were:

Kevin Calpin, of Calpin Associates, trained both Toby and Archie for the selection competition and will continue to work with whoever is selected, preparing them for the international competition.

Paul Doran, a lecturer at Southern Regional College, has trained both Kieran and Armondas for the selection competition and will continue to work with whoever is selected, preparing them for the international competition.

To add to the competitive element, the guys worked alongside guest competitors from Russia and Denmark.

The British finalists were selected after being invited to join the WorldSkills UK International Training & Development Programme as a result of their performances in national SkillBuild competitions run by CITB, culminating in finals at The Skills Show in November at the NEC, Birmingham – this year's Skills Show is 16-18 November.

Before the competition for the WorldSkills team places started, Dr Neil Bentley, Chief Executive of WorldSkills UK, said: “Representing your country on the world stage is no easy feat. It takes hard work, determination and the highest level of skill. They have all demonstrated all of these attributes and many more, and I wish them the best of luck as they compete for a place in Team UK.

“Participation in the international WorldSkills Competition enables the UK to benchmark apprenticeship standards in this country with those around the world.  It also provides us with a global platform to promote how skilled we are as a trading nation, helping the UK secure its future global competitiveness.”

The UK representative will be revealed in the May issue of Natural Stone Specialist magazine. You can subscribe to the magazine here...