Innovations at the NAMM Tradex memorial masonry exhibition in Warwickshire

Sally Clarke of Odlings MCR, which supplies machinery and equipment to memorial masons, cracked open the Champagne as NAMM Tradex exhibition came to an end on Friday (21 June). She had a bag full of enquiry forms to follow up from those who had visited the exhibition during its two-day run in Warwickshire Event Centre just outside Leamington Spa.

Although the Odlings machinery and equipment company was at the exhibition, the associated memorial wholesaler Odlings was not. All the major memorial wholesalers who have attended the previous two shows had decided not to attend the exhibition this year and there were some concerns that the decision might make visitors stay away. Not all the exhibitors had high expectations of Tradex this year when the show opened on Thursday morning but most were happier by the time it closed on Friday afternoon and they had orders and enquiries to process. 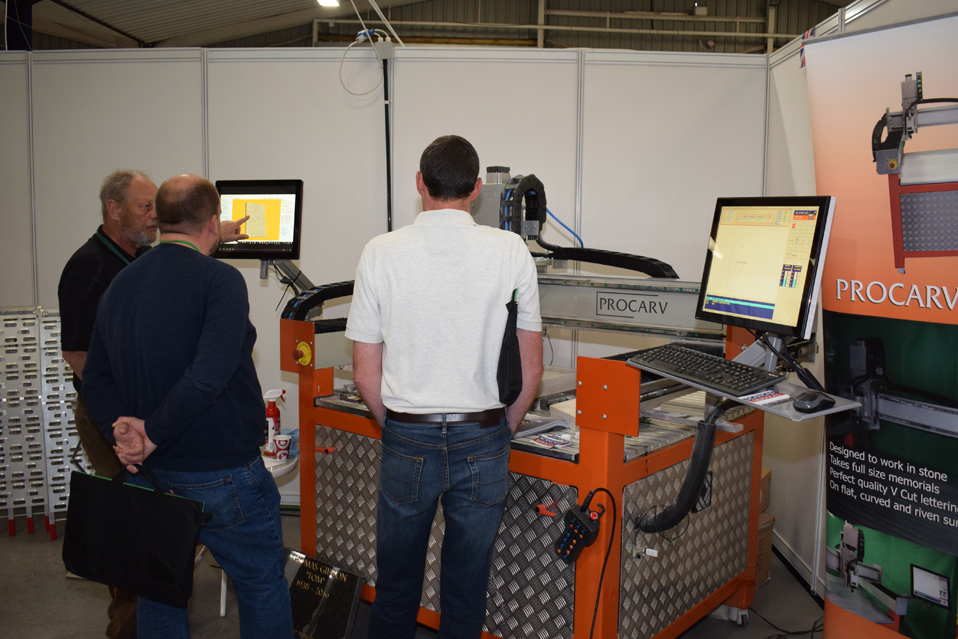 The memorial wholesalers decided not to attend this year because they say a show every two years is too frequent to allow them time to develop new ranges. They want the show to be held every three years. They made that point after the first stand alone NAMM Tradex at the Warwickshire venue in 2015. They made it again after the 2017 show but NAMM decided to hold the show again this year rather than waiting until next year. The wholesalers said they would not produce new ranges, with the photographing and production of catalogues that that involves, and so stayed away this time, although they say they will be back next time.

So the show went ahead with 23 companies showing a variety of products mostly associated with the production and fixing of memorials and ancillary items such as plaques, with near field communication (NFC) technology making inroads into them so mobile phones can be used to connect to websites. There was even the introduction of a new, waterless, air-cooled three-axes CNC lettercutter and carver made in the UK. It is specifically for memorial masons, although it can produce V-cut lettering and relief carving on any stone, from granites to limestones. A vacuum extractor encapsulating the head is said to keep the atmosphere cleaner than wet cutting. 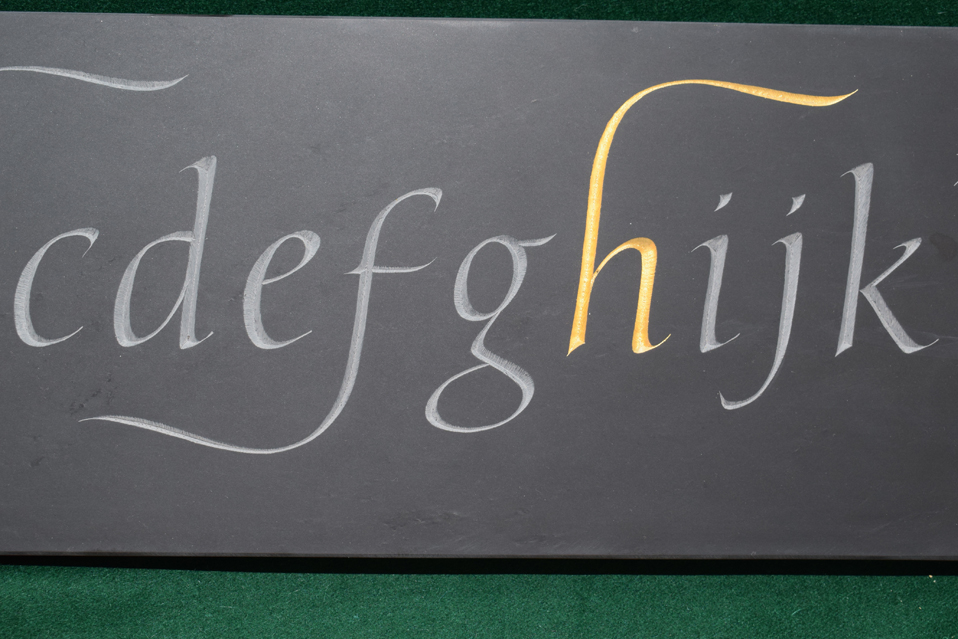 The Craftex competition of memorial lettering and decorating skills attracted plenty of high quality entries. The competition does tend to be dominated by the wholesalers, but their absence from the exhibition had encouraged more of NAMM's members to enter the competition this time, especially with examples of V-cut (and other) lettering.

You can read the report from Natural Stone Specialist magazine here.

To read the preview of the show from the magazine click here. 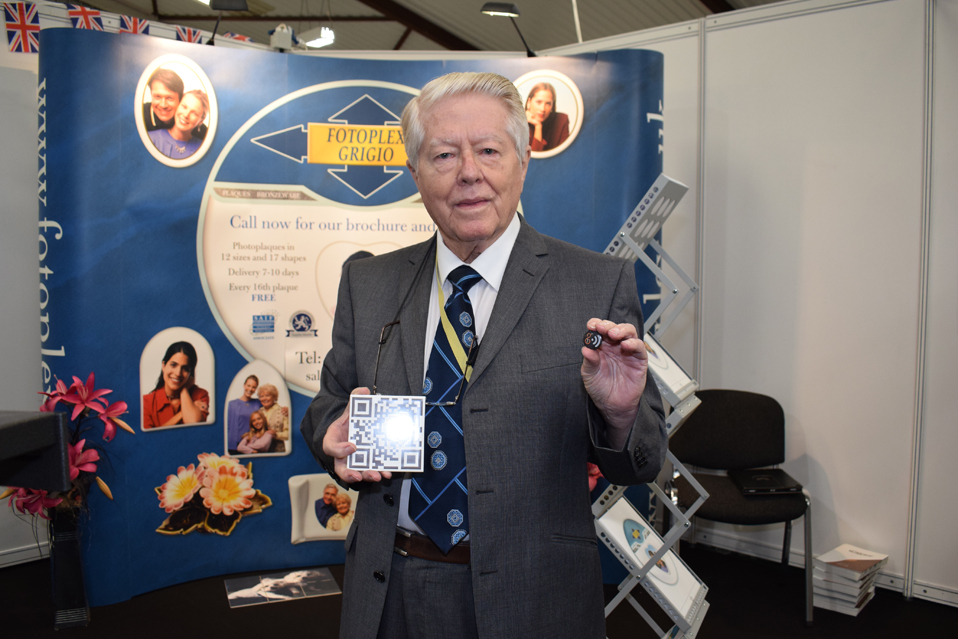 The QR code (in the right hand of Fotoplex Grigio MD Colin Gray) never became greatly successful. The newer version of the internet link is the NFC chip (in his left hand) being fitted behind a Fotoplex plaque.