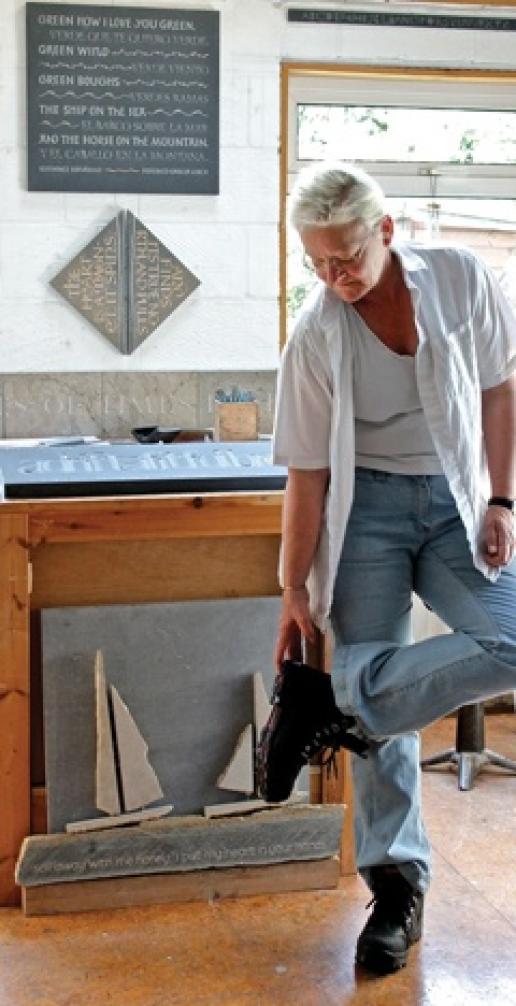 The Tomcat boots with extra safety features to protect the whole foot, not just the toes, that were the prize in a competition in the April issue of NSS, received recognition by being selected as a finalist in the Product Innovation Awards at this year’s Safety & Health Expo at the NEC Birmingham.

The awards are organised by the British Safety Industry Federation (BSIF) to help raise standards of health & safety.

Tomcat were beaten to top honours by Moldex-Metric’s Series 3000 Air face mask, but Rock Fall’s Managing Director, Stephen Noon, was delighted to have made the finals. “We’ve spent over two years developing our Tomcat metatarsal footwear range,” he said. “We’re thrilled to receive this recognition.”

The winner of the boots in the competition in the April issue of NSS is also delighted with her prize. She is Annet Stirling of Incisive Letterwork. “I really love the double lace feature and hope to wear the boots regularly to my favourite quarries – Haysoms in Purbeck and Burlington in the Lakes,” she told NSS.

The picture (right) of lettercarver Annet in her new boots was taken in her workshop in Amersham, Buckinghamshire, during this year’s annual Open Studios fortnight in June, which, she says, is why it’s so clean.