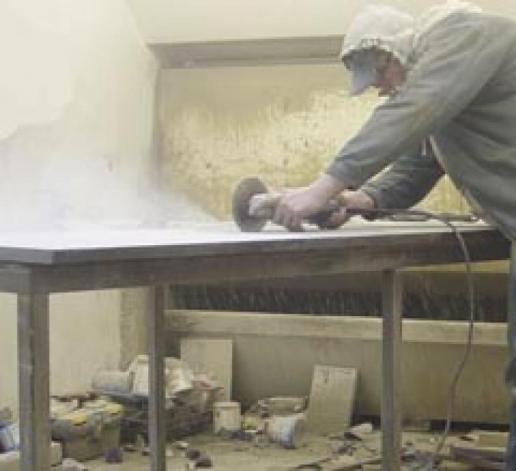 Concern over silica dust in Australia has led to action taken against 100 firms in New Zealand, reports news broadcaster.

More than 100 companies in New Zealand have had enforcement action taken against them for exposing employees to silica dust.

It says the spotlight is on New Zealand's worktop industry as authorities respond to a high incidence of silicosis among employees.

1 News says it “can reveal more than 100 enforcement actions have been taken against Kiwi businesses since alarms were raised in Australia, where there have been several deaths.”

The broadcaster has interviewed Michael Nolan, who worked as a stonemason for 10 years before being diagnosed with accelerated silicosis and progressive massive fibrosis this year.

“I’ve been given five to 10 years to live without a transplant,” he told 1 News.

The 33-year-old was cutting quartz.

The Australian equivalent of the UK’s Health & Safety Executive, Worksafe, issued a safety alert about silica dust in May and has so far inspected around 150 businesses.

“Fundamentally, we are seeing some immaturity in the understanding of the risks that need to be managed when cutting engineered benchtops," he says.

A third of workplaces have been warned about unsafe practices, including inadequate controls, use of personal protection equipment and a lack of health and exposure monitoring. There have been 13 prohibition notices issued.