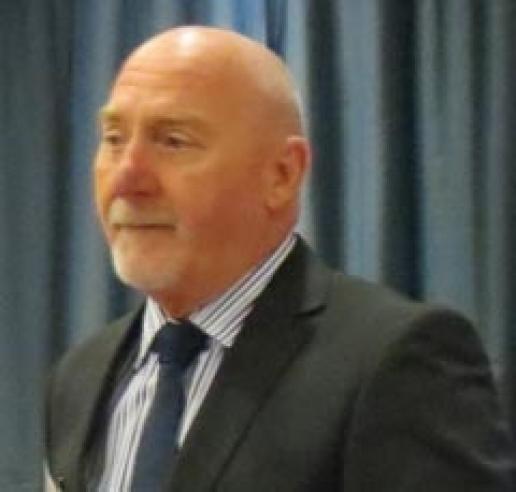 Barry Ashmore has worked hard to get the voice of specialist contracting heard since he formed Streetwise Subbie in 2008. Now, at a conference in Nottingham on 7 June, he has launched the ‘Fair Treatment Charter’ that he wants specialist contractors to sign up to in a fight back against being robbed by main contractors.

There were nine speakers at the conference, including Bernard Coleman of WGL Stoneclean in Leeds. Some of them explained how Streetwise Subbie had helped them fight main contractors, some offered advice, some services to help sub-contractors, as Barry does through Streetwise Subbie for a price that starts at less than £22 a week.

Barry’s aim is to help specialist contractors take control of both their businesses and the future of the construction industry, which he says has suffered long enough at the hands of unscrupulous main contractors.

The Fair Treatment Charter received enthusiastic support at the conference and Barry says many copies of it have been downloaded from streetwisesubbie.com since then.

They found they agreed about many aspects of the way

sub-contractors are treated and eventually established Streetwise Subbie together, Geoff being a Director.

It is an indication of the success of the use of Social Media by Streetwise Subbie that in April this year Barry was one of the people invited to give evidence in Parliament to a cross party group of MPs regarding the state of the construction industry and the problems of late payments, retentions and unfair payment terms.

Barry says it was clear to him during his trip to Parliament that David Cameron and many MPs simply do not understand the extent of unfair treatment and the contribution this is making to the slow decline of the UK construction industry.

“The industry has to find an answer. We are in a unique position to understand the plight of the specialist contractor, whatever their size or specialisation, because we are in touch with literally thousands of them on-line, and our nationwide network of consultants is helping them resolve problems on a daily basis.

“If the government cares about the industry and the 200,000 jobs already lost they need to action this now, before it’s too late!

“The Fair Treatment Charter has been launched, and whether the Government takes notice or not, the specialist contractors of the UK have shown their willingness and readiness to take action and we have provided them with the necessary tools.

“The industry is dominated by the big corporate players who… have a stranglehold over their supply chain simply because they control the flow of cash. But the shocking and grim reality of the situation for the construction industry is that more than 5,000 specialist contracting companies have failed since the start of recession with over 200,000 jobs lost – and that can’t be good for the industry or the economy.”

One of the speakers at the conference, Steve Sutherland, the Chairman of Dortech Architectural Systems Ltd, explained how Streetwise Subbie had helped him recover retentions from Balfour Beatty. Like a lot of specialists, he had been concerned that tackling a main contractor would stop other main contractors wanting to work with him. But he had spoken to a journalist on the Telegraph and after his case had been publicised he found some main contractors sympathised with his cause, complaining about other main contractors putting good subbies out of business and making it harder to find sub-contractors. Some had even improved their terms with Dortech.

“You have to be up front and be prepared to walk off-site,” he said. He suggested people complain loudly and use the Press to do so. “I’m not frightened to speak out. It hasn’t hurt us, it’s helped us.”

Bernard Coleman’s advice was to stop competing on price and turn instead to value. “If I leave you with one message today it is this: Get the price up. And find ways of justifying it.”

He said he had worked with Leeds University on product development, which had given him a unique stone cleaning solution from a modest investment. He trained his staff. And he promoted the benefits of using WGL Stoneclean directly to customers rather than waiting to be contacted by a main contractor.

As a result, more of his work came directly from the customer and architects. “If you’re going to stay beholden to the main contractors you deserve what’s coming to you,” he said.