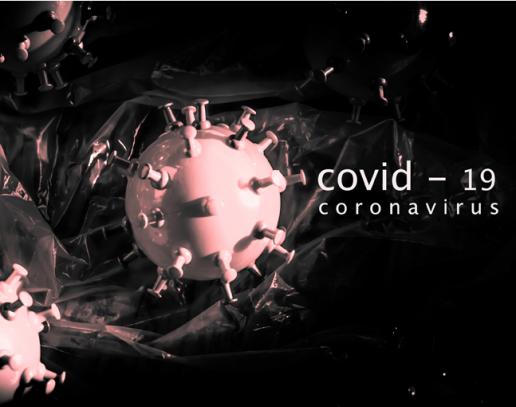 The Covid-19 coronavirus is starting to bite.

Developments are taking place so quickly regarding the coronavirus pandemic anything written today is in danger of being overtaken by events by tomorrow.

No doubt you are keeping an eye on the latest developments associated with the Covid-19 pandemic and there are some useful web contact addresses printed below and elsewhere on this magazine’s website as news has broken.

Natural Stone Specialist has taken action to keep its staff as safe as possible and we aim to continue to print the magazine, although if public life is further curtailed in the days ahead we might not be able to get it printed and delivered. In that case, we will continue to publish news from the industry on the website.

The government’s call to shut down has had a domino effect. At first, many stone companies, including quarries and construction sites, continued to operate, but gradually more are closing.

That effect is taking place across the economy. And the more businesses that close and the more people stay at home the more demand falls. With less work, more companies close. Which is why the government has said workplaces, including building sites, should stay open if possible.

Data from online estate agent Zoopler says house sales had fallen 40% this year compared with last before the Prime Minister made his lock-down announcement on 23 March, with the number of sales falling through having increased by nearly two-thirds. Property market analyst Hometrack predicts sales will fall 60% in the second quarter of this year.

One stone fabricator Natural Stone Specialist spoke to said half his orders had been cancelled.

With much of Europe and the rest of the world also shutting down, and Italy, where a lot of stone and processing tools and machinery come from, being particularly badly hit, there were fears of stocks running low. Some stone companies responded by stocking up on tools and consumables.

It might be decried as panic buying but when people are facing an uncertain future it is hard to complain about those who make provision for any eventuality.

The owner of another stone company told the 15 people he employs the factory was closing, but they suggested it could stay open by having three shifts so nobody had to work too closely with anyone else. He accepted the proposal and instigated a thorough cleaning regime between shifts to keep everyone safe. He said they had enough work to keep them busy and orders were still coming in.

Stone Federation Great Britain is encouraging stone companies to donate any spare FFP3 face masks they have to their local hospitals to help cope with the shortage of personal protective equipment by medical staff. In London, Louis Livramento of stone company Livra, which has a waterjet, has offered to use it to make visors for his local NHS staff. “Everyone feels like they’re playing a role in a film,” he said.

The government has said it will make £350billion available to protect the economy and jobs. Business finance lender MarketFinance has sought the views of business owners to the measures announced by the Treasury and despite the huge sum the government says it is prepared to spend, MarketFinance found 67% of companies did not believe funds would reach them in time to save them.

At the time of writing, HM Revenue & Customs still had not implemented the government’s proposal to pay 80% of the wages of people who have no work rather than them being made redundant. The scheme will be back-dated to 1 March and is intended to run for three months, although the government has said it will be extended if necessary. Other countries in Europe have similar schemes.

MarketFinance found only half the businesses it surveyed were likely to make use of the government loan guarantees and two-thirds of businesses anticipated running out of money before Easter, with 80% reporting falling revenues of
40-50% in March.

The government has also now decided to give self-employed people 80% of their average income of the past three years. It is supposed to happen automatically from HM Revenue & Customs, which has already contacted at least some of those eligible telling them they cannot claim until June and the money will be transferred to bank accounts in one instalment.

The scheme is for anyone with profits up to £50,000 a year based on the past three years’ tax returns. It will cover 80% of profits up to a maximum of £2,500 a month for three months, extended if necessary.

Richard Beresford, chief executive of the National Federation of Builders (NFB), said: “This hugely welcomed news will support millions of self-employed workers and delivers a message that the Government really does believe we are all in this together.”

If the shut-down results in too many companies closing and too many people losing their livelihoods, the loss of life as a result of the economic crash could be worse than if the Coronavirus had been left to run its course, says Philip Thomas, Professor of Risk Management at Bristol University.

He says a fall of 6.5% of GDP would produce that outcome. The credit crunch of 2007/8 resulted in the UK economy shrinking more than 6% between the first quarter of 2008 and the second quarter of 2009, after which it took five years to return to the size it had been before the recession, with inflation-adjusted average incomes only reaching their pre-recession levels last year (2019).

Some useful links for Covid-19 information and services

Employees self-isolating as a result of Covid-19 can claim statutory sick pay from day one: bit.ly/Covid-19ssp.

You can get the latest from the government at www.gov.uk/coronavirus

To use the free GOV.UK Coronavirus Information Service on WhatsApp, add 07860 064422 to your phone contacts and then message the word ‘hi’ in a WhatsApp message to get started.