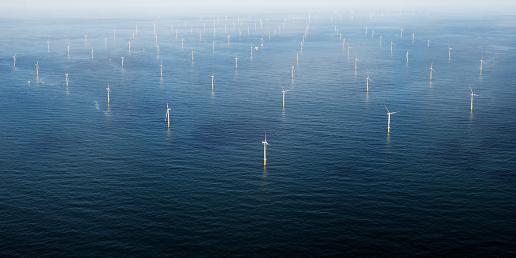 Formed as DONG Energy in 2006 and becoming Ørsted following the merger of six Danish energy companies, Ørsted has completely dropped carbon energy and has established itself in wind farming with a 25% share of offshore wind operations.

On a global scale, they have built enough offshore wind generation to provide power to 9.5million people, with an ambition by 2025 to more than treble that.

In 2017, Ørsted opened the world’s largest offshore wind farm at Burbo Bank Extension in Liverpool Bay and continues to grow its offshore presence in UK waters.

Paul Vickers, Head of Procurement at BAL, said: “At BAL we are always looking at ways to cut our carbon footprint, from replacing our lighting systems with energy-saving LEDs to light detectors, replacement of steam boilers and new dedicated energy-saving air compressors. Moving to a 100% renewable energy provider is just another footstep on the path to being as carbon neutral as we can.

“Ørsted is a pioneering renewables firm – leading the world in offshore wind – and we are proud to have it as our energy provider.”

Cool Earth works with local communities to protect threatened rainforest and has helped blockade tens of thousands of acres of forest in the Amazon rainforest of Peru.

Alex Underwood, Head of Marketing added: “With our support, Cool Earth’s initiatives in the Ashaninka region have helped save 350 acres from deforestation.

“This means more than 80,000 trees have been protected with more than 90,000 tonnes of CO2 locked-in. This is particularly crucial as deforestation has played a massive part in the climate emergency we are currently dealing with.”

BAL already holds management system standards ISO 9001, 14001 and 18001 and it is currently working towards the ISO 50001 Energy Management Standard.