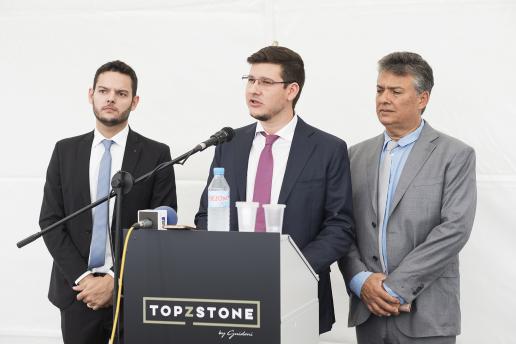 Rayner Guidoni, Rafael Guidoni and Jose Antonio Guidoni at the opening of their second quartz plant in Europe.

One of the world’s largest stone companies, Brazilian Grupo Guidoni, which exports to more than 70 countries including the UK, has opened a second quartz line in Spain to make jumbo size slabs. It doubles the company’s production capacity in Europe to a million square metres a year.

David Garea, Sales Manager of Guidoni in Europe, says the company is looking for a distributor in the UK.

He told NSS: “At this moment we don´t have a distributor in the UK. We have worked with several companies but we didn´t get regular sales mainly because our slabs were standard size. From now on, with the new Breton production line producing Jumbo slabs, I hope we will be able to increase our presence in the UK.”

In 2015, Grupo Guidoni moved into engineered quartz production in Europe with the acquisition of Seaquarz in Spain. It also opened a quartz factory in Brazil.

Guidoni quartz is sold under the brand name of Topzstone. It includes a ‘Bright Marble’ collection, with products such as Bright Statuary and Vanguard Carrara.

At the opening of the new plant last month (September), Rafael Guidoni, CEO of Grupo Guidoni, said: “Grupo Guidoni has arrived in Spain to stay.”

Beside him was his father and the founder of the company, José Antonio Guidoni.

Grupo Guidoni was founded in Brazil in 1989. It extracts and processes natural stone, exporting polished slabs (mostly to the USA) and block (mostly to Asia).

Guidoni says its Topzstone is "made of the finest quartz and state-of-the-art technology that ensures perfect cutting and increased durability". It comes with a 25 year warranty.

Anyone interested in representing Guidoni in the UK should email David Garea on [email protected]. 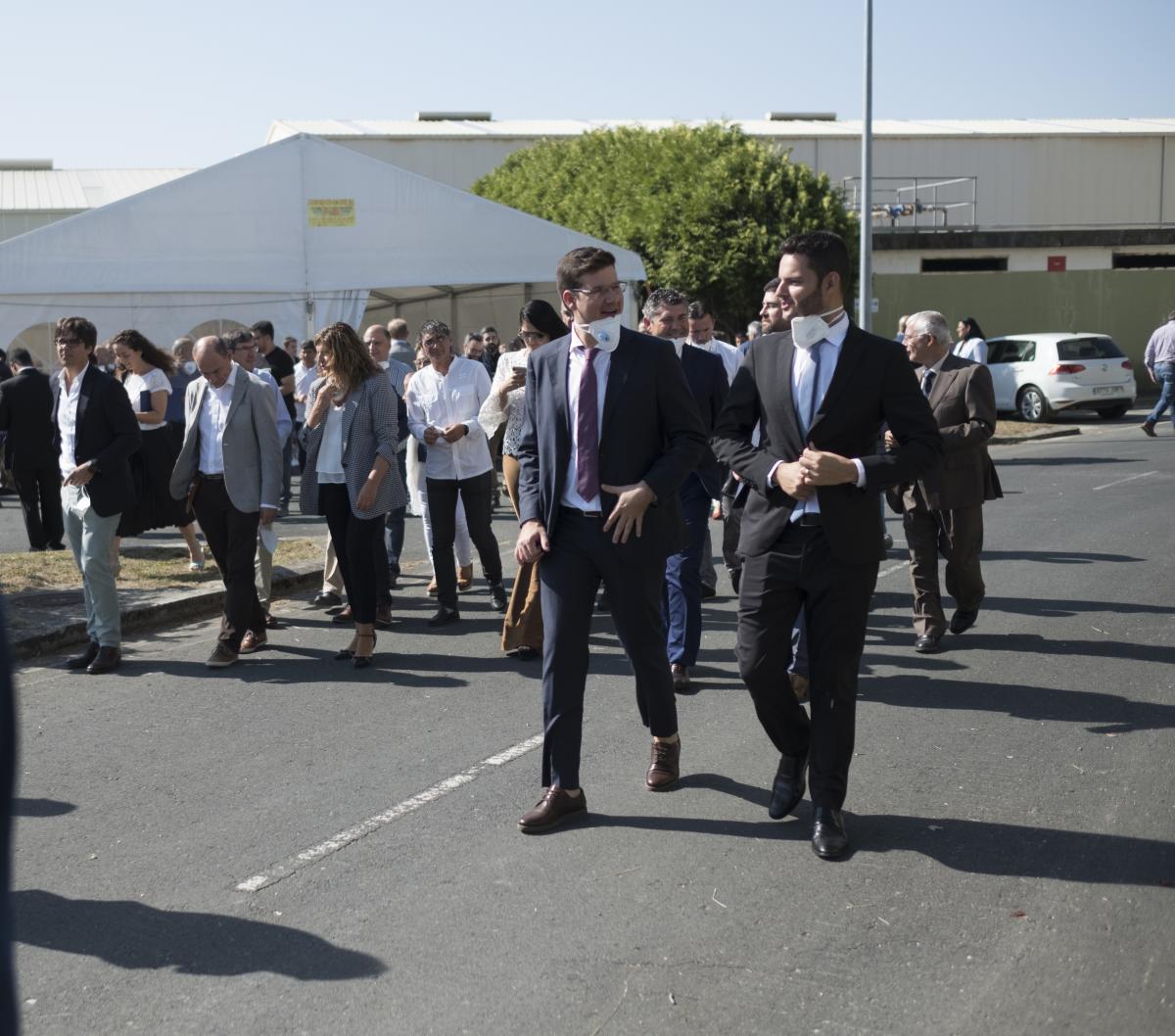