Burlington gets permission for Kirkby extension 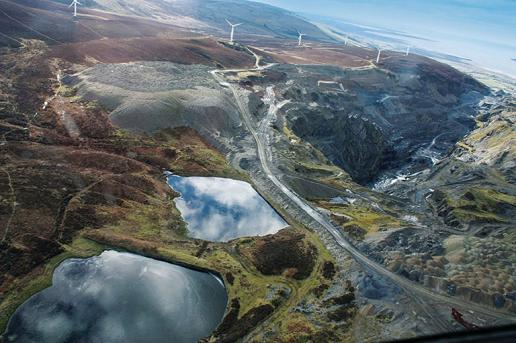 An aerial view of the quarry at Kirkby.

Burlington has gained planning permission to extend its Cumbrian slate quarry at its headquarters in Kirkby-in-Furness.

The application received unanimous support and approval from Cumbria County Councillors when they considered the application at a planning meeting.

Burlington Stone has quarried the Cumbrian slate from Kirkby for more than 170 years and it is anticipated the extension should mean production continues until at least 2050.

The extension will support further planned investment in the quarry to protect and grow the business.

Burlington says the move will help secure 150 jobs and ensure natural stone continues to be won from the heart of the Lake District and worked by the firm’s own craftsmen.

Burlington is part of the Holker Group. Duncan Peake, CEO of the Group, says: “This is a hugely positive result for Burlington Stone. We are now in a position to commence our ambitious development plan for the business. We hope to see many future iconic buildings adorned with Burlington’s range of luxurious and signature British natural stone products.”

The Council accepted measures proposed by the company to mitigate the environmental impact of the development work at the quarry site. Six phases of slate extraction and tipping are planned followed by final restoration. The quarry will be deepened by 55m and extended by 3.2ha, allowing a total of 6.5-7million cubic metres of rock and overburden to be extracted. Material extracted will be used to restore the site progressively.