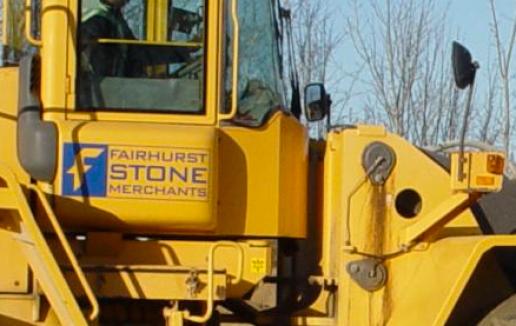 Fairhurst Stone is fined £50,000 as the result of a delivery lorry hitting overhead power cables.

Fairhurst Stone Merchants in Settle, North Yorkshire, has been fined £50,000 after a delivery vehicle made contact with an uninsulated overhead electric power line. The same thing had happened two years before.

Leeds Magistrates’ Court heard this month (22 January) that on 25 July 2018 a lorry delivering materials to the company’s site in Settle was directed to tip its load close to overhead power lines. During the tipping procedure the vehicle moved forward and made contact with the 11,000-Volt power lines. Nobody was injured.

An investigation by the Health & Safety Executive (HSE) found that this was not the first time this had happened. Two years previously a lorry had made contact with the same power lines. Nobody was injured but the electricity supplier gave advice regarding avoiding a repeat incident.

The only action taken by the company was to put up two small warning notices that the driver said he failed to see on 25 July 2018. In addition, the first incident had not been reported to HSE, as it should have been under RIDDOR regulations.

Fairhurst Stone Merchants Ltd of Langcliffe Mill, Stainforth Road, Langcliffe, Settle, pleaded guilty to breaching Regulation 3 of the Electricity at Work Regulations 1989 and Regulation 7 of the Reporting of Injuries, Diseases & Dangerous Occurrences Regulations 2013 (RIDDOR). As well as the £50,000 fine, the company was ordered to pay £621.42 in costs.

After the hearing, HSE inspector Julian Franklin commented: “Had the company reported the first incident to HSE and acted on the guidance from the electricity supplier, effective precautions could have been taken to avoid a repeat incident.

“This incident could have led to the death of the wagon driver. Standard industry-wide precautions should be followed to avoid the risk of contacting high-voltage overhead lines.”