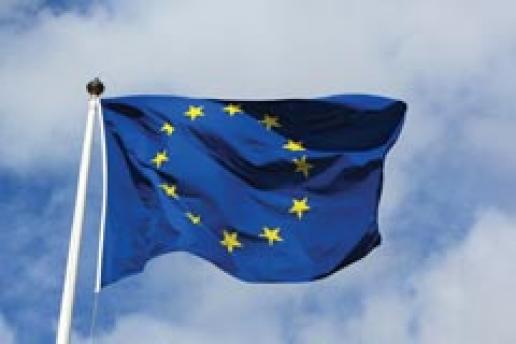 Stone Federation, the Minerals Products Association and English Stone Forum, as well as individual quarry operators and this magazine, are among those who have made the case for protecting the geographical names of stones such as Portland, Bath and Cotswold.

As reported in the October issue of Natural Stone Specialist, the European Commission published a Green Paper (a consultation document) proposing the extension of geographical identification (GI) protection that currently only applies to agricultural products such as Melton Mowbray pork pies, Champagne, Parma Ham and Parmesan cheese.

The extension of this protection is not intended to be limited to stone, but stone companies and organisations across Europe, including the European organisation EuroRoc to which the Stone Federation in the UK belongs, have used the consultation document to make the case for restricting the use of geographical names of stones (Carrara in Italy and Jura in Germany, for example) to natural stone that comes from these regions.

In its submission, Stone Federation Great Britain says: “Geographical Indications (GIs) are especially relevant to natural stone, probably more than any other material or product.”

It says: “The British natural stone industry is under attack from both imports, from non-EU, especially Asian, countries and manmade products such as concrete. This proposal will help combat fraud, deception and misinformation and will be beneficial in both these instances.”

It adds: “Stone is affected by the fraudulent use of its geographic names, both by other countries, especially Asia, and concrete manufacturers. If this leads to a loss of revenue and market share, it is a bad thing.”

The response from the Mineral Products Association is concerned that a quality standard for protected materials should not involve more testing and standards but should use existing CE mark testing and BS EN standards that already provide enough information about the nature and quality of natural stone products.

English Stone Forum comments: “Natural stone can only be quarried or mined in its place of origin. This should be considered in order to qualify for GI protection under the new system. Natural stone can be processed and worked in other places following extraction but it is important to protect its GI in order to enable it to trade fairly, thus protecting the jobs in the quarries and mines as well as processes at later stages.”

There have been few voices of dissent to the idea of GI protection of stone, although one person NSS spoke to did wonder how geographical identification would be defined and how geologically specific that definition could be.

For example, there are many quite different beds of Purbeck stone that are all called Purbeck, even though the beds are identified. The same is true of the stones from many other quarries and mines. And while Bath stone comes from mines around Bath, they are not actually in Bath. In the Cotswolds, it is not only stone from the Cotswolds that is considered a good match to existing buildings. And what is considered Yorkstone does not even all come from Yorkshire, let alone the city of York itself (which does not produce any stone).

A response to such dissension might be provided by Stilton cheese. The village of Stilton is in Cambridgeshire but the cheese is made in Derbyshire, Leicestershire and Nottinghamshire and has ‘Protected Designation of Origin’ status, which is one of three categories currently available under European GI.

It remains to be seen whether stone or any other sector will receive GI protection and what that might involve.

It is in the nature of bureaucracy in general and the international bureaucracy of Europe in particular that even if there is an extension of GI protection, it will be a long time coming.