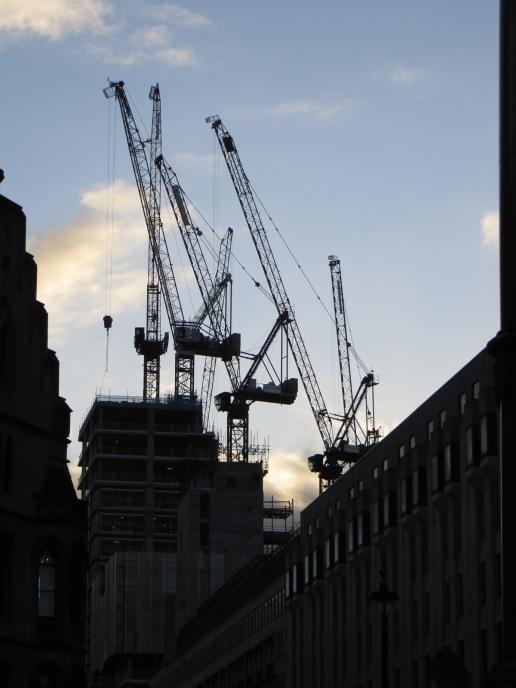 The latest report from the Chartered Institute of Building (CIOB) says the construction industry makes at least twice the contribution to the national economy as official figures say.

A new 68-page report from the Chartered Institute of Building (CIOB) says the construction industry is about twice the size official figures say it is.

According to the government’s number crunchers at the Office for National Statistics (ONS), the construction industry made a contribution of £116.3billion to the UK’s economy (measured by gross value added) in 2018. That’s 6.1% of the whole economy. According to the ONS the sector employs 2.3million people, about 6.5% of the workforce.

But the CIOB says the ONS figures do not include architects, engineers, and quantity surveyors. Neither do they include manufacturers dedicated to the sector, such as stone companies and worktop fabricators. Nor builders merchants and plant hire providers, which have no function outside of the construction environment and, says CIOB, should be considered part of the industry.

Add them all in and you at least double the contribution of the industry to the economy, although CIOB stops short of coming up with a headline figure of what the overall value of the industry actually would be.

In the CIOB’s 2014 The Real Face of Construction report it was noted that calculations based on official sources by construction economist Dr Stephen Gruneberg (then at the University of Westminster, now at UCL) suggested that construction actually accounted for 15.3% of GDP when everything is included.

Construction, by the way, is not just new build. It includes RMI (repair, maintenance and improvement), which encompasses conservation and renovation.

Caroline Gumble, Chief Executive of CIOB, says: “The quality of our built environment affects every member of society. Our work influences productivity and wellbeing at home and at work. It is both far-reaching and life-shaping.

“Our purpose for this report is to help educate policymakers about the true value of the built environment and the need to work in closer partnership with the industry to realise its full potential, particularly at a regional level where it can rebalance local economies and offer people a quality career unlike many others.”

The regional economy is important for any sector, and the CIOB report breaks the industry on a regional basis.

It demonstrates the significant variations in regional performance and output that have occurred since 2013, indicating the need for careful, integrated policymaking at a local, regional and national level.

The report examines the number of construction businesses, growth, stock of buildings, number of people employed by sector, annual earnings and key projects, demonstrating construction’s importance as an employer and driver of prosperity in each area.

And the CIOB is calling for an all-encompassing measure of construction by the ONS in order to present the true contribution of the industry to the wealth of the nation.

The report also draws on new research that gauges the public’s attitude towards the industry and public aspirations for the built environment.

It makes the point that the UK construction industry has not reached its full potential and will only do so if it operates in an environment with a clear vision, with an understanding of different regional needs, and with a focus from policymakers armed with good quality data and information about the true economic significance of this sector.

Sir James Wates, CBE, Chairman of Wates Group and of the CBI Construction Council, has welcomed the report. “We in the built environment sector know that we have a broader and more profound impact than we’re often given credit for. We are a network of contractors, architects, engineers, quantity surveyors, specialists, facility managers, and many others – all working as a team to create spaces, infrastructure and buildings that improve people’s lives and make the economy work better. We’re economic multipliers, and this new CIOB report helps us to articulate just how that’s so.”