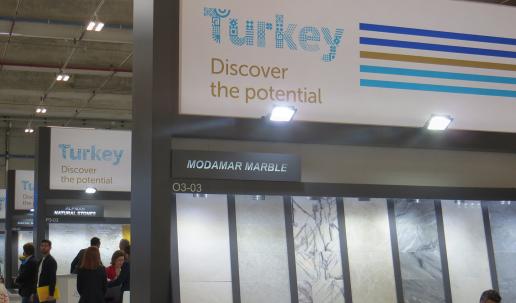 The coronavirus has been blamed for Turkish marble block exports to China halving in February.

It looks as if disruption from the coronavirus is inevitable now for the whole world economy as stock markets once again crash.

It is already hitting world trade in stone with the Turkish Marble, Natural Stone & Machinery Manufacturers Association (TÜMMER) saying the country's sales of marble block to China have halved.

TÜMMER Chairman İbrahim Alimoğlu says that because China is the world’s biggest importer of Turkey's marble blocks, the impact of the loss of half of this trade is significant.

“Turkey exported 150,000 tonnes of block marble to China in February 2019, while the amount decreased to 75,000 tonnes in February this year,” he says. Turkey claims third place in the world for marble production behind China and Italy.

International stone fairs are also facing postponement or cancellation due to the outbreak. Turkey's Izmir Fair has been postponed to an unspecified date while China's Xiamen fair has been re-scheduled for 6-9 June and Germany's Nuremberg fair has been moved to next year.

Coverings in America in April and Marmo+Mac in Verona, Italy, at the end of September are still going ahead so far.

And it is getting harder to get deliveries from Italy. Drivers from the UK do not want to go there and then self-isolate for a fortnight after they have returned to the UK.