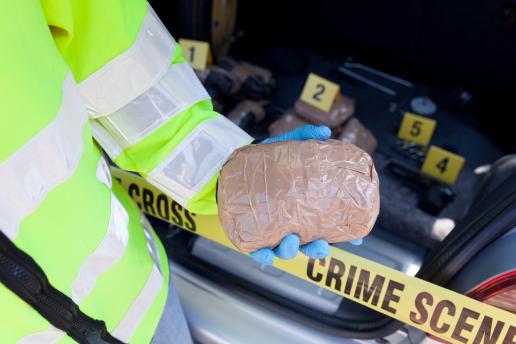 Smugglers who hid millions of pounds worth of heroin in shipments of stone are due to be sentenced on 11 May.

Smugglers who hid millions of pounds worth of heroin in shipments of stone are due to be sentenced on 11 May by a court in the Netherlands.

According to police, shipments would arrive in containers at the docks in Antwerp from where the drugs would be smuggled into England, Scandinavia, and Germany, sometimes via a warehouse in Arnhem.

It’s one of the largest international heroin supply lines discovered in the Netherlands in recent years. The man believed to have been running the operation is called Yüsuf, who came from Eindhoven.

The Public Prosecutor’s Office in the Netherlands considers Yüsuf to be the ring leader and have called for a 12-year jail sentence for him. Four other men involved could go to prison for between six and eight years. Four others have already been convicted, each being jailed for four years.

Police in the Netherlands started investigating the case in 2018 when they became aware of 45-year-old Yüsuf, says the Eindhoven News.

Yüsuf was named by informers as a co-financier and organiser of the international drug ring. The police discovered that the man was providing cover loads, including shipments of stone and marble tiles, in which the drugs were hidden.

Stone would make a good cover because it is heavy, disguising shipments of half a tonne or more of heroin at a time coming into Antwerp. Stone is also difficult to move to expose the drugs.

Yüsuf has been connected to many tonnes of heroin transported by road and sea.

Last year when drug smuggling based in Holland was being investigated by Dutch police, six men were arrested after the discovery of seven shipping containers that had been converted into a makeshift prison and sound-proofed torture chamber, complete with a dentist’s chair with straps to hold victims down, tools including pliers and scalpels, and handcuffs. The chamber was discovered before it had been used. Potential victims, identified on the arrested men's mobile phones, were warned and went into hiding.