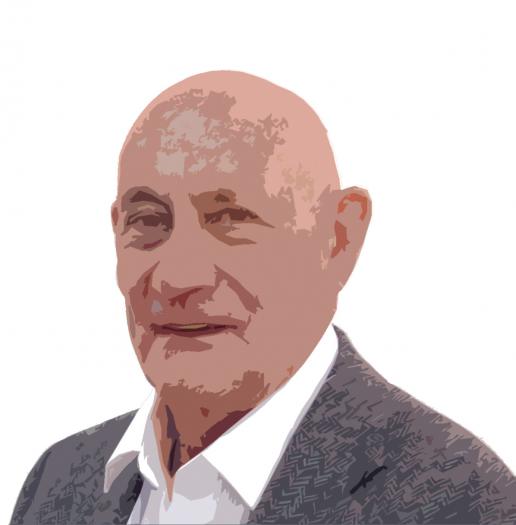 Posted on this magazine’s Stone Specialist website in February was a link to photos of memorials that had been vandalised in a cemetery in the Rhonda Valley, Wales (see bit.ly/fallen-headstones).

One of the pictures shows two memorials lying on their backs having been broken away from their foundations. The bases are still attached. They appear to have dowels and have been cemented. One further away shows a clean cement break, showing the memorial has been broken off its bed. It may already have been loose because the underside of the base is dirty.

One of the two granite memorials is laying face down complete with its base, foundation and ground anchor intact. The nearest memorial in the picture has been broken from its foundation but not before the foundation has been up rooted with the ground anchor still in place and a dowel that appears to be bent.

This raises the question: did the ground anchors work or did they fail?

It does appear that the memorials have been placed on dug ground – ie disturbed ground. The complete memorial, the one with the anchor, has been pulled out of the ground – ground that looks as if it is very soft and wet. The other looks as if quite an effort was used to push it over.

Neither memorial appears to have suffered damage, which I would suggest indicates they fell slowly. I doubt they suffered ‘catastrophic’ failure.

In my opinion the two memorials with ground anchors fell progressively, which would not normally endanger the person pulling or pushing them to this point of failure.

Usually a few loose headstones can be pushed over when cemeteries are inspected, but it looks as if considerable effort has been used on these two granites.

To build a memorial to defeat the determined vandal would need a massive foundation with long dowels and would be very difficult to remove for further inscriptions.

In cemeteries that have wet, soft soil, a longer anchor is advisable, but until something like this happens it is up to the mason to make a judgement using the manufacturer’s guidelines. I am sure in the vast majority of instances anchors work well to prevent catastrophic failure – that is, the rapid collapse of the stone.

Recently I have been assisting in the safety assessment of memorials in a small cemetery.

It is not the memorials up to a metre high that pose the most risk but older ones that are 1500mm and more.

Many are monoliths with little foundation to give them support.

The better news is that they are usually in areas members of the public do not commonly access, although many are near pathways used by the public to get to areas where there are newer graves.

The cemetery we were testing had some work carried out previously that involved sinking some of the monolithic headstones in the ground. Our tests resulted in a failure rate of about 10%. We used a red sticker placed on the memorial near the ground to mark these failures and they are being refixed almost immediately.