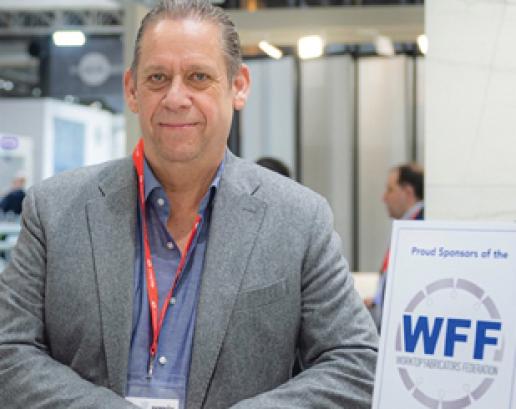 WFF Director Simon Souter: “What house builders tell the government and what they tell their customers are still two different things.” To contact the WFF, email Chris Pateman: [email protected]

The new normal feels more like the old normal with a mask on, says Simon Souter, director of the Worktop Fabricators Federation, which represents professional stone worktop fabricators in the UK.

It’s going to take a bit more than face masks on buses and sanitising wipes on the customer’s door-knob to deliver a culture change in the building industry.

For all the talk about ground-breaking co-operation heroically keeping sites operating during the lockdown, housebuilders are proving as reluctant as ever to change in the areas that matter most – like bearing the costs of increased safety measures further up the supply chain.

Still, let us be heartened by consumer demand. July saw the publication of new research from the Bathroom Manufacturers Association suggesting one in three families is considering a bathroom refurb in the next 18 months. That’s families, not just homeowners. The rented sector seems every bit as keen to spruce up the bathroom as the owner-occupiers.

Of course, people say all sorts of things to researchers. But the sheer number of wanabee home improvers and the universal response across different types of tenancy lends some extra support to the theory that people who haven’t been able to splurge their disposable income on foreign holidays this year have been looking through kitchen and bathroom brochures instead of holiday brochures.

This gives us some hope that the current resurgence of consumer enquiries in WFF members’ socially-distanced, appointment-only showrooms might be more than a post-covid flash in the pan.

Or it would do, were it not for proof that consumers, too, are slow to change their spots.

In the week the BMA published its research, one of our members followed up a sales lead only to be told that a certain local competitor had sold a slab of Silestone for cash at less than £1,000 below his quote.

It’s a free market, of course.  It is not possible to prevent anyone loss-leading slabs of quartz.

Or, come to that, from cutting out the costs of properly equipped workshops, HSE inspections and PPE by shaping and cutting slabs in customers’ gardens using angle-grinders or adapted joinery tools.

Some folk might say that’s another story. We say it’s just another part of the same story – because it’s also a small market.

And all of us who have invested and committed to its growth and sustainability have a responsibility to ensure quality, integrity and professionalism are not sacrificed on the altar of short-term expediency.

Which is one of the reasons we founded the Worktop Fabricators Federation in the first place. If we don’t speak up for ourselves, who else is going to do it for us?

As sales momentum re-builds, we look in earnest towards the pre-Christmas period as the true test of sustainable consumer investment.

And we urge anyone who is serious about professionalising and growing the stone worktop sector for the long-term to add their voice to the Worktop Fabricators Federation efforts on the industry’s behalf, preferably by becoming a member of the Federation.