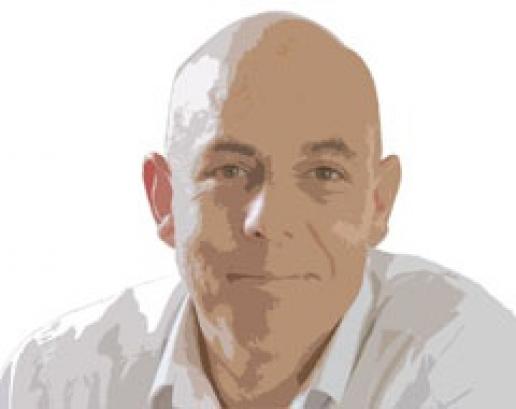 Robert Merry, is an independent stone consultant and project manager who ran his own company for 17 years. He also acts as an expert witness. Here he presents his view of the stone industry this month.

A brick and external stone installer calls me up and says the builder he is working for has condemned a proportion of his work and he needs someone who can quote the British Standard tolerances and get him out of a difficult situation.

Oh yes, and the builder has issued a ‘pay less’ notice, just to add some fresh salt into the stone wound, so to speak. It means he isn’t being paid for the work he’s done.

The next day, 8am, my head full of tolerance tables and BS8000 series–workmanship on building sites etc etc, I meet said subbie. He tells me the builder has said he will wait for the Stone Expert’s report. That’s me. No pressure then.

So we sit and look at the extremely detailed drawings produced by the supplier’s freelance draughtsman. All millimetre perfect stone sizes with 5mm and 6mm joints.

“Well,” says the specialist subbie, “we set the brickwork out and it’s not perfect but within tolerance I reckon” [which it was – I checked later] “and then when we come to the stone we have to vary the joints between 5mm and 12mm to make it fit. The client’s agent walks round last week and condemns the lot as the stone joints aren’t uniform like in the drawings.”

He then shows me a couple of plinth stones, 80mm thick. Both are 2-4mm too small. If he tries to fit these stones he’s going to have to lose up to an extra 4mm on each joint. A 5mm joint becomes 9mm.

“Has there has been a delivery recently?” I ask.

“Yes,” says he, and takes me round to the front of the building to some plastic wrapped crates and pallets.

“Was there a CE Mark Certificate with the delivery ticket?” I ask, because there are no certificates on the packaging.

“Well,” says I, “according to the European Union and The Blue Guide on the implementation of EU product rules, page 48, ‘CE Marking is a key indicator (but not proof) of a product’s compliance with EU regulations’. OK?”

“Well,” says I, “without a CE Certificate we have no way of knowing if the stone is fit for the purpose of masonry units. The CE Mark can only be produced after the Declaration of Performance has been prepared. You see,” – and I’m warming to the theme now – “for stone sold in the European Union the manufacturer or supplier or agent has to provide CE Marking by law before they can place the stone on the market. Otherwise the Trading Standards Office will issue a notice and have the lot taken down. Then there’s a fine and costs. The CE Mark should either be attached to the outside of the box or supplied with the delivery ticket. It declares a set of values for the product. It is then the responsibility of the designer (architect, interior designer, structural engineer) to consider these characteristics in relation to the contract requirements – although it’s a good idea to conduct further project specific tests on larger projects.”

“Alright,” says he. “But what about the intolerance of the tolerance… if you see what I mean.”

“The thing is,” says I, “all this regulation is governed by Harmonised European Standards. The one that covers Masonry is BS EN 771-6: 2011 Specification for masonry units. This contains a table (Table 1) that splits tolerances into three sections – D1, D2 and D3. Now, the CE Certificate should have a section declaring the dimensional tolerances the manufacturer or supplier or the agent declares the stone is cut to.

“The F21 specification issued to you on this project quotes BSEN 771-6 and states dimensional tolerances should be to D3 in the code, which is the most exacting standard of the three.

“Therefore the missing CE Certificate should state the same. And from measuring these stones they are not cut to D3 tolerances.”

“Yes because we can check the stones supplied against the tolerances and if they are not cut to the correct size you can ask the builder to ask the supplier to provide stones that are.

“And no because you shouldn’t have fitted the stones without a CE Mark and if they weren’t within the D3 tolerance required in the specification you should have rejected them.

“And also no because I doubt the manufacturer can produce the stone to within these tolerances anyway. They should have supplied oversize stones at critical areas so you can cut them in and achieve the equal joint sizes.

“But maybe you should have asked for that once you’d set the building out with the brickwork, rather than continuing with the work.

“And where was the builder in all this, allowing stone without a CE Mark onto the building site in the first place?

Robert Merry, MCIOB, ran his own stone company for 17 years and is now an independent Stone Consultant and Project Manager. He is also an expert witness in disputes regarding stone and stone contracts. Tel: 0207 502 6353 / 07771 997621