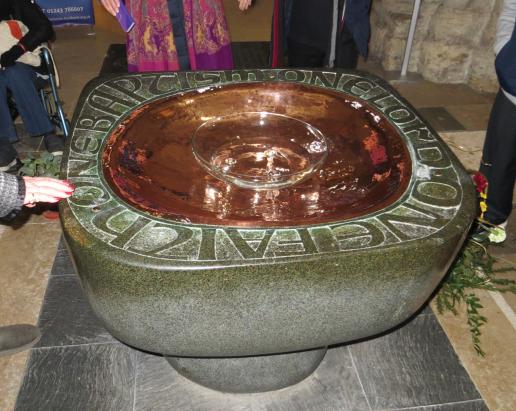 The Chichester Font by John Skelton at Chichester Cathedral is fashioned in Cornish Polyphant stone with a copper bowl in it. It was installed in 1983 as part of a memorial to Bishop Bell. The making of it involved selecting the stone in Cornwall and sawing it out by hand.

The Lettering Arts Trust, the champion of the lettering arts in stone and other media, sees an exhibition of the work of John Skelton open on 13 March at its gallery in Snape Maltings, Suffolk. The exhibition will continue until 28 June, open from 11am until 5pm daily with free admission.

Called Innovative Forms – The Lettering of John Skelton, this is a celebration of the life, career and art of John Skelton (1923-1999), one of the UK’s foremost sculptors and letter carvers, whose work in media including stone, wood and metal covers heraldry, calligraphy and sculpture.

Works on show will demonstrate Skelton’s boundless innovations that resulted in an extensive catalogue of significant public and royal commissions, which included the celebrated font at Chichester Cathedral, carved timber for Shakespeare’s Birthplace Trust in Stratford-on-Avon, a plaque marking the resting place of Sir Winston Churchill’s catafalque in St Paul’s Cathedral, a tablet commemorating George Elliot in Poet’s Corner in Westminster Abbey, and the famous Ditchling Cat. 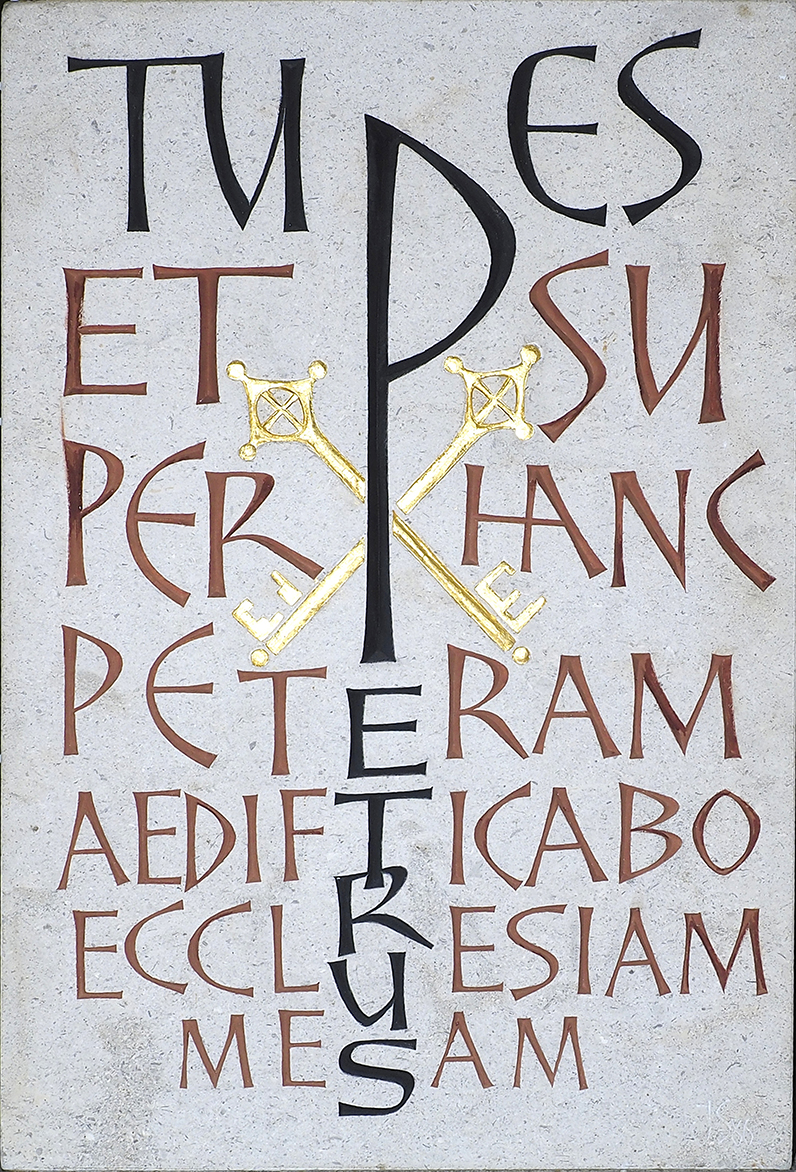 The exhibition features original drawings, rubbings and sketches and is supported by maps, posters and workshop photographs.

John Skelton was influenced by Eric Gill and Joseph Cribb, but developed his own distinct style derived from a complete understanding of three dimensional art.

'The Ditchling Cat' carved by John Skelton in Rosewood in the 1970s. It is 11cm high.

The letters he produced became innovative forms that have had a marked influence on subsequent lettering artists.