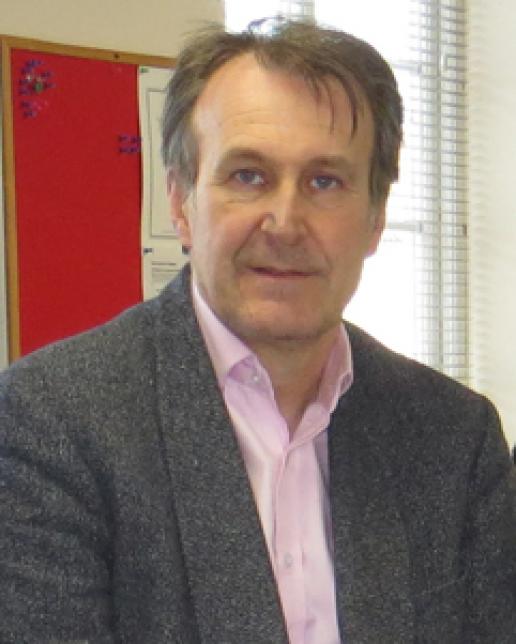 Nick Williams, Managing Director of Strata, the UK arm of Indian stone company Stone Age Private Ltd until the coronavirus pandemic hit, and before that a Director of Burlington, has started his own e-commerce website selling stone to consumers. It is called Stone & Surfaces Direct.

Although Strata is based in Ipswich, Nick lives in Cumbria and the commute was not viable in the Covid-19 Lockdown, so Nick decided to establish his own online business, making the most of his many contacts in the stone industry over many years.

Some of the stones he is selling are from Burlington and some are from Strata, although there are more Indian stones from Poddar and stone from elsewhere, such as Egypt. Nick says the products on his website are all from companies he knows well and trusts. “I’m being very transparent where the material comes from,” he says.

Nick has always been a staunch supporter of Stone Federation Great Britain and its Ethical Stone Register, on which both Strata and Stone Age Private are listed. He remains a member of the Federation in spite of its requirement for two years’ trading before companies can become members because he has launched Stone & Surfaces Direct using a company established five years ago by his wife.

Nick says the Stone & Surfaces Direct website is about reaching the consumer with the natural stone message.

“I want to provide as much information to the consumer as possible,” says Nick. “The Stone Federation doesn’t speak to the consumer. By having a consumer-oriented site I can get the stone message out there. For example, people don’t know about CE marking.

“Stone is an important product for the general public but porcelain is already starting to take over on the outside of properties as well as on the inside.

“I have been in the stone business for a long time. I love stone. But unless you can get the message out there about stone its going to continue to be a bad gig. We need to do a better job of how we present stone to the market place and the products have to be better.”

One of the products he is selling is Natural Stone Veneer, which is a thin layer of real stone on a flexible backing, made by Earth Anatomy in Swindon. It is in the ‘interiors’ section of his website.

He is also cashing in on the coronavirus with a long-lasting surface and hand sanitiser called XtraSAN, which works just as well in domestic or commercial premises. 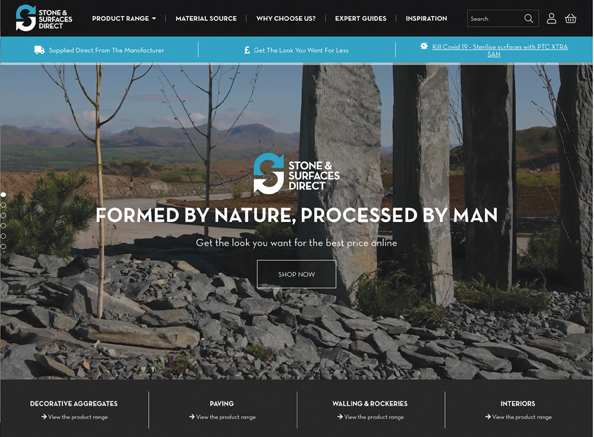