Darwen finally gets WWI wall thanks to Stevensons 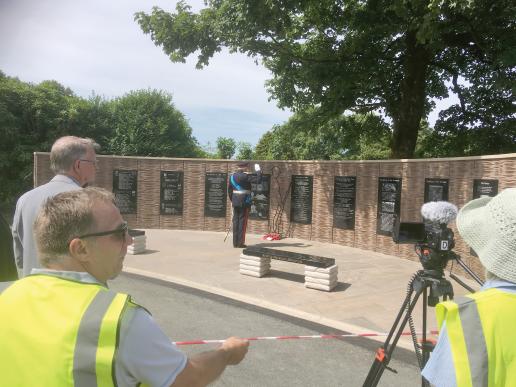 Memorial mason Brent Stevenson always said Darwen would have a memorial to commemorate those from the town who served and died in World War I before the centenary of the war was over, even if he had to built it himself. It has and he did.

The memorial was dedicated on 1 July, with Lord Shuttleworth KG KCVO, the Lord-Lieutenant of Lancashire, laying a wreath of poppies.

“It was quite an emotional day,” Brent told NSS. He is the fifth generation of his family to run Stevenson Memorials, which has outlets in Blackburn and Blackpool. The company would have supplied memorials to casualties of the war. 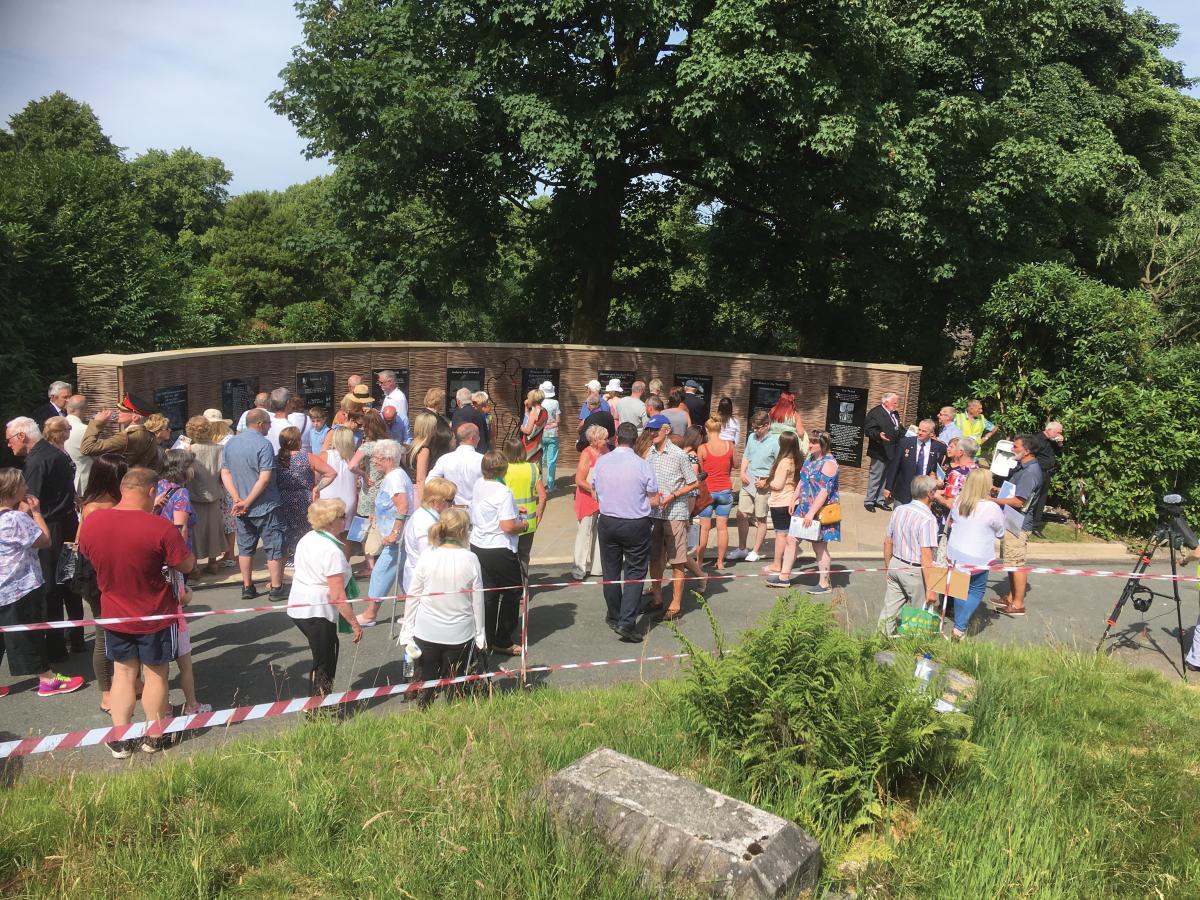 Around 9,000 men from Darwen’s 38,000 population at the time of World War I enlisted and more than 1,300 of them did not survive it. About 80 of them have memorials in Darwen Cemetery.

The project to build the commemorative wall started five years ago. The Friends of Darwen Cemetery decided to clean memorials in the cemetery to the casualties of the 1914-18 war in preparation for marking the centenary of the war. Some of the casualties had Commonwealth War Grave Commission memorials, some did not. Some did not have memorials at all.

It was proposed to make a memorial that not only recorded all the people who died in the war or as a result of wounds, injuries and diseases sustained in it, but also the weapons used, conditions in the trenches, and other details, including photographs, of the horror and bravery of what is sometimes called The Great War, giving the wall an educational aspect as well as a commemorative one.

All those details are recorded on 10 Indian black granite slabs produced by Stevenson Memorials and incorporated into a wall clad to look like woven hazel hurdles, like those used to support the walls of the trenches in the war. The hurdles are made of terracotta and are a contribution from another local firm, Darwen Terracotta & Faience.

As well as the granite plaques, each 1.2m x 600mm and 50mm thick, Stevenson Memorials made two benches to go in front of the wall, with black granite seats supported on pillars of Chinese G603 granite carved to look like the sandbags that were another familiar feature of the trenches.

The design eventually approved in January this year was in the form of a piece of bent polystyrene 300mm across with black squares painted on it to represent the granite plaques.

The wall was going to be constructed by a builder, but not enough money could be raised by the Friends, so Brent and his team built it themselves.

As there were no dimensioned drawings it was down to them to work out details such as the radius of the curve.

Stevenson Memorials had produced the plaques as time allowed over the past five years since the wall was first proposed – because Brent was always determined it would be finished before Armistice Day in November this year.

It was possible to etch the words and pictures on to the granite thanks to Stevenson Memorials’ diamond impact machine from Canadian manufacturer Impact Etching.

The plaques helped dictate the final dimensions and radius of the curve of the wall. The site was on a slope, which had to be flattened and substantial foundations dug.

Other issues were resolved as they arose, says Brent. “We had never done anything like this before. But we either did it or it didn’t get done – and we wanted it to happen.”