A book that discovers The Granite Men of Aberdeen 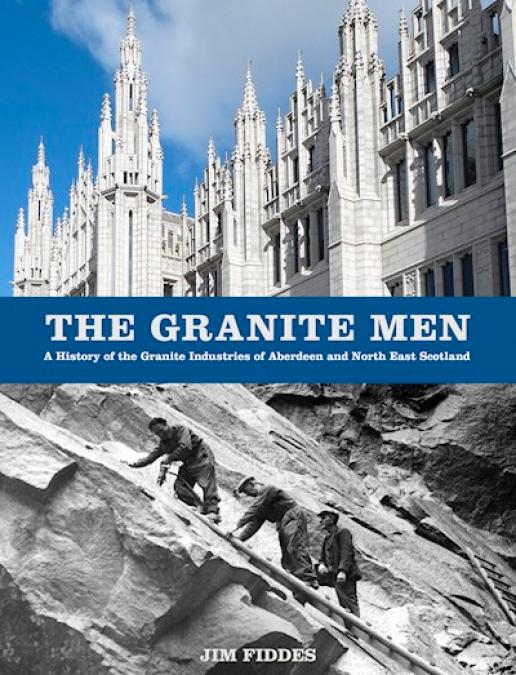 A new book called The Granite Men about the granite workers of Aberdeen – the Granite City – is published on 2 April.

It has been written by Aberdonian author Jim Fiddes. In it he reveals how Neolithic farmers, medieval masons and turn-of-the-century quarrymen transformed the granites of Scotland, the hardest of materials, into buildings, bridges and objects of beauty across the globe.

This book uncovers the complete story of the Granite City in both architecture and in the minds of its residents and industry workers.

Granite is the most unyielding of building materials. The great granite quarries of North East Scotland are silent now, as are virtually all of the 100 granite yards that existed in Aberdeen at the start of the 20th century.

Yet in its time, the Scottish granite industry supplied the material that built civilisations.

In the 16th century, granite from Aberdeen and its vicinities was building castles. In the industry's heyday of the mid-19th century, the granite men of Aberdeen hewed the material from the ground and used it to fashion the iconic structures that defined the age.

It paved the streets and embankments of London. It was used to build bridges over the Thames. It was carved into monuments for kings and warriors not only in Britain but all over the world.

None of it would have been possible without the men that toiled in those quarries and yards. The Granite Men is the story of the people and the industry that extracted the granite and worked it into this once ubiquitous building material.