Cotswold Stone Solutions : It is not only in the Cotswolds that the limestone from the region is admired 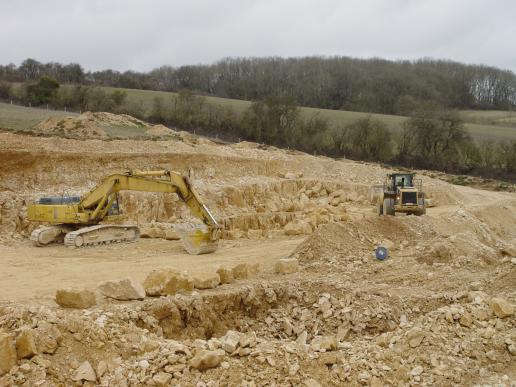 Syreford Quarry, where a 10-acre extension has received planning approval.

Planning permission for the next 26 years at its existing quarry, a new quarry, a new workshop with new machinery and an industry heavyweight as Chairman – Cotswold Stone Solutions is ready to satisfy an expanding marketplace.

Matt Dovey is a geologist. He knows a good stone when he sees it and he knows he has seen it in the Cotswolds. Twice. At the Syreford Quarry he operates, which he has just gained planning permission to extend, and at the 3 Gates Quarry near Cheltenham, where he took over the lease last year.

He is so impressed with the quality of the stone that he has built a new 900m2 workshop at Syreford at a cost of £750,000 to process the stones. 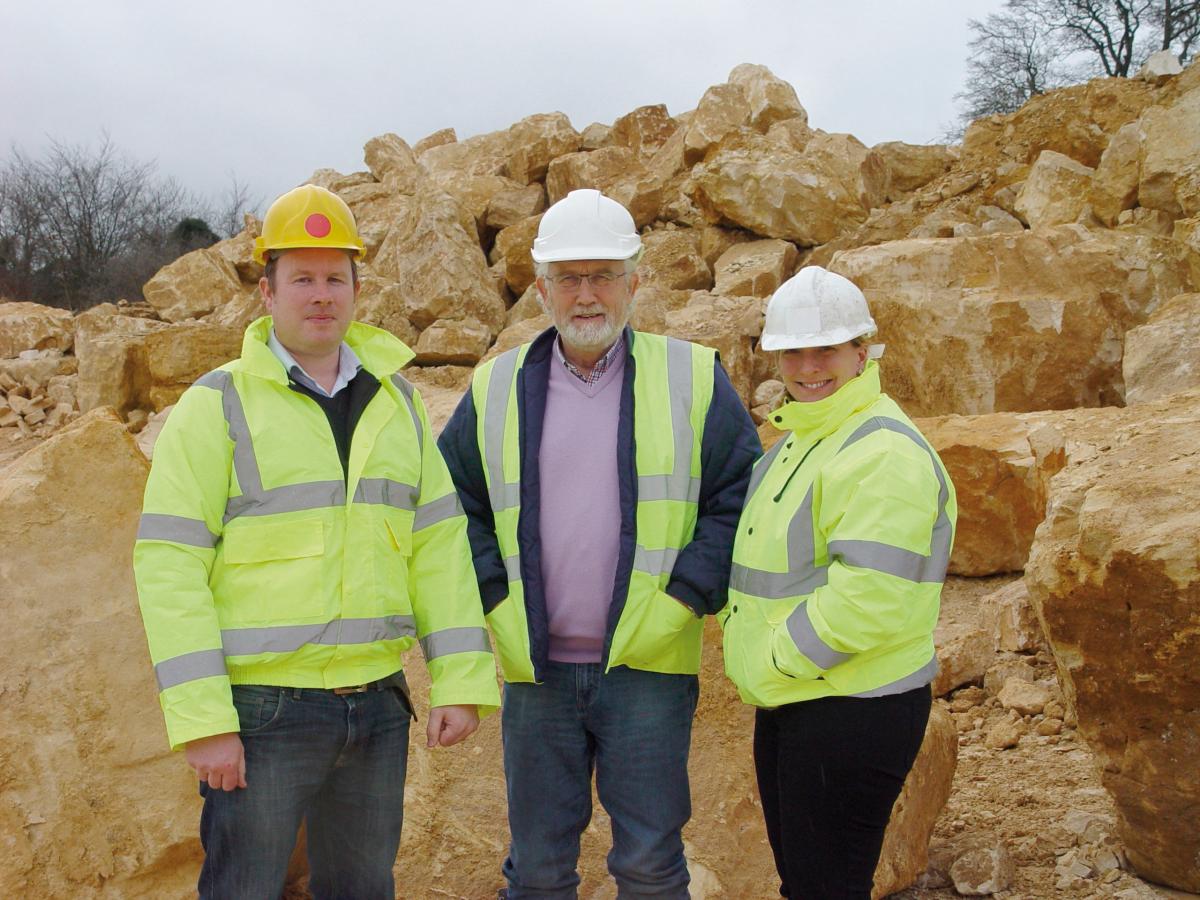 It is a major expansion for the family-owned business of Cotswold Stone Solutions that employs 20 people and to help Matt and his wife, Hannah, make the most of their investment they now have minerals industry heavyweight Bill Bolsover (in the centre of the picture on the left, flanked by Matt and Hannah) on board as a non-executive Chairman to advise and guide them through the next stage of their development.

Bill is the former chairman and CEO of Aggregate Industries as well as having been Executive Director of Tarmac. He is a Fellow of the Institute of Quarrying, a Companion of the Chartered Institute of Management, a former Chairman of the UK Strategic Forum for Construction and Chairman of the Construction Products Association. He is a non-executive Director of the Brett Group in Kent, Chairman of Hawkes Plant, and advisor to a company in Russia. He is not exactly short of activities but says he is looking forward to making his contribution to the natural stone industry.

Bill has put some his own capital into Cotswold Stone Solutions. “There’s been a perception that it’s a cottage industry but I think there are huge opportunities here. There are other quarries in the Cotswolds we could take over. I don’t think you should have a limited size. You should develop as you see fit.”

Matt was working for the previous owner of Syreford running the quarry before he took it over. “I thought: there’s an opportunity here. I approached the owner and he agreed a sale.”

It was a bit of a leap of faith because the County Council had limited planning permission to 10 years when it granted it in 1998 and Matt made his bid to buy the quarry in 2007. He knew of another quarry that had successfully overturned the County Council’s 10-year restriction and thought he could do the same. He was right. The permission was extended to 2042. 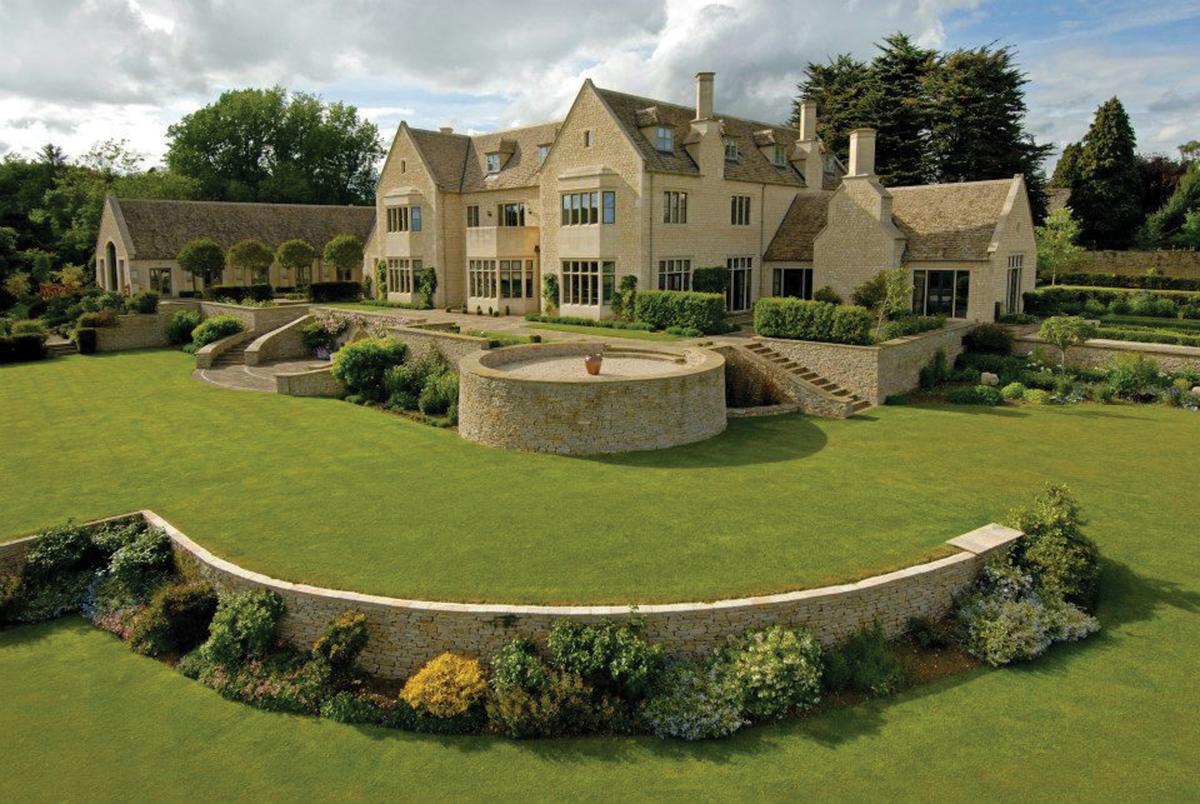 The company’s client base must have helped. Cotswold Stone Solutions (the parent of Syreford Quarries & Masonry and 3 Gates Cotswold Stone) has supplied stone to Windsor Castle, Hampton Court, Blenheim Palace, Eton College and Truro Cathedral, not to mention (because they don’t always like it to be mentioned) several of the homes of the international elite who live in the Cotswolds.

The company was even commissioned to design and build one stately home. It used the skills of designer Julian Wilson. The pediment springers alone used 98m3 of stone.

Like many stone companies, Cotswold Stone Solutions is often required to fill in the stone details of drawings supplied by architects and is happy to do so. In fact, it likes being involved at the design stage so it can help get the details right for the longevity of the stone and contribute towards value engineering.

The stone in Syreford Quarry extends out under a neighbour’s land. Matt approached the neighbour (Whittington Court Estates) to see if they could come to an agreement for the quarry to be extended. They could. Planning permission was obtained (eventually – it took six years) and now another 10acres of this high grade Cotswold oolitic limestone can be won.

Another of Britain’s most respected and best known limestones, Guiting (white and cream), comes from 3 Gates Quarry. Taking over the lease there has extended the range of products that Cotswold Stone Solutions can offer and has made the investment in the new workshop at Syreford even more attractive and necessary.

Previously stone had been worked offsite, but bringing processing into the quarry meant fewer lorry movements. Planning permission for the workshop was given at the same time as the quarry extension.

The workshop is dug 6m into the ground to minimise its visual impact and the walls are 300mm thick with special insulation to isolate the noise of the machines. A canteen, toilets and meeting room are being built into the workshop at first floor level to make a visit to the quarry more comfortable for construction professionals.

The machinery includes new Wells Wellcut 1400 and 1200 saws. Wells croppers and a tumbler are also used for the walling in a separate shed. There is a GMM Axia profiler and two other secondary saws.
The consented reserves at 3 Gates amount to about 400,000tonnes of stone in total with no annual limit to extraction, wheras Syreford is currently limited to a maximum annual rate of removal of 10,000tonnes.

Matt and Hannah have now bought 21 acres of land behind 3 Gates that they hope to get permission to extend the quarry into eventually. They are also expanding the production of walling stone and cropped dry stone walling from both quarries and are planning to sell landscape products, all of which minimises waste.

Matt and Hannah are justifiably proud of what they have achieved. As Hannah says: “We have done it on our own, by ourselves. Now we want to go forward and are really glad to have the experience that Bill Bolsover brings on board.”