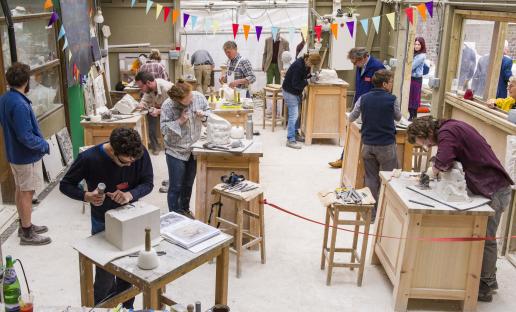 The stonecarving competition in full swing at the City & Guilds of London Art School during London Craft Week.

The City & Guilds of London Art School in Kennington Park Road, London, is the country's best known centre of excellence for teaching stone and wood carving. This year, for the third time running, it took part in London Craft Week, 16-19 May, with opens days and carving competitions. Head of Historic Carving Tim Crawley reports. 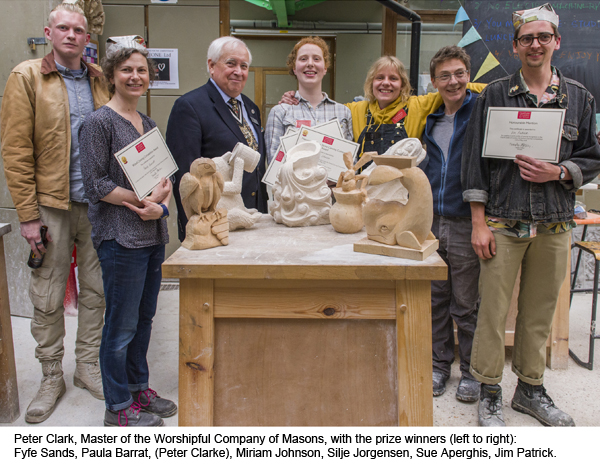 This is the third year the Historic Carving Department at City & Guilds of London Art School has opened its doors to the public as their contribution to London Craft Week, which took place 16-19 May.

The main event was the carving competition, organized by Senior Stonecarving Tutor Nina Bilbey along the lines of the carving festivals run at York, Lincoln and Gloucester in recent years.

Participants were given a theme around which to design original pieces in advance, and then had 11 hours during the two-day event in which to realize their ideas as completed stone carvings.

This year the theme was 'London pubs', which inspired all kinds of ideas, from the literal to the puzzling and cryptic.

Stone for the event was donated by Amarestone and Pierre Heritage GB. They provided dimensioned blocks of Lavoux Fin stone, one of the limestone sold in the UK by Pierre Heritage. Formerly known as Lepine, this fine grained, relatively easily carved stone that holds a crisp arris excellently was ideal for the purpose. The competition was also supported by the stonemasonry Livery Company, the Worshipful Company of Masons, who funded the £250 prize for the best carving and £50 for the runner-up. There were two further chances for recognition, with independent public and peer (fellow student) votes. 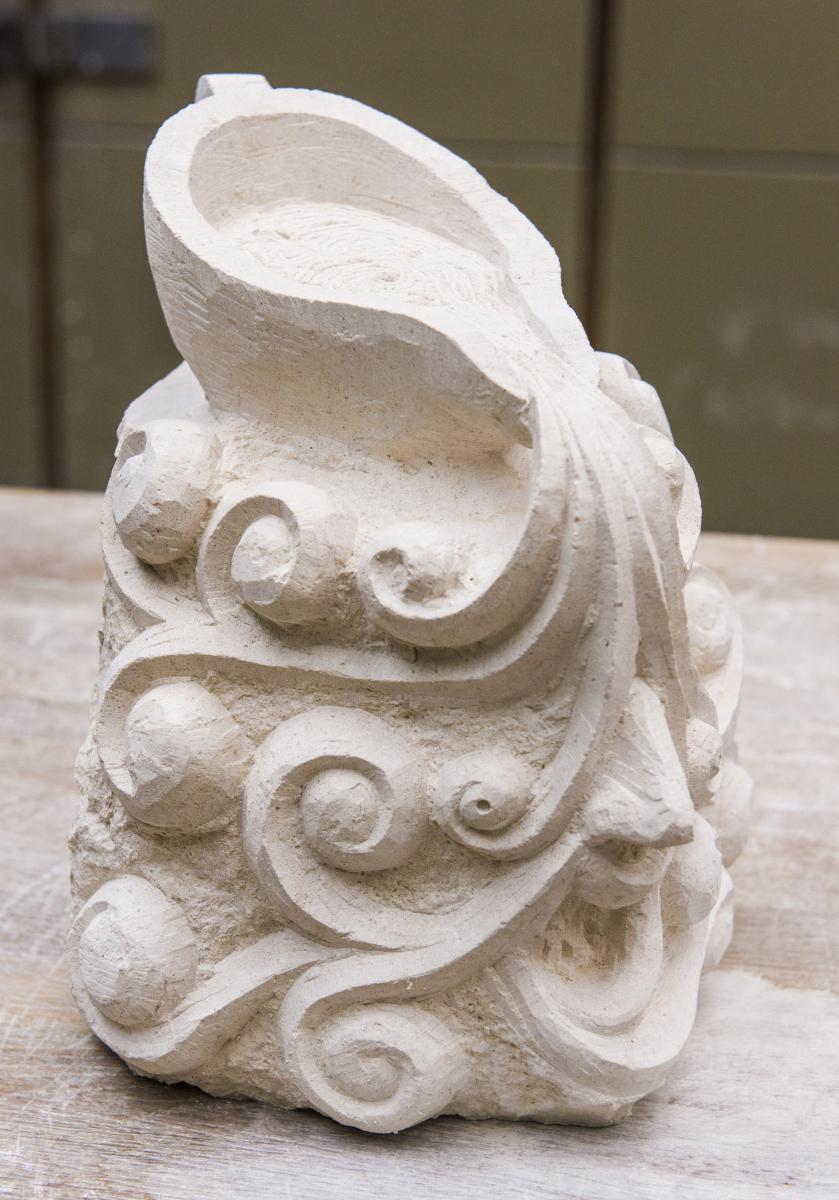 First Prize went to 2nd year Miriam Johnson for her carving of 'The Laughing Gravy', which was wittily represented by a jug issuing forth what can only be described as a stream of gravy in the form of laughing stiff-leaf foliage!? 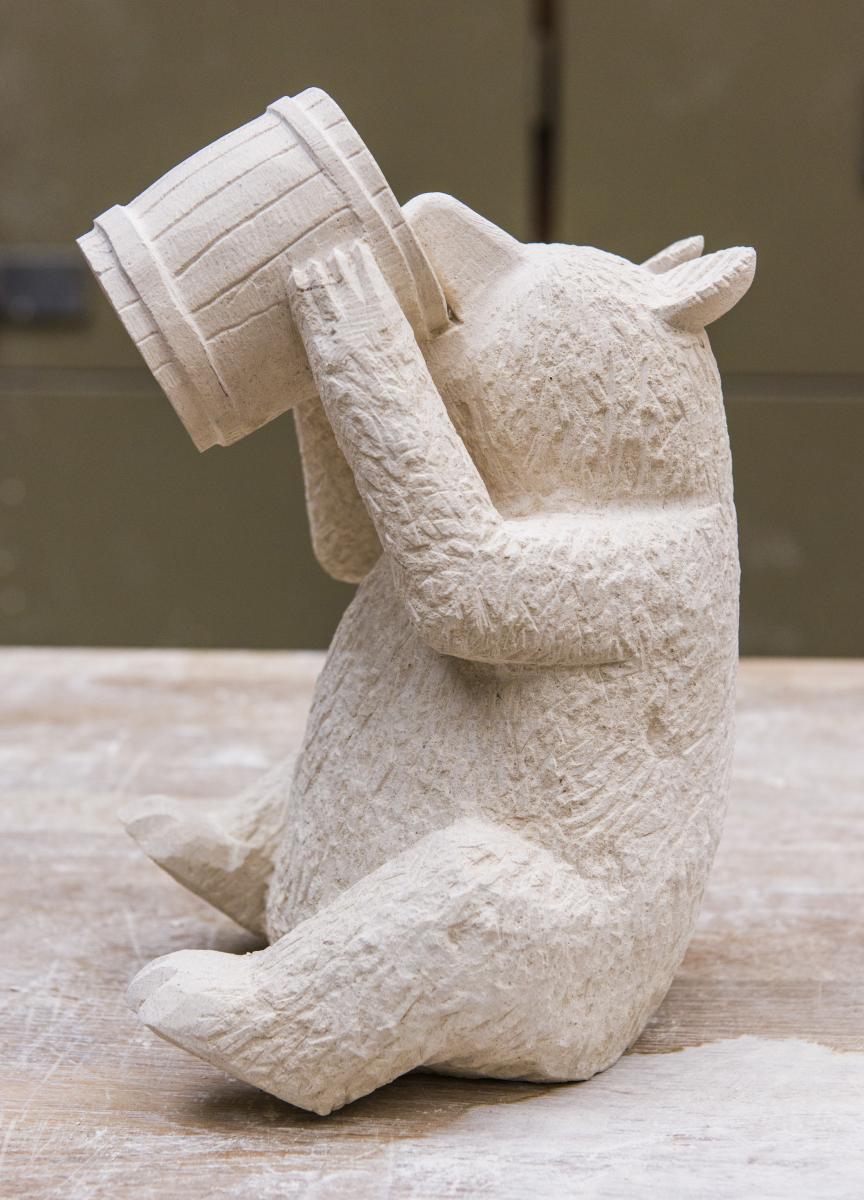 Third year Fyfe Sands took the public vote for his highly finished representation of 'The Thirsty Bear', while 2nd year Sue Aperghis was given a commendation for 'The Travellers' represented as mother and child refugees fleeing persecution.

Peter Clarke , Master of the Livery Company, presented the prizes – certificates and cheques – to the winners. The competition was judged by Dick Onians, who this year retired after 40 years as a tutor at the City & Guilds of London Art School.

Dick is a renowned carver in both wood and stone and originally trained at the School back in the late 1960s. 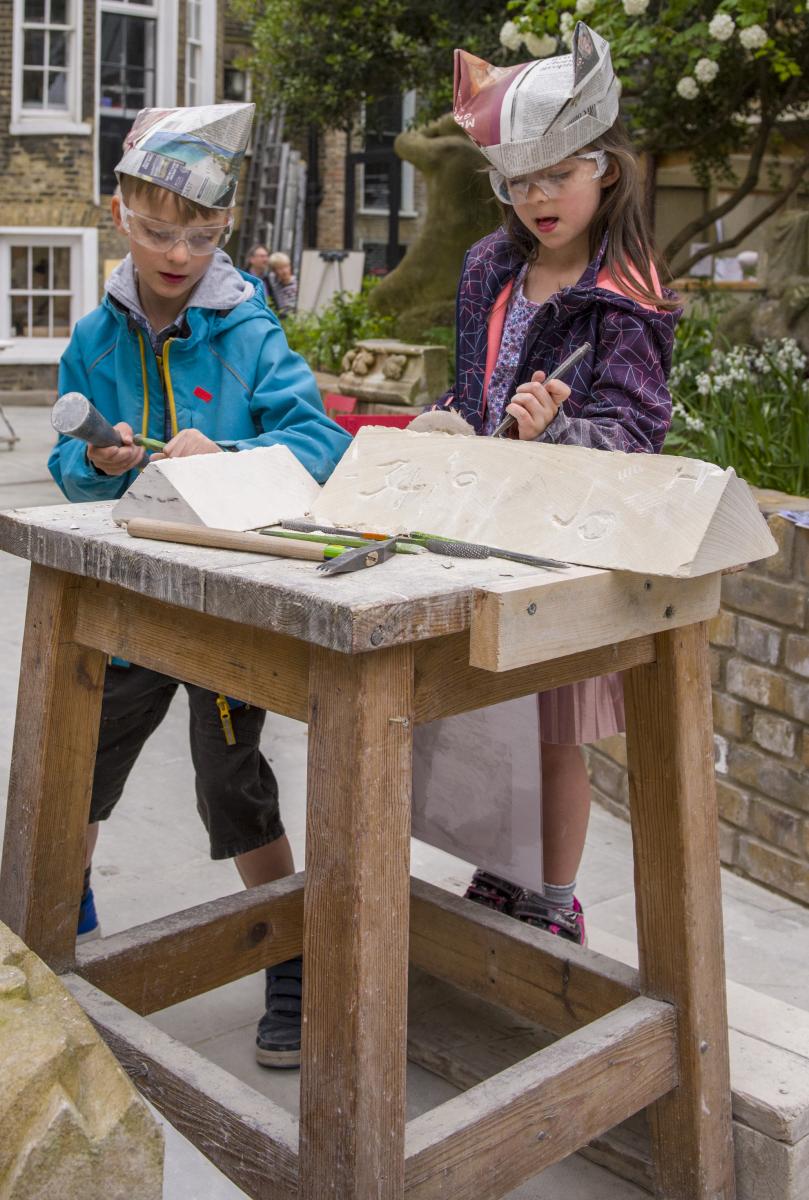 Further activities were taking place elsewhere in the open studios, such as gilding and pigment demonstrations, as well as a masterclass by tutor Paul Jakeman in the folding of traditional artisan paper hats. These were used by craftsmen in the 19th century (before the days of hard hats) to keep dust and chippings out of the hair. 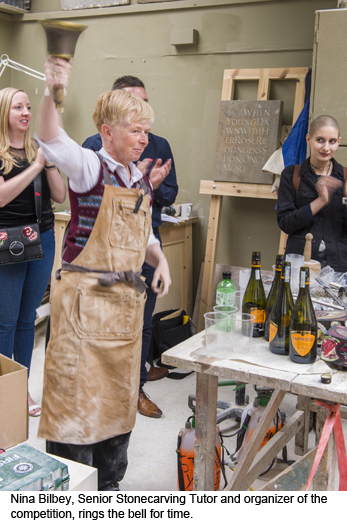 Alongside the stonecarvers, the woodcarvers also competed for a separate prize. And there was an opportunity each day for visitors to pick up a hammer and chisel and experience carving for themselves. 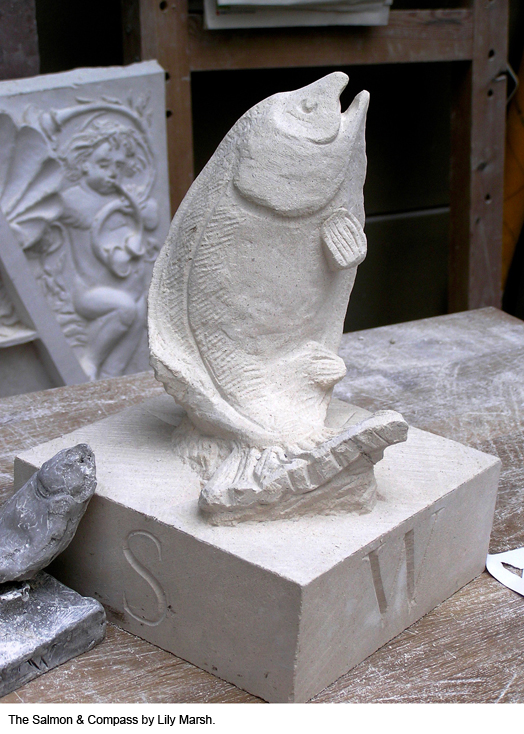 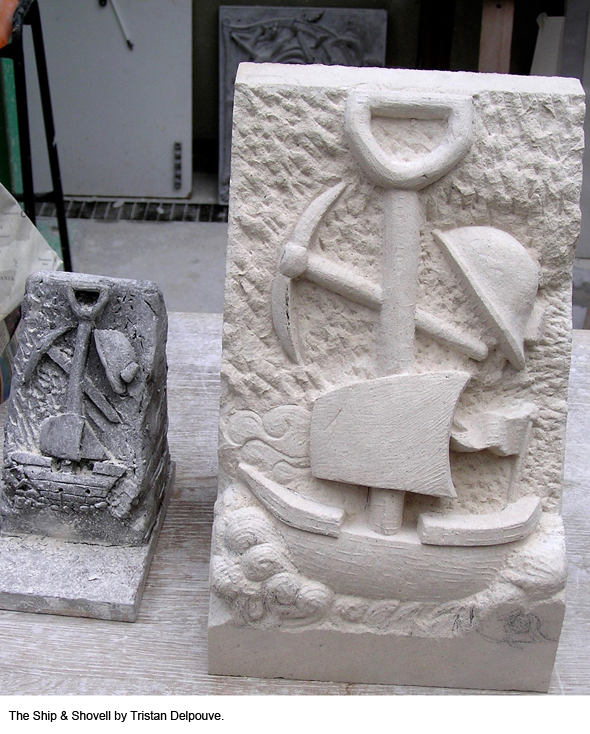 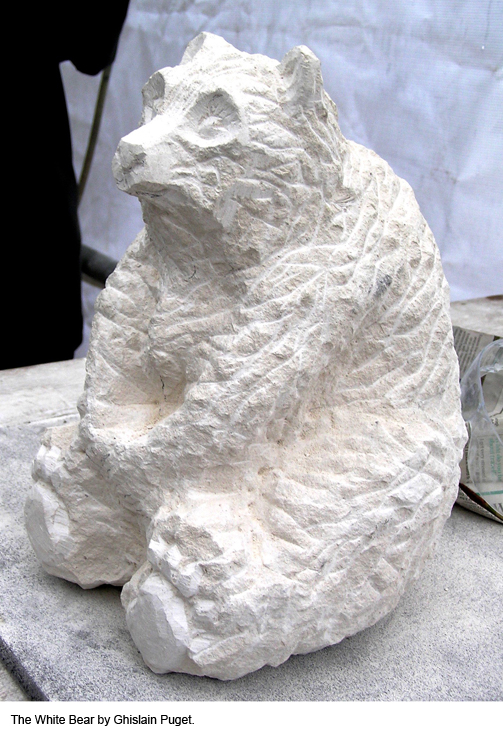