A master class in conservation from Stonewest Group at Cowdray 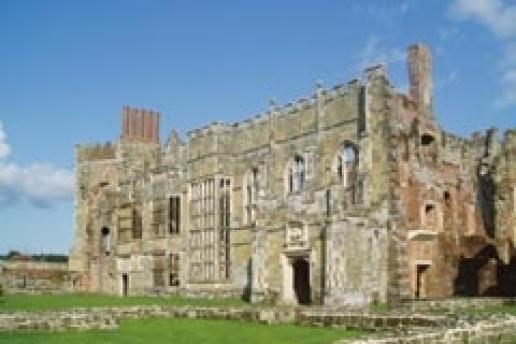 From the 13th to the 18th centuries, Cowdray in Midhurst, West Sussex, was one of the finest country mansions in England. But it was devastated by fire in 1793 and its ruins were left to crumble for more than two centuries until Cowdray Heritage Trust was established to preserve the ruins and stone and conservation specialists Stonewest Group were called in.

Working alongside architects Martin Ashley Associates, Croydon-based Stonewest were engaged as the project’s principal contractors with the added skills of one of their operating companies, St Blaise, carrying out the conservation work.

In 18 months, a master class in building conservation techniques was performed, with the results winning awards last year including the Restoration & Conservation category of the Museums & Heritage Show and the South East region heats of the RICS Awards.

Returning Cowdray to a habitable condition was out of the question and the Trust’s plan focused on preserving the hauntingly beautiful ruin that was left.

It submitted a bid to the Heritage Lottery Fund to finance an ambitious conservation project that would preserve the ruin, restore the Tudor kitchen, create a visitor display area in one of the vaulted cellars, convert an adjacent stable block into a visitor centre, landscape the grounds to provide better access and create accommodation in the conduit house, a nearby building that was perhaps once a pump house.

The Heritage Lottery Fund granted £2.6million, 70% of the cost of the project, and significant grants and gifts from English Heritage, the Cowdray Estate, local councils and many others made up the remaining £1.2million the work cost. After a decade of planning and fund-raising, work to save Cowdray could finally begin.

An essential part of the work was to follow the original specification wherever possible, adding back only the same materials that were originally used. Painstaking documentary and forensic research identified the source of materials used during Cowdray’s history, a task that allowed new materials needed to be drawn from many of the same sources.

Cowdray was built in 1284 by Sir John Bohun. He called his new house Codreye (the old Norman word for a hazel thicket). Some of the masonry used had clearly been reclaimed from his original fortified manor house on St Anne’s Hill on the opposite side of the River Rother to Cowdray.

Dave Collier, St Blaise’s Conservation Site Manager, went to great lengths to uncover remnants of the original stones from various areas of the estate that were used as a source for indent repairs on the Cowdray conservation project, perfectly matching the weathered stone of the walls.

There were also 1m3 of newly won Midhurst stone from a quarry just half a mile away and about the same amount of Chilmark and Caen stone, while some Stoke Ground Bath stone was used for finials to match originals.

Pitsham Brickworks a mile away provided handmade, clamp-fired bricks for the current conservation work and there were 70 tonnes of sand from the Pendean Sand Quarry at West Lavington, also about a mile away, in the lime-based mortars used for pointing and repairs.

Analysis of what was left of Cowdray’s original pointing resulted in a base-palette of seven mortar mixes that were blended at their point of use with charcoal, chalk, crushed slag and coloured sand to match the colour of the pointing at that particular location. More than 10,000 creasing tiles were specially fired to cap the walls.

Stonewest’s first task on-site was to stabilise the rapidly deteriorating structure to prevent its collapse and provide a long-term, safe environment for visitors.

They achieved that by threading more than half a kilometre of Cintec stainless steel into the masonry and using 5,000 stainless steel micro-pins to retain individual stones and bricks. The Cintec work called for surgical precision as holes were bored though the crumbling, 500-year-old masonry to accommodate the steel.

To hide the repairs, 20mm of the lichen-encrusted ends of each of the masonry cores removed to insert the steel were sliced off and used to plug the hole.

Following a previous consultancy, the delicate remains of the plasterwork, once a fine example of 18th century Italian craftsmanship, received the attention of a dedicated team of skilled plaster-conservators from St Blaise. A sheeted-scaffold covered the remains of the plaster detailing in the chapel for nine months, protecting it while the lime putty cured.

The kitchen had been built separately from the main building, ironically so that the house would not be burnt if the kitchen caught alight. Its isolation protected it from the fire of 1793 that is blamed on a brazier left burning by builders who were decorating the house in preparation for the wedding of the owner, the 8th Viscount Montague. He never did get married because as the ruins smouldered he drowned in a boating accident and the charred remains of one of England’s finest Tudor houses were left to rot.

The kitchen had been the domain of Robert May during the 1630s and details of it from his book – one of the earliest English-language cookery books ever published – were used in re-equipping it after it had been re-roofed and restored.

Wherever possible the few remaining original timber lintels were preserved and protected, although most of them had been replaced – some with small gauge railway track or large metal spanners – in the early 1900s. These were replaced. A stone fireplace was also rebuilt.

In the buttery, where a square window had been installed under an arch, the masons discovered that the springers of the arch had been completely cut away from both sides to accommodate the window, leaving the arch hanging from the masonry above. Stonewest secured it with phosphor bronze anchors painted to look like ancient iron.

John McCrea, the Stonewest project manager, told NSS: “We have lots of discussions with English Heritage about ‘honest’ repairs, but as this was a museum exercise really, they wanted everything disguised.”

Remaining ironwork – from the massive pintails of the main gate to what was left of the window frames and the hands of the gatehouse clock – was carefully cleaned and treated with black wax oil.

The roof of Conduit House, rotting and riddled with death-watch beetle, was replaced with local oak and the interior of the building refurbished to create accommodation.

The RICS Awards citation summarises the Cowdray project like this: “Conservation should be restrained in its application and this project has been meticulous and elegant in its approach. The result is a worthwhile monument which distinctly illustrates its previous use and historical contribution to the area.”