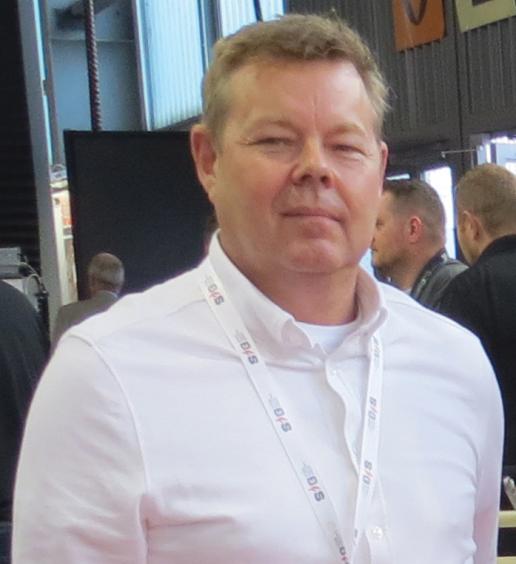 Simon Bradbury of Stone Industry Group represents Turrini Claudio water treatment and dust management systems in the UK. Here he says bags are better than filter presses for dealing with the waste in stone fabricators' factories as more porcelain is used.

Turrini is one of the most frequently used water recycling systems in the UK. Probably the highest profile stone processor using the system would be J Rotherham in the East Riding of Yorkshire. Rotherhams have had Turrini equipment for more than 15 years and in the past five years we have upgraded their equipment to the current three x 1,000 litres per minute systems.

All of the sludge is disposed of by bagging systems.

So why bags and not filter presses?

Filter presses are widely used for high volume sludge removal with natural stone, which produces a sludge consistency that tends to be of larger particles.

But filter presses are not well suited to the mixed material countertop market, particularly when working with chemicals.

This sludge is sticky and doesn’t play well with a filter press, meaning maintenance and downtime. This in turn leads to a build up of sludge in the system, which makes the water quality worsen as we are turning over a smaller volume.

In contrast, using bags is fast, easy and maintenance free.

You have to use the RIGHT bags, though. Our bags are chosen out of hundreds of alternatives because they have the right porosity to allow the water out fast and the mud to dry quickly.

Many people using cheap bags are removing them full of 'slop', so they try to fix that by punching holes in them, but that just allows mud out and makes a mess everywhere.

In the USA I see lots of people who purchased filter press systems spending in excess of five hours a week on maintenance. The majority are now looking to switch to bags.

Then there is water quality.

There has been a big change in the past few years in the engineered stone make up with a lot more porcelain products being used. That has led to an increase in lightweight particles in the material waste that goes into the water. It's giving some people real problems.

We have managed to solve those problems and are now giving some of our customers who have had this problem virtually crystal clear recycled 'gray' water.

We’ve done this with a combination of things, and for a small upgrade we can do it on any Turrini system. So anyone with a Turrini we haven’t been in touch with, drop us a line.