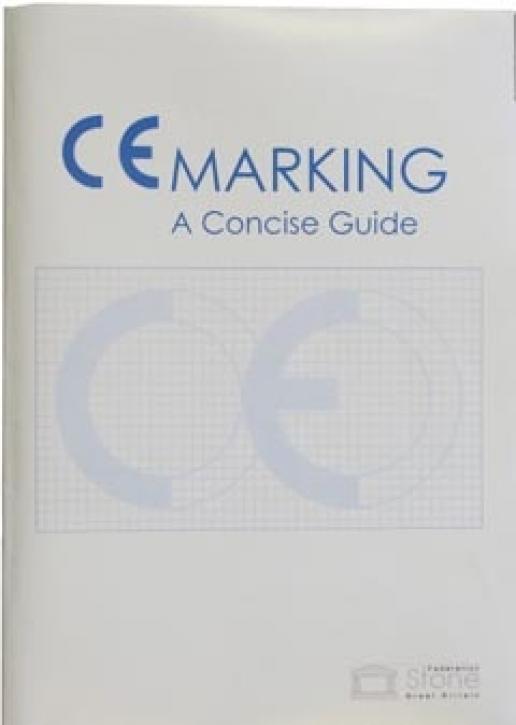 From 1 July 2013 it became a legally mandated obligation for natural stone products used in construction and covered by harmonised European standards to have a Declaration of Performance (DoP) and be CE Marked.

The stone products are covered by the following Harmonised products standards:

The declaration of performance and CE Certificate must show:

In accordance with the requirements of the Construction Products Regulation and the Building Regulations for England and Wales, no stone products (included in the above mentioned standards) will be permitted to be placed on the market in the UK or Europe irrespective of their country of origin, unless they are supported with a declaration of performance and CE certificate.

In simple terms, if a product has a harmonised EN standard (the standards that have taken the place of British Standards) and is listed in one of the many categories included with the Construction Products Regulations, IT IS ILLEGAL TO SELL IT WITHIN ALL EU MEMBER STATES WITHOUT IT BEING CE MARKED.

Stone Federation Great Britain has produced a guide to CE marking called CE Marking: A concise guide, which was launched at the Natural Stone Show at ExCeL in May 2013. It is available to its Members only and their customers. It could be a good time to join the Federation. Click here to go to the Federation website.

But will the data be sufficient for CE marking? Getting it wrong can lead to prosecution and the penalties could be severe if there is a failure, especially if the failure leads to injury or death.

The introduction of CE marking on building products is taking place as part of the continuing efforts of Europe to harmonise standards so that the products of all the countries of the Union can compete on a level playing field.

It means stonemasonry companies will have to put CE marks on any finished stonework they supply that is produced to a European Standard.

There are exceptions for one-offs and conservation masonry, and there are some peculiarities (window cills, for example, and kitchen worktops) that do not have to be CE marked because no European country has ever had a standard for them. But that is not quite the whole story.

Peter Harrison, Director at Harrison Goldman, says: "Dimensional stonework as defined by BS EN 12059, which includes loadbearing elements such as columns and arches, parapets, handrails, balustrade, coping, and window and door surrounds, do not require CE marking. However, as required by the Building Regulations for England & Wales approved documents to support Regulation 7 section I Materials 1.10 shows that where the product standards are not harmonised, the stone needs to comply with the British Standard and will need testing. Therefore the stone might as well comply with CE marking, which, in a sense, will be less onerous.

"There is a proposal by CEN [the European standards committee] to produce a standard for worktops that will deal with all horizontal surfaces and will be harmonised, but there is at the moment no timetable for this. Stone used for fireplaces will not need to be CE marked, but that is all."

As suppliers of finished product, stone processors will be responsible for the accuracy of the information relating to the CE mark, even when it has been provided by the company that supplied the stone.

The major stone quarry companies in the UK, as in the rest of Europe, have already carried out the necessary testing for CEâ€ˆmarking on their stones or are in the process of doing so. Those that supply products such as paving, flooring or cladding that will have to be CE marked, have either already marked it or will shortly be doing so.

They tend to be enthusiastic about CE marking because they believe it will give them an edge over imported stone. After all, an architect concerned about his professional indemnity insurance might give more credence to test results from a familiar UK laboratory than to those from an unfamiliar laboratory in, say, China or Lithuania (without intending any disrespect to either country).

UK wholesalers of imported stone that Natural Stone Specialist spoke to have three distinct attitudes towards CE marking: some enthusiastically believe it will make the industry more professional and enable them to provide an extra service to their customers by supplying all the test results they will need to CE mark the finished stonework; some think it will be an extra burden on their business for no extra benefit; and a few hope it is going to go away.

Simply ignoring changes in regulations is not unknown in the construction industry and has led to extended implementation times for changes (putting back the introduction of the CIS tax system was a notable example). However, this time the use of CE marks in construction is likely to be led by specifiers looking after their own interests.

That will mean stone processors looking for sources of stone will expect to be provided with the information they need in order to CE mark their finished masonry, even though raw block and slabs (raw or polished) do not have to carry CE marks.

The Italians wanted CE marking to be introduced for blocks and slabs, but the European Commission decided against it.

If the polished slabs are used for wall lining, flooring or steps, however, the stone company that cuts the slab for that purpose will have to issue a CE mark.

CE marking will also be compulsory on tiles, paving, cladding and roofing.

Even some products supplied with CEâ€ˆmarks will have to be marked again by the company fixing the stone if, for example, it is altered by the installation. A company drilling holes in cladding on site for fixing, for example, will potentially be changing the nature of the material and will become the manufacturer of it in its new state, so will become responsible for issuing a CE mark for it.

CE marks are not like British Standards. For stone, there is no pass or fail, as such, but a requirement for test information to be supplied to show the stone is consistent with a Declaration of Performance from the manufacturer (in most stone cases, apart from tiles, the stone processor).

Specifying such a product requires the person doing the specifying to have some comprehension of what the test results mean, or to expect the specialist contractor or a consultant to interpret the results for them.

Responsibility for the CEâ€ˆmark information being correct transfers to the stone company when it sells its products, even though the information has originated from the stone supplier.

If masonry companies find they cannot rely on the information being supplied to them, they might well be inclined to source the stone elsewhere. Some suppliers see that as an opportunity while others see it as a threat.

Responsibility for CE marks transfers to wholesalers when there is a supply chain – for example in the distribution of tiles or paving. It is the responsibility of a distributor to ensure the information is correct, even though it has come from the supplier, and to withhold a product from the market if they believe it is not fit for purpose, even if it is CE marked and all the relevant test results are presented.

Making sure the products do meet the standards claimed for them might mean wholesalers have to carry out sample testing to satisfy themselves that the information they have been provided is correct.

Supplying false information on a CE mark can lead to a criminal prosecution – and false information includes supplying a non-traditional name for the stone. Identifying the stone correctly becomes a requirement because CE marked stone products have to comply with BS EN 12440, a statutory requirement of which is for a stone’s traditional name and place of origin to be revealed. The CE mark also requires the petrographic identification of the stone (as defined in BS EN 12670).

Many wholesalers did not have test results for all the stones stocked when CE marking became mandatory in July. It is a challenge for wholesalers to obtain the information needed for CE marking from their suppliers. But at least it is not only the UK that needs that information. It applies across Europe – and the countries of the Eurozone are, collectively, still the world’s largest market.

There are some 400 European standards relating to building products. Fortunately you do not need to know them all. Those relevant to the stone industry cover cladding/wall linings, floors and steps, tiles, dimensional stonework, paving and slate roofing. They are listed below.

EN 12058 Specification for Slabs for Floors and Stairs