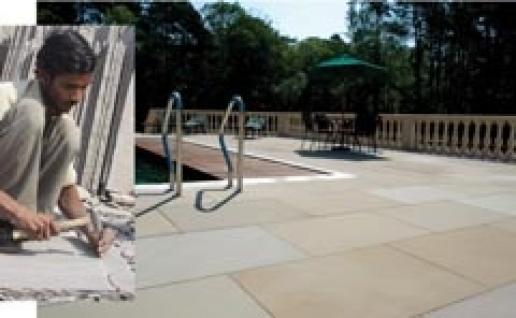 The UK buys more of its stone, particularly granite, sandstone and marble, from India than from any other country, but now the sub-continent says exports of its natural stone will have fallen 10-15% in the current financial year (up to April) as a large number of quarries and processing units have shut due to the shortage of raw material resulting from stricter enforcement of environmental laws.

Mr J B Surana, President of the All India Granites and Stone Association (AIGSA), is reported in the Indian newspaper Business Standard of 6 February as saying: “Due to the enforcement of strict environmental laws in several states, the existing granite quarry licences have not been renewed. One of the large processing and export units in Madurai shut shop recently. The granite and marble sector is facing several restrictions from the Central and state governments.”

He said an inordinate delay in the grant of quarry leases, lack of transparency and investor-unfriendly policies of the state governments had led to a drastic reduction in exports as the sector has facied an acute shortage of raw material.

“The Directorate General of Foreign Trade has fixed the marble import quota at 600,000tonnes a year against the sector’s demand of 1.5million [tonnes] a year. It has also restricted the import of granites. Not many licences have been granted by states in the recent years. The Karnataka government has not issued a single granite quarry licence in a decade.”

Karnataka’s share of granite exports has declined to 16% per cent of the total exports. Fifteen years ago it accounted for 60%.

“The pause in quarrying due to declaration of eco-sensitive zones around national parks and wildlife sanctuaries, declaration of revenue land as reserve forest, non-renewals of leases, delay in granting fresh leases and a restrictive export import policy have contributed to the shortage of raw material,” says Mr Surana.

AIGSA has called on the Indian government to bring the import of marble and granite under the Open General Licence regime and remove restrictions in the quantity of marble imports. There are only 600 licence holders among 20,000 processing units. It wants the government to declare granite a ‘major mineral’ and allow the domestic tariff area sale of marble slabs to exporters.

It also wants the government to restrict the import of finished goods from China, which it says is dumping huge quantities.

Go to www.naturalstonespecialist.com/currentissue/unlockednewsarticle.php?id=6... read how some British companies supplying Indian stone for hard landscaping have joined forces under an Ethical Trading Initiative programme to protect the workers in Indian quarries.