The Merry Month: by Robert Merry 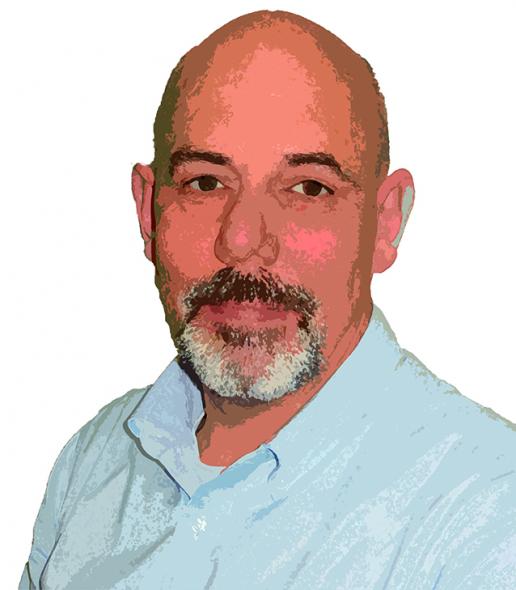 Robert Merry, MCIOB, is an independent Stone Consultant. He ran his own stone company for 17 years before becoming first an independent project manager and now a consultant. He is also an expert witness in disputes regarding stone and stone contracts. 0207 502 6353 / 07771 997621. [email protected]

Further to the ‘white marble turning yellow’ saga discussed in the previous two articles, hopefully you’ll be glad to know I survived the UV light testing and didn’t burn down the house. Alas, the pet dog is toast. But if you can’t keep your pet under control around UV light, what can anyone do?

(Only kidding about the toasted dog. Mind you, you should see the cat!)

I have yet to return to see the results and carry out cleaning tests. The results are not back from the lab on the core drills, so there is nothing further to report... yet.

Meanwhile, in a tradition I have recently started (they have to start somewhere) I took a long weekend and travelled by train (not plane) to Lyon in France.  Part medieval, part 19th century and very much part 21st century, it’s a lovely city full of glorious amounts of stone. It is where the French stone show is held.

Situated in the Beaujolais region of south-west France, a Golden Stone (Pierre Dorée) is used in most of the older buildings. The wine was nice too.

The city is built on two hills above a river valley:  the hill where they pray – in the 11-14th century cathedral at the base and the 19th century Basilique Notre Dame at the top – and the hill where they work. They were silk weavers up until a revolt in 1831 over wages and conditions was ended by 20,000 troops marching on the city from Paris.

There’s not much left of the industry these days and only a handful of the 25,000 looms used at the industry’s height still exist. There is a museum, of course. In more recent history the Lumiere brothers, pioneers of modern cinema, where born and lived in the city.

The Soane and Rhone rivers meet in the river valley creating a natural island between them on which much of the city is built.

At the base of the island rejuvenation projects abound on reclaimed land, similar to other cities – the Olympic Park in the east of London comes to mind.

This is a new build area containing little stone except as paving. Buildings are bright yellow, orange, green and white to house the growing IT industry. At the very tip of the island is an extraordinary museum clad in metal sheets of various geometric designs that make it look like a Star Wars space craft of sorts.

The beautiful honey coloured Pierre Dorée stone can be seen in medieval courtyards in the Veaux, where windows and doorways and balconies have stone mullions, cills, headers and corbels. Some are original but many have had indented repairs made over time. There’s a ‘Romeo wherefore art though…’ feel about one but I resist an urge to recite from The Bard.

The Cathedral is not as decorative as I had expected for a southern European Catholic place of worship but the vaulted gothic ceilings and Roman arches are beautiful; the use of different limestones to form the columns a delight. The external carvings, though water damaged, are still fine in places. There is a striking skirting of Cipollino green marble at the base of the external walls, though you have to look closely to see it.

By contrast the Basilica atop the Fourvière hill holds nothing back. Granite carvings greet the visitor at the entrance and inside a riot of gold mosaics and marbles, including Rouge Languedoc, Rouge Incarnat, Noir Saint Laurant and Saint-Anne des Pyrenees, along with Henry IV limestone and more form every surface.

We missed the storms that hit GB that weekend and returned by train in relative calm, it getting colder and wetter the nearer we got to home.

A fine tradition and a fine city in which to start it. I was thinking we should devise a name for people who travel to cities to look at stone. My partner would say ‘sad’. But like Twitterers, there’s a hidden passion that only the participants can understand.

Answers on a postcard please – preferably from a city clad in stone, of course.