Step Up: by Ian Knapper 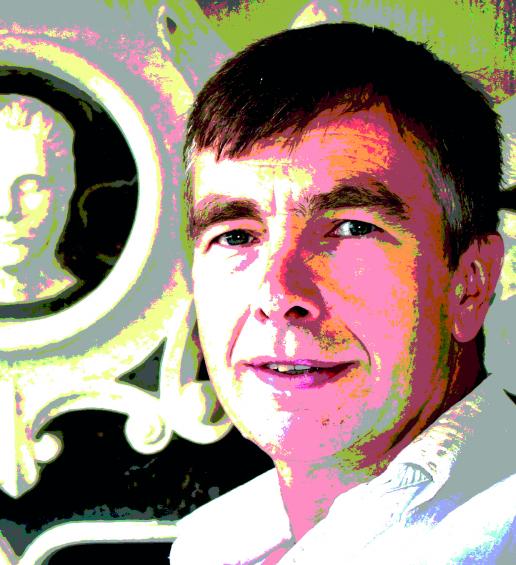 For more than 25 years the name of Ian Knapper, the eponymous head of his company in Staffordshire, has become synonymous with stunning stone design, including the finest fireplaces, staircases and other sculptural and architectural stonework. Tel: 01538 722733. [email protected]

Natural stone has many amazing qualities – the look, the feel, the longevity, the value, the history... And, as with anything natural, you can’t dictate or control it.

I was asked not so long ago if stone was graded for pattern, like diamonds for clarity. Patterning is very much about personal taste.

Of course, some stone is graded, although it’s not all that common. We have just completed a staircase in Greek Thassos marble, which goes from being almost crystalline white – one of the whitest natural marbles in the world – through to graining and fossiling.

The cleanest, whitest and most expensive, which we were working with, is called ‘AAA’ and the material is graded back from that. Similarly, Carrara marble is categorised according to the background colour, with the white background of Carrara ‘C’ being the premium and ‘CD’ and ‘D’ having greyer tones.

From a desirability aspect, uniformity, consistency, and clarity of veining also command a higher price.

But most stone is not graded. It is put out as slabs for people to select. It’s a tricky one. Where do you draw the line on what is realistic and acceptable and what isn’t?

You can have a beautiful piece of stone with a shell cropping up in an eye-catching position. For one client it detracts from the overall project, for another it is brilliant and they love it.

All stone suppliers have had many projects where this crops up because they are all dealing with a natural product that is never entirely uniform.

It comes back to managing expectations. It’s so important to get an understanding up front of what aesthetic people are looking to achieve. Some people will give you such a tight brief you have to say it’s really not realistic and if that’s what they’ve got their heart set on then a man-made product, where colour can be controlled, is the way to go. I have to say that nine times out of ten they don’t take that route, but that’s a conversation that needs to take place to get people aligned at the start of a project.

Some stones are more troublesome than others.

We recently priced a job in an Italian marble. In places it would be cream, in places it would be almost red running into purples. You could only get the full appreciation of it from a full slab. The stone samples you might send out, even at 300mm square, would give you no idea at all of what the whole slab would be like.

With such variations you must think ahead about where the variation will start and stop on each tread of a stair, for example.

Putting a natural stone staircase together is a huge feat. Flip a piece of stone over and it could be a different colour. One tread could have a corner of white, the next be almost completely white. Getting that difference integrated is a key consideration and takes a lot of thought and experience.

Limestone is generally a little bit calmer as there’s not as much grain. When we show clients limestone, sometimes they ask if we can go even lighter. Generally the only solution would be marble, but it’s going to cost more. That sometimes swings the decision.

We always aim to be factual and realistic in delivering staircases and any other work we do.

Someone came to us with a particular marble in mind. It was quite wild. As a company we are adventurous, so we would never shut anything down. But we do need to get everyone on board. Sometimes it’s all about the look; sometimes it’s about the budget. More often than not... it’s a bit of both.