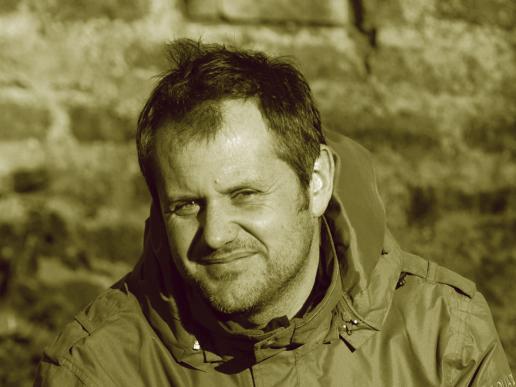 Furloughing staff is one thing, but exiting lockdown and managing cashflow will be the real test, says quarry boss and Stone Federation GB President Marcus Paine.

He made the statement through the Construction Industry Coronavirus Forum (CICV), to which the Stone Federation is a contributor.

In a public statement Marcus says he’s already looking at life after lockdown – but fears uncertainty over cashflow could leave many SMEs (small to medium-sized enterprises) like his family stone business between a rock and a hard place.

Marcus has spent 26 years building up quarrying firm Hutton Stone in the Scottish Borders. After starting with his parents’ support in 1994, the outfit today supplies natural and sustainable sandstone masonry to the new build and restoration construction sectors.

"...it’s vital for all of us – SMEs, bosses, staff, banks and governments alike – to do our bit in the safe, steady and secure recovery of our economy, and shoulder the risk and responsibility together."

Like many firms, Hutton Stone was forced to furlough staff and rely on government grants when lockdown happened in March. And like his fellow business owners, he’s now concerned about what will happen when he returns to work and the realities of stalled cashflow begin to bite.

Marcus – who is the fifth generation of his family to work in the natural stone industry – says: “With 40 staff, we are no by no means a big business, but nevertheless we are a significant employer in a rural area and the concerning thing for me and those like me is how we’re going to be able to finance things once we get back to work.

“We’d then expect to cut and supply stone for a month and invoice our customers at the month-end. And if our customers are good payers, we would expect a payment from them at the end of the following month, so, with luck, the beginning of August.

“However, that means we would have incurred at least £250,000 worth of costs before our best payers might pay – and some of them might well be in difficulty [so delay payment].

“Given that early paying customers have always been harder to find in the construction sector, I can easily imagine a further month of delays in payment, taking us to £370,000 of incurred costs – and by this time we would most definitely have also begun incurring additional quarrying costs, consumable costs, bulk fuel costs, explosives costs, block purchase costs and more.

“That is a huge sum for any SME to finance in working capital and provides a sense of the level of focus we will need to apply to the issue of restarting carefully and with great caution.”

As well as the 40 people Hutton Stone employs directly, there are many others in its support chain – which is significant in a rural area like The Borders.

Marcus says he’s not confident banks will do their bit to support a vital local business. “Government support has been immense, but the banks have been very slow to the table for SMEs like us.

“The vast majority of SMEs take considered and careful risks every day when we run our companies, borne out by determination to succeed and create secure, thriving businesses that will last. However, the banks have said they are ‘risk-averse’, which is dismal. The banks were saved by the UK taxpayers in 2008 and there are now lots of frightened owners of longstanding decent SMEs out there who believed that in this unprecedented situation they might be able to share their risks with the banks.

“Like me, [other SMEs] have been in business for many years and have behaved responsibly throughout, honouring contracts, looking after their staff and paying their taxes.

“Now banks are asking for one year of cashflow and clear detail of how we SMEs can trade out of the current crisis – in a situation where no-one knows what the cash position will be next month, far less in 12 months’ time!

“Despite the vital work they do in creating jobs and prosperity, I think SMEs are undervalued and poorly served by society. It strikes me that this is not widely understood by politicians, policy makers and the general public when we are broadly referred to simply as ‘business’.

"There are great differences between large businesses and SMEs and many feel that while we are given all the responsibilities of big business we are not afforded the same support from our financial institutions as we are perceived as small and somehow higher risk.

“I understand the governments have pressed the banks to co-operate with the SME sector and, as we roll forward, have asked us to let them know if we need assistance. The answer is 'yes we do', though personally I don’t know what that will mean exactly, as the situation changes daily.

"Everything is currently short-term. We tread carefully and work with our partners, which I hope, especially after 30 June, will continue to include the governments [of the UK] as well as the banks.

“Like many SMEs, we don’t have buckets of cash resources but we work hard, invest, build and develop and do our best from day to day to keep ourselves strong, resilient and intact, pay wages, creditors and taxes, and seek constantly to move forward.”

As well as a poor initial response from the banks, Marcus said the initial lack of clarity from government was disappointing – but they soon stepped up and delivered. “Throughout this entire episode, clarity and a clear lead from both the UK and Scottish Governments was vital. For a while there were no definitive answers on anything and there was quite a bit of uncertainty over the furlough situation.

“Initially, we thought we could work, since ours isn’t a business that can be operated from home. However, as conflicting political views emerged, most of our customers took the view that the moral thing was to stop operations. And given none of our supplies were to essential projects at the time, we decided to do the same.

“We currently have 38 colleagues who are being supported by the furlough scheme - and the arrangements have been very helpful, as has our ability to take up finance and HP holidays.

“I also spoke to our MSP, Rachel Hamilton, who was extremely helpful in giving us good advice and, to her credit, Nicola Sturgeon has also been very clear. The only thing to note is that here in the Borders the differing political messages across the UK could not be more acutely felt.

“With the help of furlough and the HP holiday we can now run the business for around £10,600 a month, which means our business and loyal staff are secure at this point. The wording of the Scottish Government’s rates relief package initially excluded us, but subsequent changes to the wording seem to suggest that we now may fit the modified criteria, which would be very helpful.

“The only thing I’m not so sure about is deferring PAYE and VAT payments to HMRC – it’s a red herring and seems potentially suicidal. Much better to keep paying it now if you can, rather than being faced with big debts in March next year.

“I can see many SMEs falling next year, having being encouraged to use VAT and PAYE deferral money before being able to source other funding, which just doesn’t make sense.”

Once the all-clear is given, Marcus says he is unclear exactly how a return to work would happen at Hutton Stone. He isnsists caution will be his watchword.

“Like a lot of people, we’ve had a very challenging and difficult few weeks, but I sense that re-opening the business when demand is unclear is going to require far more focus than shutting down.

“I think a staged return to work, with continued social distancing and maybe just a skeleton staff will be the first stage.

“With the health & safety rules being applied, we might look at a gradual roll-out towards a state of near-normal, though this assumes, of course, that our colleagues are prepared to co-operate and return to a changed workplace.”

That changed workplace will include plenty of twists and turns along the way and Marcus acknowledged that he, his staff and family are facing a leap into the unknown.

“We’re just ordinary working people like anyone else, with mortgages to pay and families to bring up. But at the moment, I just can’t tell what the future holds.

“What I do know is that it’s vital for all of us – SMEs, bosses, staff, banks and governments alike – to do our bit in the safe, steady and secure recovery of our economy, and shoulder the risk and responsibility together."