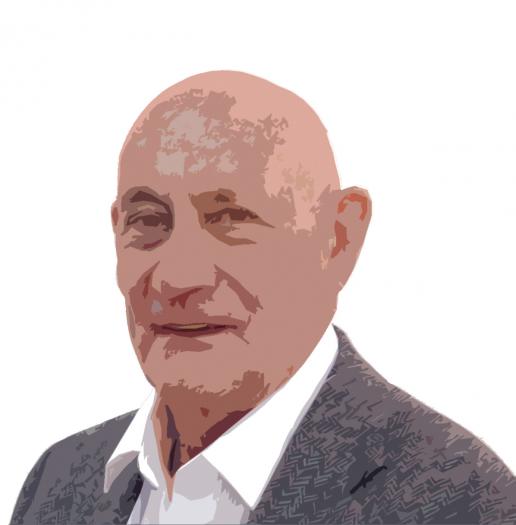 David Francis is a hands-on mason who has specialised for many years on the memorial side of the stone industry. If you have an issue regarding any aspect of memorial masonry, David is happy to help. Send your questions or comments to David at [email protected].

BS 8415–2018, the revised standard for memorials, has finally been published.

It is a re-worked document that has been argued over for far too long. I wonder if the result of all this deliberation meets the expectations of the people and companies it will and must effect.

Most of the Standard is unchanged, although a few anomalies have been sorted out. The main changes that will affect memorial masons are to foundations.

The Standard calls for all concrete foundations to be reinforced with steel, so they don’t break.

Foundations used for lawn memorials have a weak point because the centre of the slab usually has a hole for flower vase as well as having been bored to accommodate an anchor.

As a result of that weak point, some bases have broken in the middle because no lateral reinforcement was present.

Trough foundations are also excluded from the Standard as they do not provide enough area for effective cement adhesion between the foundation and the base of the memorial.

Among all this technical instruction, the Standard then says the way to assess the density of clay is with a ‘Thumb Test’ – that is, trying to push your thumb into the ground! Has the weather, then, nothing to do with how easy that will be? A better way should have been found.

It also seems to me that the revised Standard means the National Association of Memorial Masons (NAMM) has lost its right to test and provide a register of approved ground anchors, as it has in the past.

The previous version of BS 8415 allowed NAMM to hold such a register, as it was an approved body to test ground anchors. But now the whole ground anchor testing procedure has changed.

The new way to test ground anchors consists of digging a metre cube pit and filling it with a specified sand. If this was for an athletics event it would have to be left to settle for several months. However, the sand has to be compacted. How well that is done could make a difference to the test result, I would have thought. To carry out further tests the pit must be completely emptied and refilled, or another pit dug to be able to continue.

We do not have cemeteries on sand for safety reasons – the walls of graves would collapse as they were being dug. So, the test as it now stands bears no resemblance to reality.

This worries me because some exaggerated claims have been made about this form of testing and British Standards have just accepted the change without any actual physical trial under strict supervision.

The Committee considering revisions to the Standard (and I sit on it) had some discussion over the inclusion of a bibliography that includes guidelines produced by some organisations, including NAMM, because these will not now conform to the Standard. However, they are still listed.

I read recently what a standard should represent. It said it should be a document established by consensus and approved by recognised bodies, giving guidelines for safe working, set by the industry after full consultation. I am not sure BS 8415 can be said to satisfy all those criteria.

I refer to David Francis' comments in his Grave Concerns column in the September 2018 issue regarding the new British Standard BS 8415 2018, which has now been published.

David says that the new standard says the way to assess the density of clay is with a thumb test, in other words pushing your thumb into the ground. Has the weather then nothing to do with how easy that will be?

The test carried out by a civil or structural engineer would include carrying out a shear vane test that would inform you of the density of the clay. Secondly, the engineer in his report would note the moisture contents of the clay.

David says the previous version of BS 8415 allowed NAMM to hold a register of approved fixing systems, as it was an approved body to test ground anchors. Approved by whom? A test can be produced by any organisation and as such it is not always easy to identify the creditably of those carrying it out. In order to address this issue some test organisations seek accreditation from third parties (UKAS - United Kingdom Accreditation Service - for example).

The test report covers many aspects of credibility.

David says the new way to test ground anchors consists of digging a metre cube pit and filling it with a specified sand. This is going over old ground. I have already stated previously why the testing should be carried out in a pit or trench filled with a known and repeatable soil condition. It is also consistent with having been informed by the construction and testing section of the British Standards Institution that this was the correct method in order to test a product. That is why it is now in the Standard. As far as the compaction of sand goes, which he has concerns about, the engineer performing the test would carry out a penetrometer test to detect soil compaction.

David says that he recently read what a Standard should represent. He says it should be a document established by consensus and approved by recognised bodies, giving guidelines for safe working set by the industry after full consultation. There were more than 160 comments when the Standard was put out for public consultation at the end of last year and then sometime later even more comments. All these comments were addressed in preparing the Standard.

I believe that the 8415 committee fully satisfied all the criteria in order to reduce product failures and enhance consumer protection and confidence.

In reply to the letter from Anton Matthews, I thank him for pointing out his view.

He seems to agree with me that the thumb test for the density of clay is not very scientific and should be carried out by a civil or structural engineer. The test should include a sheer vane as well as an engineer with a good thumb. I am however not convinced that this test achieves anything.

I am very worried that a pit full of washed sand is not the same as sandy soil. I have visited Redhill Cemetery and the ground seemed well compacted and quite dense.

I do not think that BSI has tested the sand pit before it was included in the Standard. The test should have been carried out under the strict conditions as laid down in the Standard before BS 8415 was published.

The number of comments received by BSI does not indicate acceptance, as many of those comments were not happy with the result. I think little has changed in the final BS 8415.

I am pleased the Standard is finished, as it dragged on because some points were argued over and over with a lot of back tracking. I do not know if the NAMM Code of working Practice conforms as I have not seen the latest version, but I suspect very little will be changed.