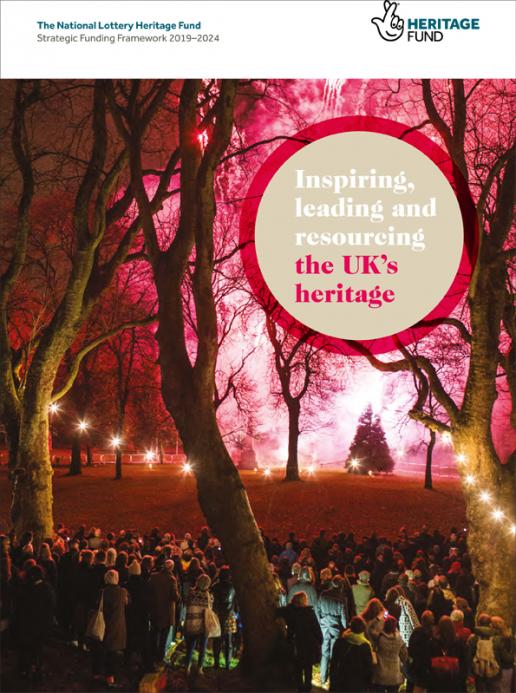 A new, more commercial look to the Heritage Fund from the National Lottery is introduced in the Strategic Funding Framework 2019-2024 published on 30 January.

The new five-year plan for the Heritage Lottery Fund as it celebrates its 25th anniversary was published on schedule on 30 January. As expected, it marks some major changes for the way the fund is organised and how the money is distributed. It even includes a slight change of identity as the fund is re-named as the National Lottery Heritage Fund (NHLF).

As expected, the plan includes a change of allocation of some (but not all) funds from grants to loans. How that will work out is not explained in the plan, but NHLF told Natural Stone Specialist magazine: "In regards to the allocation of support being given to loans and grants, this hasn’t been fully decided just yet, but for the foreseeable future our main activities will relate to grant-giving." However it turns out, the intention is to make the process of applying for a grant or a loan easier than it has been.

What is clear from the report is that there is intended to be a more commercially-minded basis of operation for the Heritage Fund, including collaboration with profit-making private enterprises. It is an approach it intends to encourage in those it supports.

In the past 25 years the Heritage Lottery Fund has given around £8billion to more than 44,000 projects to help maintain and improve the human heritage of the UK. As the Heritage Fund, it intends to allocate a further £1.2billion during the next five years. London and the South of England will still get the Lion's share, but the aim is to give the regions a greater say in how the money is spent in their areas, as well as spending more of it in less affluent parts of the country.

The regional allocation of the fund is:

Changes in the way the fund is run have followed intervention from the government and consultation with the public including a YouGov survey of more than 10,000 people.

The Heritage Fund sums up its new approach as including:

Ros Kerslake, CEO of the Heritage Fund, said on the publication of the report: “Over the past 25 years, money raised by people who buy National Lottery tickets has profoundly changed how we view and engage with the UK’s exceptionally varied heritage. By putting people at its heart, it has helped our wonderful buildings, iconic landscapes, cultural memories and traditions and native species not just survive, but thrive.

“Over the next five years, The National Lottery Heritage Fund will inspire, lead and resource the UK’s heritage, distributing more than £1bn. So we will be making more decisions on funding locally and focusing on the heritage that really matters to people, creating jobs, bringing economic prosperity and improving people’s lives right across the UK.”

The full 52-page report can be downloaded here.