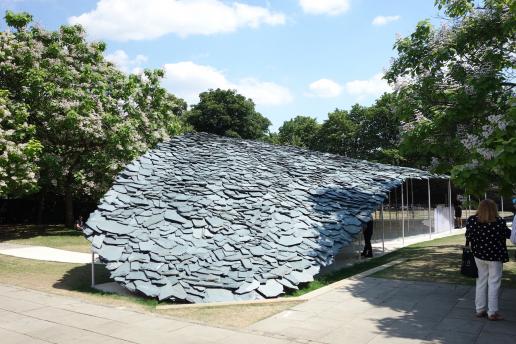 This year's Serpentine Pavilion with its 61tonnes of loose-laid Honister Slate.

Honister Slate Mine in The Lake District has supplied 61 tonnes of Westmorland green riven by-product for this year’s  temporary pavilion on the Serpentine Gallery’s lawn in Kensington Gardens, London.

The stone has been randomly loose laid. It was installed by Eden Stonecraft, also based in the Lake District.

This is the 19th temporary Serpentine Pavilion constructed by the gallery – and they have become an admired and anticipated feature over the years. This year’s design is by Japanese architect Junya Ishigami. It opened on 21 June and will remain in use until 6 October, when it will be dismantled.

The slates create a single canopy roof, under which is an enclosed, sheltered space; a refuge for contemplation. The Pavilion articulates Ishigami’s stated ‘free space’ philosophy in which he seeks harmony between man-made structures and nature.

Junya Ishigami explains on the Serpentine Gallery website: “My design for the Pavilion plays with our perspectives of the built environment against the backdrop of a natural landscape, emphasising a natural and organic feel as though it had grown out of the lawn, resembling a hill made out of rocks.

“This is an attempt to supplement traditional architecture with modern methodologies and concepts; to create in this place an expanse of scenery like never seen before. Possessing the weighty presence of slate roofs seen around the world, and simultaneously appearing so light it could blow away in the breeze. The cluster of scattered rock levitates like a billowing piece of fabric.” 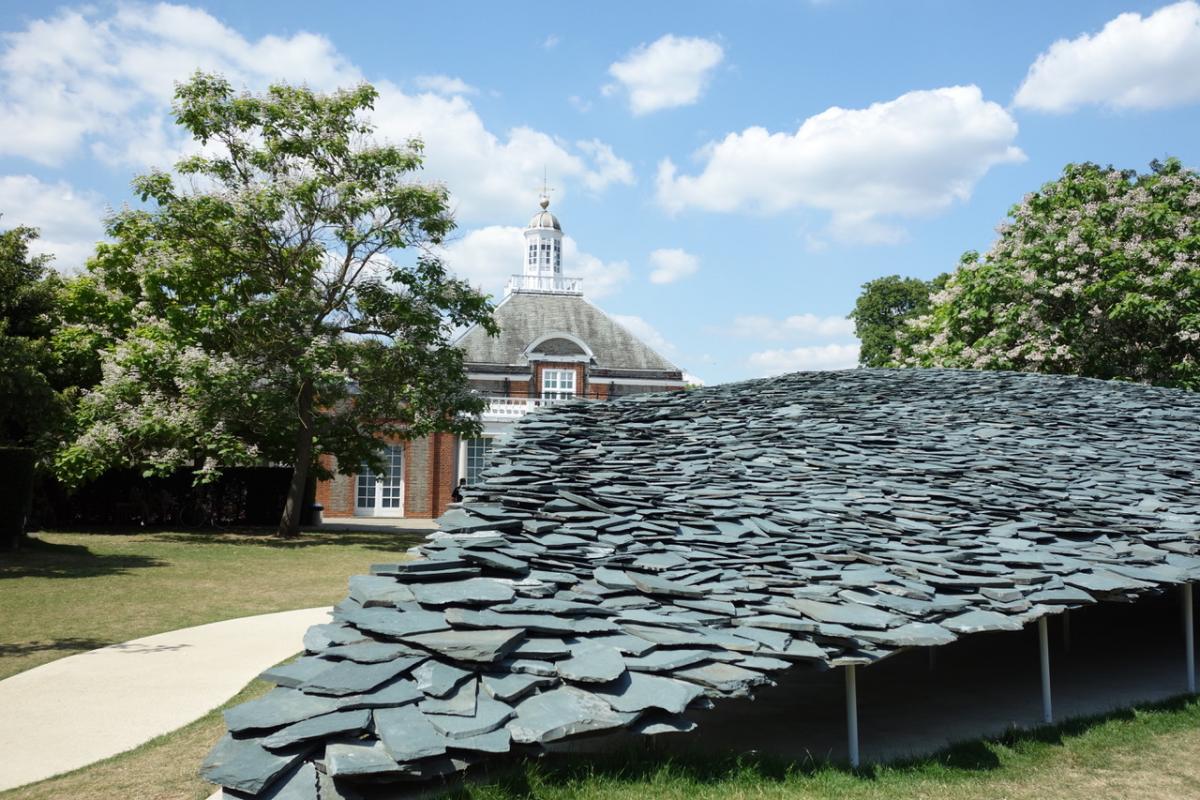 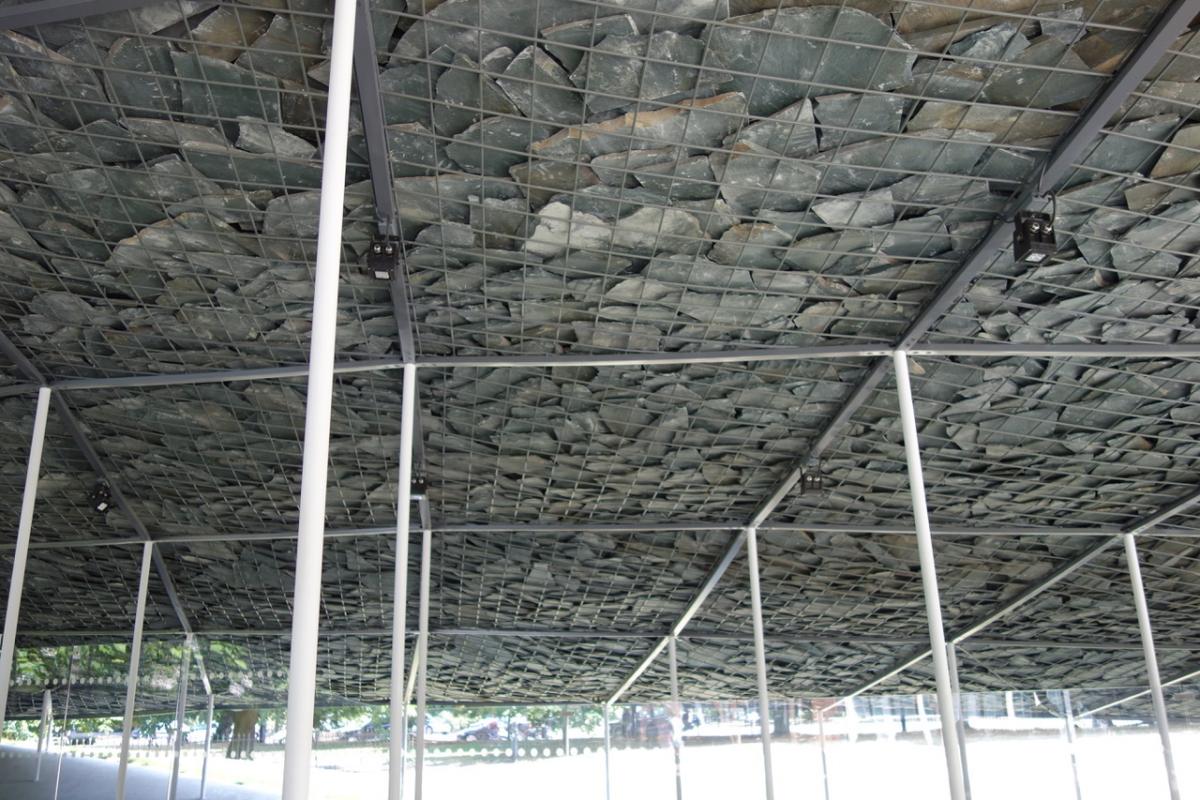