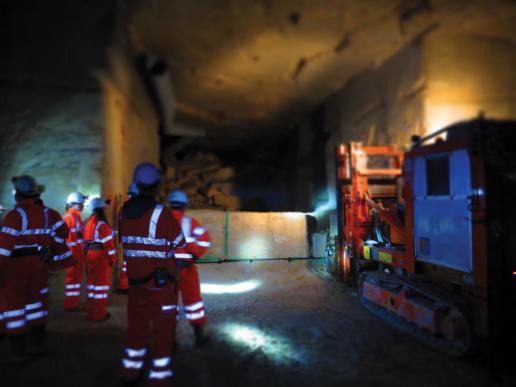 Visitors to Hanson Bath & Portland’s Monks Park underground Bath stone quarry at the start of August will remember the burn in their legs as they reached the top of the 212 steps back into the open air.

Bath & Portland hopes that’s not all they will remember. It would also like them to remember the stack of uniform blocks of stone they saw on the surface. And it hopes the tour underground will have convinced them there is plenty more of it – about a million cubic metres, with any luck. “We are as confident as we can be that it’s all Bath stone,” says Monks Park Manager Gary Sales. 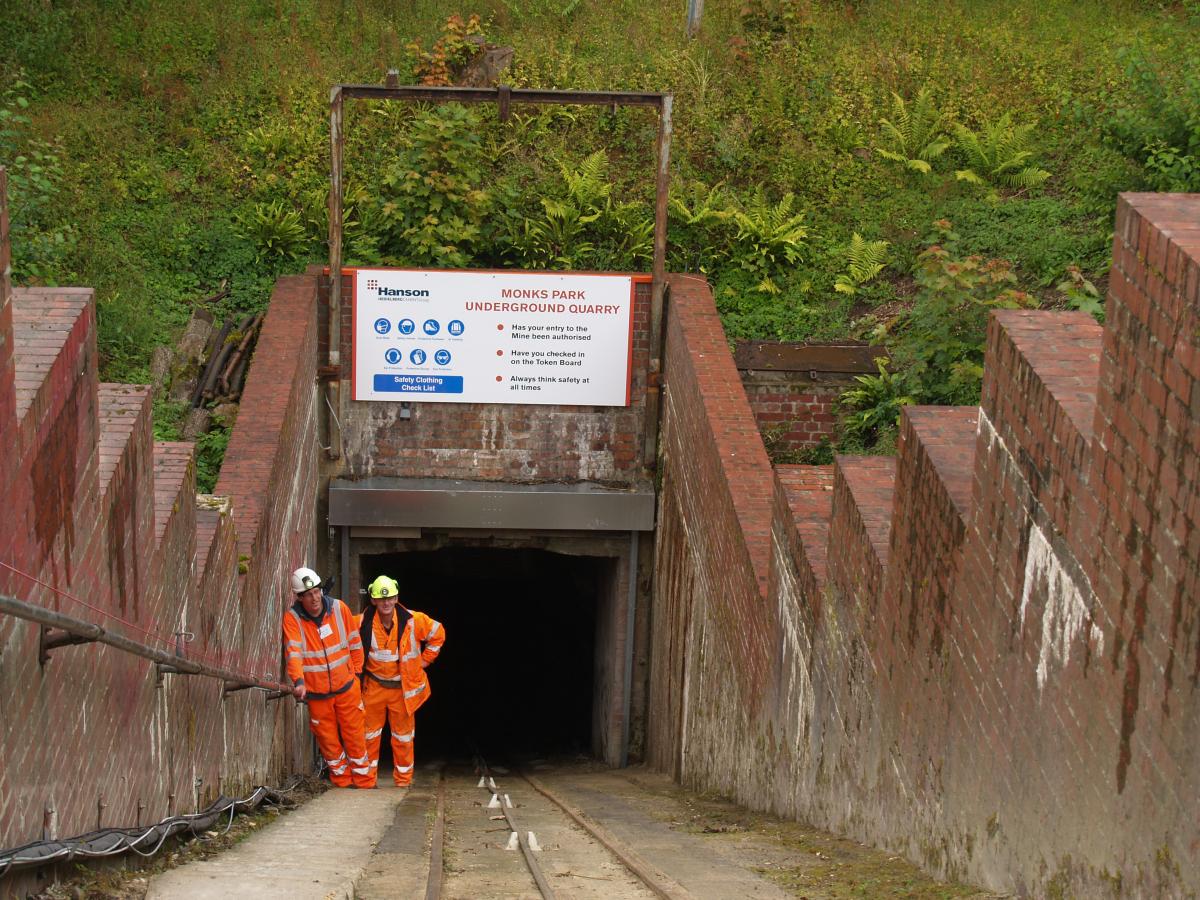 Hanson moved back into Monks Park, which it had mothballed in 2004, in February this year after negotiations with the land-owner at nearby Hartham Park underground quarry for an extension of the lease to the entrance faltered. Lovell Stone has taken over the lease there, as previously reported.

Bath & Portland had already been working towards obtaining planning permission to open a new portal to Hartham Park on land it owns near to the existing entrance. It now has that permission and plans to open a portal at a drivable 1:10 gradient, giving it access to the part of the workings underground that it has the mineral rights to. Stone from Hartham Park is currently winched to the surface up a steep incline.

Exactly when work will begin on opening the new entrance to Hartham Park has yet to be decided. But even when it is open, Bath & Portland says it will continue to operate Monks Park to increase the range of stone it offers.

Nobody at Bath & Portland can now remember why Monks Park was vacated, although the reasons might be surmised. For a start there are those 212 steps. Then there is the fact that there are up to six beds being worked at Monks Park, none of which is as thick as the beds at Hartham Park (although they go up to about 800mm) and the stone has a little more figuring in it. But it is fine grained for Bath stone, which makes it good for masonry and carving. An example of part of a window frame produced at Bath & Portland’s Keynsham Masonry works on show during the open day illustrated how sharp an arris it can take. It is not surprising the first blocks bought have been used to make fireplaces. 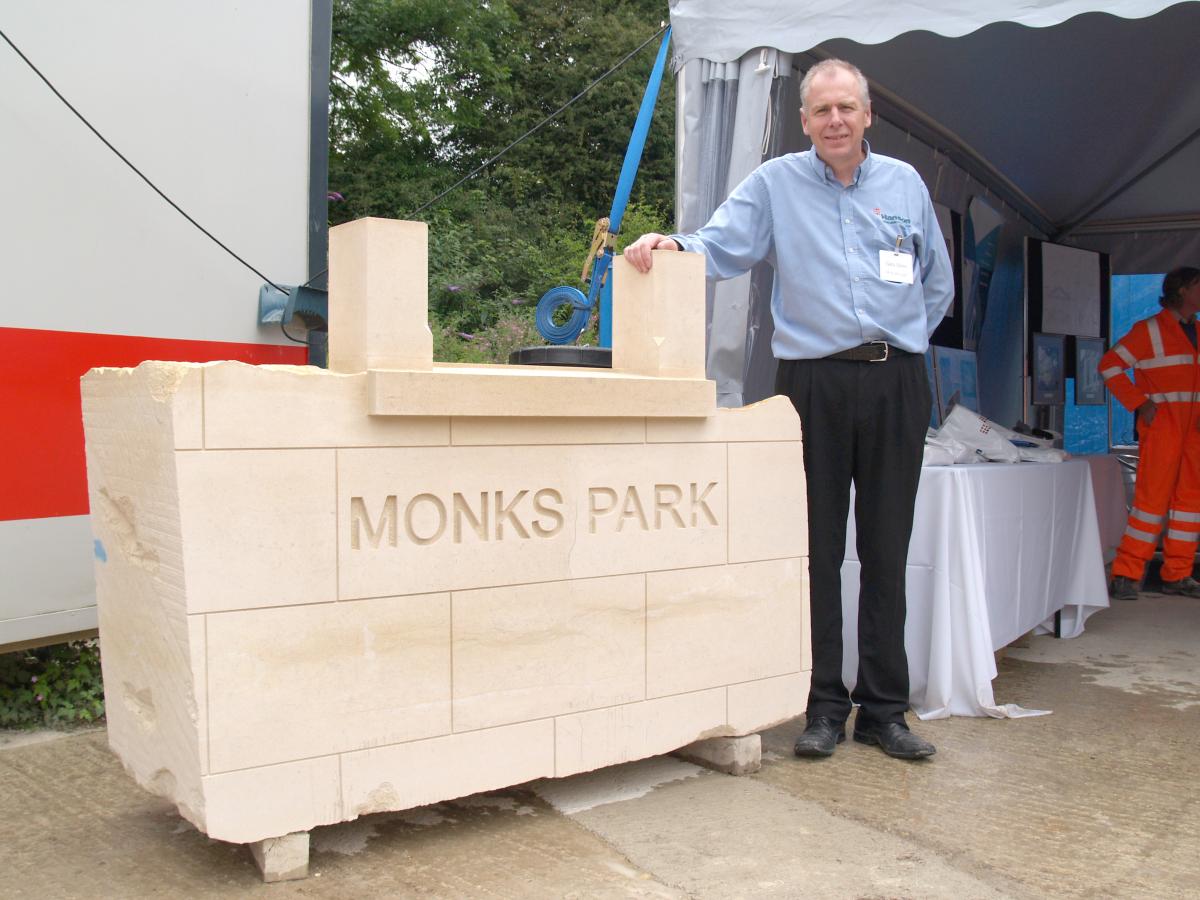 And the stone is in plentiful supply and easy to extract, so you should get a good price, especially while Bath & Portland is trying to re-established it in the marketplace.

Visitors to the Monks Park open day were a mixture of the trade and architects looking to use Bath stone. They went underground to see one of the two Fantini electro-hydraulic saws currently working at the quarry cutting the stone. As at Hartham Park, cut blocks are winched to the surface up a steep incline alongside the 212 steps the visitors used, and which are used daily by the 10 people working at Monks Park.

The message is: Monks Park Bath stone is now in full production and there is plenty of it.