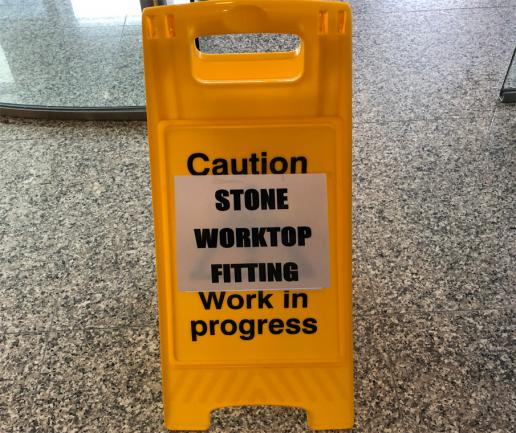 Back to work must not mean back to normal. When sites re-open observe the Site Operating Procedures and keep 2m apart as much as possible. If you can't, wear a mask and wash or sanitise your hands frequently.

Prime Minister Boris Johnson spoke publicly on Monday 27 April for the first time since leaving hospital after being treated for the Covid-19 infection. He said the lock-down must continue.

"We are now beginning to turn the tide," he said, but added that lock-down measures should remain in place to prevent a new wave of deaths and the economic disaster that would result from another lock-down as a result.

However, with government cabinet ministers having made it plain construction work should continue, there has been a gradual re-opening of building sites in England and Wales. In Scotland, the Scottish government keeps them closed. The England/Wales openings can now be expected to accelerate as long as the Covid-19 death rate does not start to rise again.

And with sites re-opening, so must the companies that supply them. Several of the builders merchants that shut (which they did not all do) have now also re-opened. Stone companies are also returning to work, some willingly, some feeling some pressure to do so.

The government’s initial lock-down announcement was anything but clear about whether construction sites should stay open or not.

Although guidance online said people should go to work if they could not work at home, politicians muddied the water by talking about ‘essential’, ‘key’ or ‘frontline’ workers. Construction companies that carried on working found themselves trolled on social media. Some workers were even given spot fines by police as they made their way to work.

Then the Secretary of State at the Department for Business, Energy & Industrial Strategy, Alok Sharma, wrote an open letter to the construction industry on 31 March making it clear construction sites could stay open and praising those that continued to work. That was followed by the Construction Leadership Council, of which the Stone Federation is part, publishing its third Site Operating Procedures on 15 April. The document tells the industry how to work safely onsite by keeping your distance as much as possible but with a hierarchy of measures to take if that is not possible, including wearing masks so you don't cough or sneeze on other people. It says people working onsite should wash or sanitse their hands frequently.

Other government ministers have also said sites should stay open. Robert Jenrick, the Secretary of State for Housing, said on 23 April, after several companies had said they would be returning to work: “I welcome developers re-opening sites following careful consideration of public health guidance.”

Build UK members have asked the government to designate construction as essential work in order to reassure everyone it is acceptable for sites to be open in order to reduce the trolling.

Whether the gradual return to work constitutes a strategy for ending the lock-down is not clear, but it seems to be happening in construction, at least, although companies are being warned to observe and monitor the distance and sanitation rules.

The situation changes quickly and you can keep up with the latest advice for business from government on the GOV.UK website.