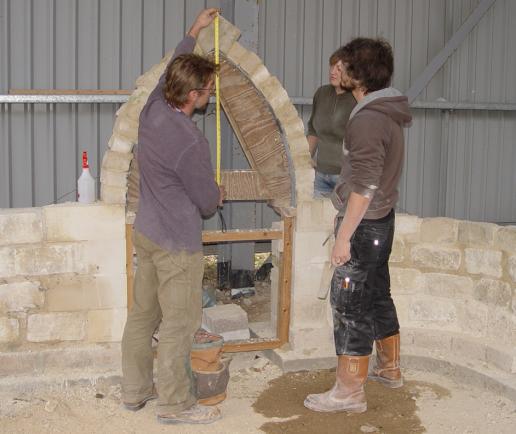 The strange case of the missing apprenticeships.

The government has been accused of making up its proposals for changing apprenticeships to new Trailblazers as it goes along, but the latest developments in the stone industry are bizarre.

At a meeting under the auspices of the Natural Stone Industry Training Group (NSITG) in March, those in the industry interested in training met and agreed, if a little reluctantly, to submit a proposal for Trailblazer apprenticeships in the stone sector (read the report from that meeting here).

There was less than enthusiasm for the idea because the industry has already put some effort into creating apprenticeships and training programmes for entrants to the sector which it was quite happy with. Nevertheless, those at the meeting felt if they did not submit a proposal someone else would, which might not be to the general benefit of stone companies.

So an 'expression of interest' was put together by a committee and presented to the government Department for Business, Innovation & Skills (BIS) by Michelle Turner of Essex company Stone Restoration on behalf of the NSITG.

But BIS came back with the news that it had already approved a stonemasonry apprenticeship standard proposed by the National Apprenticeship Officer for Specsavers.

It seemed decidedly odd and BIS have so far failed to provide any more information. Neither does it appear to be co-operative about doing so.

The National Apprenticeship Officer for Specsavers seems to be someone called Guy Kidd, who has been on a long holiday. Michelle has so far been unable to contact him to find out quite why he would have created an apprenticeship proposal for stonemasonry.

The committee that presented the stone industry's 'expression of interest' is forging ahead with its detailed proposal in the assumption that at some point it will be able to submit it when whatever has happened is sorted out.

According to BIS, the review process is continuing and the six-week deadline to respond is this week (8 September), so perhaps all will become clearer then.

The government's aim in changing all apprenticeships is to increase the number of people receiving this form of training. It also plans to put more of the cost on to industry and reduce the contribution from government, which it presents as 'empowering' private enterprise to take responsibility for training. It wants apprentice training to be relevant to industry and to trainees, which the ndustry, at least, felt the existing apprenticeships were.

The trouble with leaving it up to companies to train their staff is that many prefer to freeload, leaving it to others to face the cost and then poaching the skills. It is why industrial training boards were introduced in the first place, spreading the cost of training across an industry and rewarding those who actually carry out training by giving them grants to pay for it. The government has said there will continue to be a levy to pay grants to those who train. Currently, it looks as if there will be two levies next year, one to CITB and one to Trailblazers, at least for larger companies.