The latest news from the Stone Industry 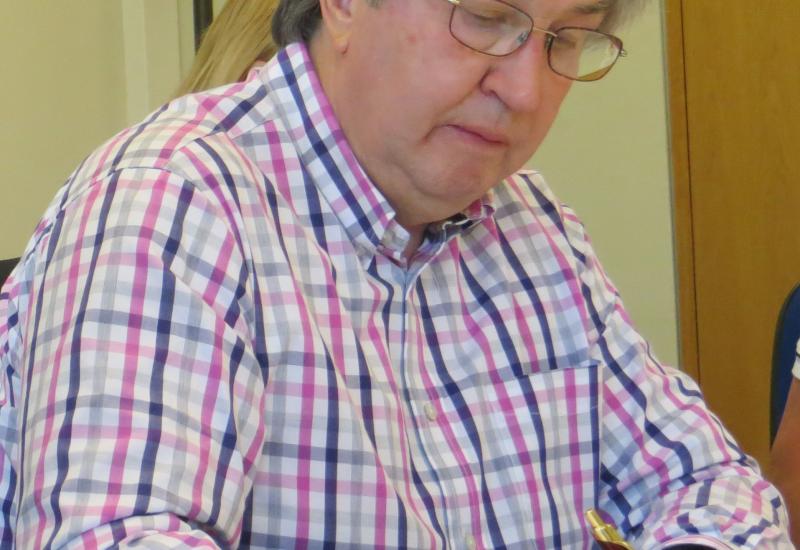 12 June 2017 | Training
Make sure you claim your £10,000 from CITB for training
The CITB Flexible Skills & Training Fund is there to help smaller companies fund their training.The reminder comes from Ian Major, Manager of Stone Federation's StoneTrain and Training... 1 June 2017 | Training
Training by Mark Priestman
Mark Priestman has more than 20 years’ experience in the natural stone sector. He plays an active role in the development and delivery of training in this specialist environment. Along with his... 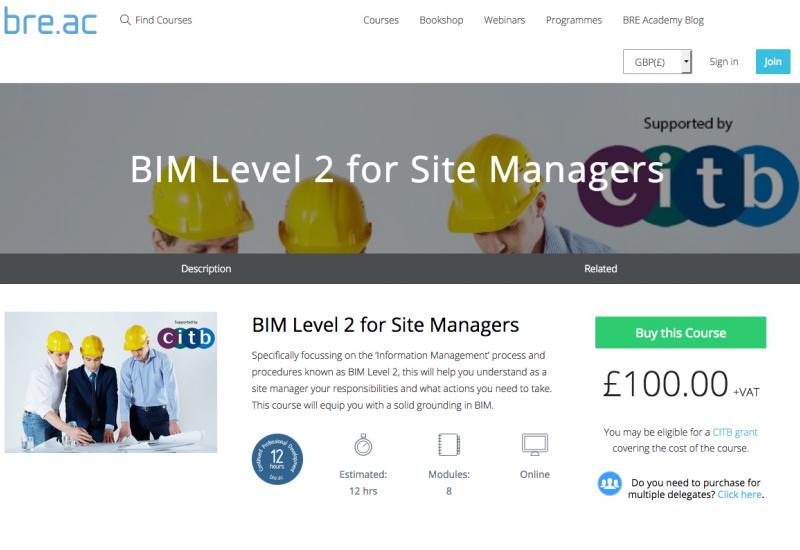 A new BIM course for site managers from BRE and CITB. 31 May 2017 | Training
Archie to represent stonemasonry in Team UK at WorldSkills
Archie Stoke-Faiers has made it into Team UK as the architectural stonemasonry competitor in the WorldSkills competition being held this year (14-19 October) in Abu Dhabi.Archie is 22. He trained at... The Stone-Safe memorial fixing system will be demonstrated at Weymouth College on 19 June. Left. The Worshipful Company of Masons, the stonemasonry Livery Company, donated a £300 prize for the carving competition. Nicholas Payne, Master of the Company, is pictured here presenting the prize for Best Carving to Akira Inman. Judge Tony Webb is on the left.

8 May 2017 | Training
Centre of excellence opens its doors for second annual competition
The carving competition started last year at the world-renowned City & Guilds of London Art School was so successful it was decided to make it an annual event. This year’s contest was held... 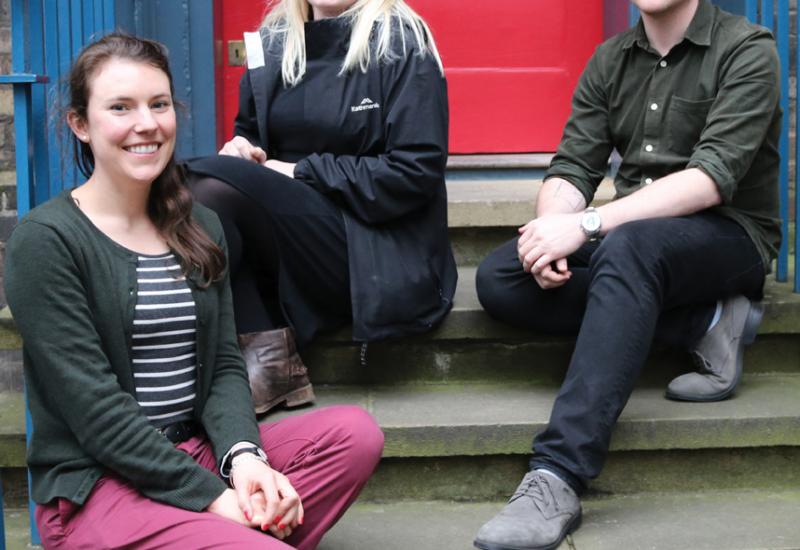 SPAB’s scholars on the conservation trail this year are (left to right) Lilian Main, Aoife Murphy and Kristian Foster. 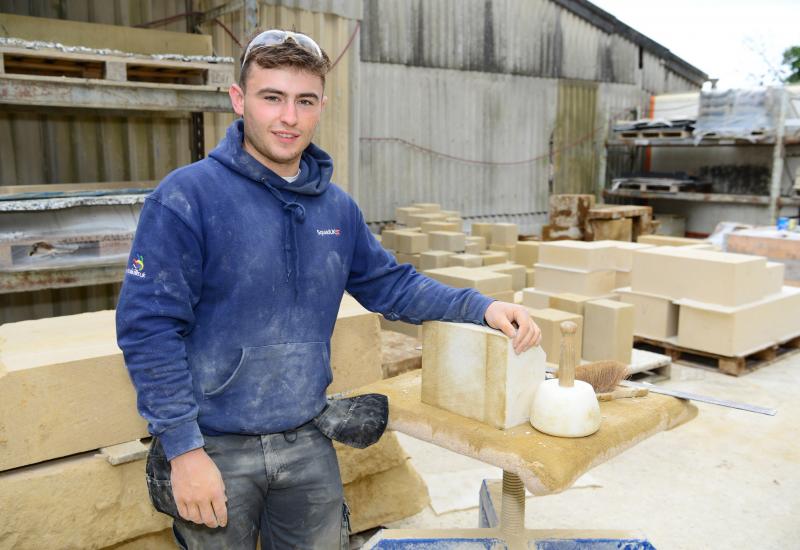 Toby Brook (above), who works for Wells Cathedral Stonemasons and trains at Bath College, and Archie Stoke-Faiers (below), who trained at Weymouth College and is now self-employed, will find out on 28 April which one of them will represent UK stonemasonry at WorldSkills in Abu Dhabi this October.

10 April 2017 | Training
Youngsters wait to hear who has made it into Team UK at WorldSkills
Young stonemasons Archie Stoke-Faiers and Toby Brook and tilers Kieran Magee and Armondas Tamulis will find out on 28 April which of them will be off to Abu Dhabi in October as part of Team UK at... 7 March 2017 | Training
CITB evidence helps put CSCS card fraudsters in prison
It’s been a busy winter for the CITB Fraud Team in the fight against illegal activities in the construction industry.Fraud Investigator Ian Sidney has assisted in police cases that have led to... 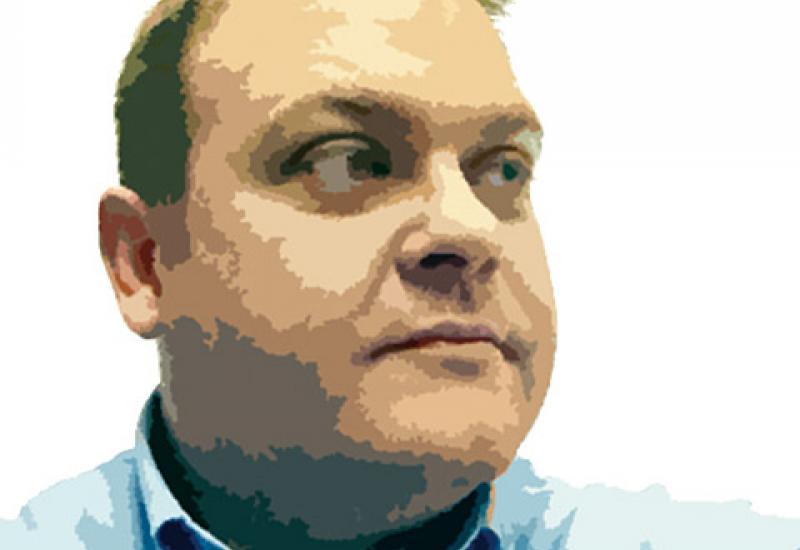 Mark Priestman explains the changes to the Labourer Card.

30 January 2017 | Training
Training: Mark Priestman
Mark Priestman has more than 20 years’ experience in the natural stone sector. He plays an active role in the development and delivery of training in this specialist environment. Along with his... 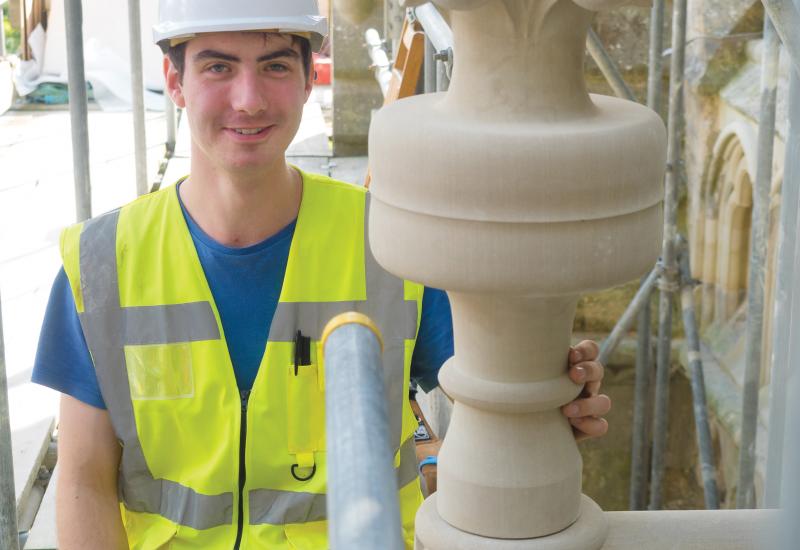 Christian Sullivan has ended his apprenticeship at Salisbury Cathedral by fixing the final finial, which he had carved, of the latest stage of restoration work.

15 November 2016 | Training
Final finial marks the completion of Christian’s apprenticeship
Stonemason Christian Sullivan marked the end of his four-year apprenticeship at Salisbury Cathedral by fixing the last stone on the latest phase of the Major Repair Programme (MRP) to be completed.... 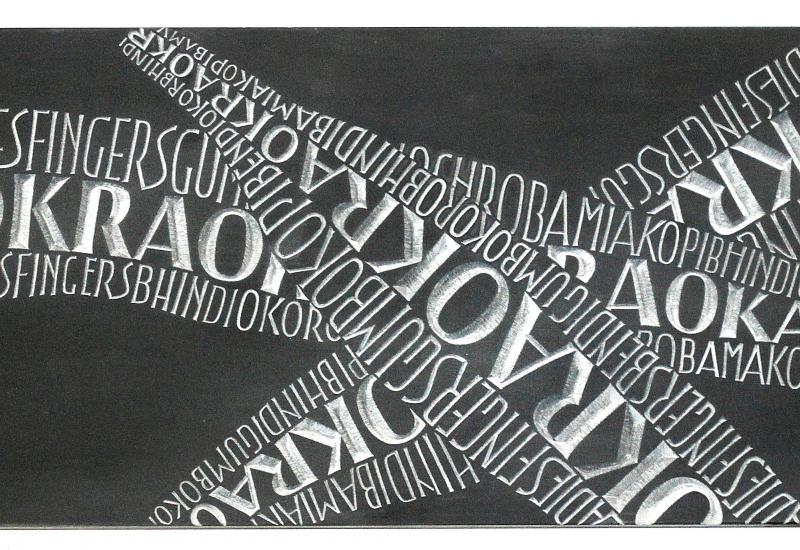 The pictures here, in order starting from the one above, show:

6. Adam Innes, 2016 graduate. Copy of the portrait bust of Pietro Mellini by Maiano from a plaster cast in the Art School collection. Mocha Crème limestone.

20 October 2016 | Training
‘Making It’ at the Lettering Arts Centre in Snape
Two centres of excellence in artistic stonework have come together to present an exhibition called ‘Making It’, on now and lasting until 6 November.The exhibition is being staged by the... 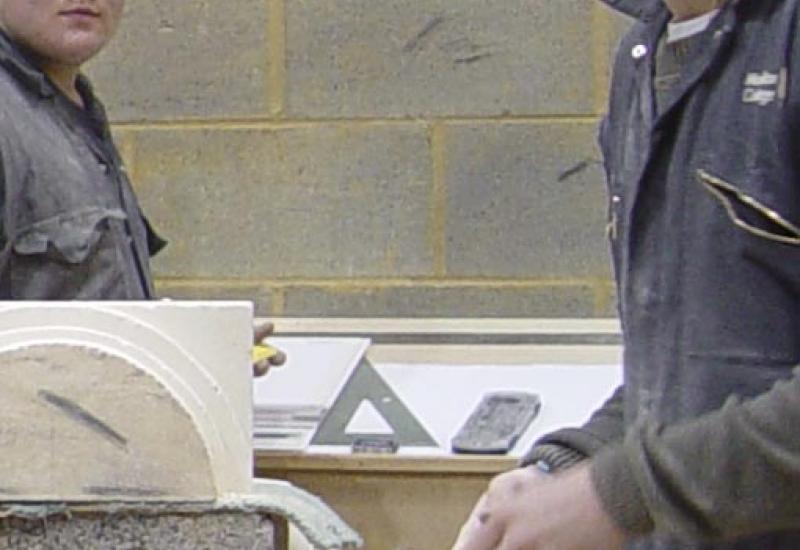 19 October 2016 | Training
Check out this funding for skills and training
Among various training funding opportunities the CITB’s Flexible Fund, Skills & Training, exists specifically to support micro and small employers with the cost of skills and training...